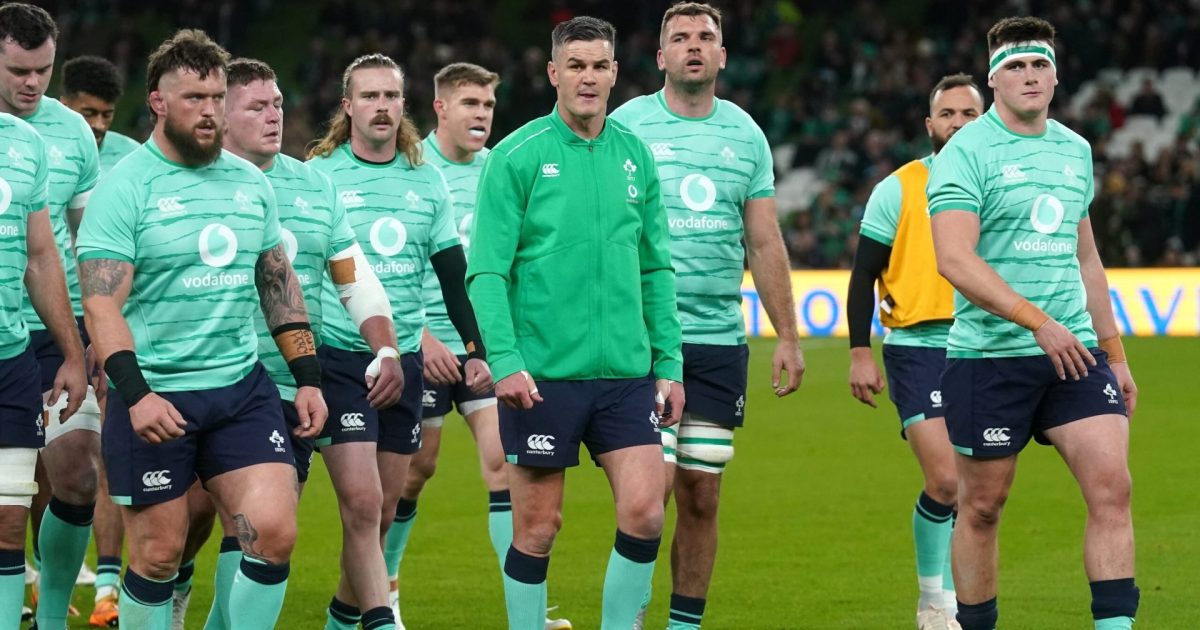 Springboks director of rugby Rassie Erasmus called the Irish ‘soft’ just three years ago, but they produced an inspired defensive display to set up a scoreline ahead of next year’s World Cup group stage clash in Paris.

Farrell dismissed the significance of Erasmus’ comments and believes recent form, including Saturday’s 19-16 successful statement in Dublin, shows his side are focusing on their own strengths.

“I don’t give it much importance because I don’t want to be distracted,” he said. “I want us to bring our own physique because we know how to do it.

“I don’t want the game to be too emotional because I want us to be precise in what we do. I think the game has moved on a bit now as far as hitting your chest and going out and that will do.

“We’re trying to focus more and more on ourselves and I think that shows in how we’re playing right now.”

Farrell won 16 of 17 matches at the Aviva Stadium before the fall fixtures with Fiji and Australia.

The Englishman says that turning the field into a fortress has been a conscious effort and warned that there is more to come from his squad.

“We expect it of ourselves,” he said of the enviable home record.

“We talk about it a lot and it’s nice that we can back that up against a team that we really qualify for and are going to compete hard against for the next year or so.”

Speaking about beating the Springboks, he continued: “It’s based on our confidence in different areas because it’s a different type of game than we’ve been presented with in the last two years. That is final.

“But having said that, I think the belief was there anyway. We know from what we speak and what we’re trying to accomplish in our preparation all the time, there’s more to us and that’s the realization.”

Victory over South Africa followed a historic summer series success in New Zealand to cement Ireland’s status as the top-ranked nation in the world.

Tryscorer Hansen, who capped off the game’s move by diving into the left corner, believes the Irish are unstoppable when in top form.

“When we’re doing our stuff right, we know there’s no team that can handle what we’re doing,” the Australian-born flanker said.

“We just have to stick to our key principles and we will end up winning.”