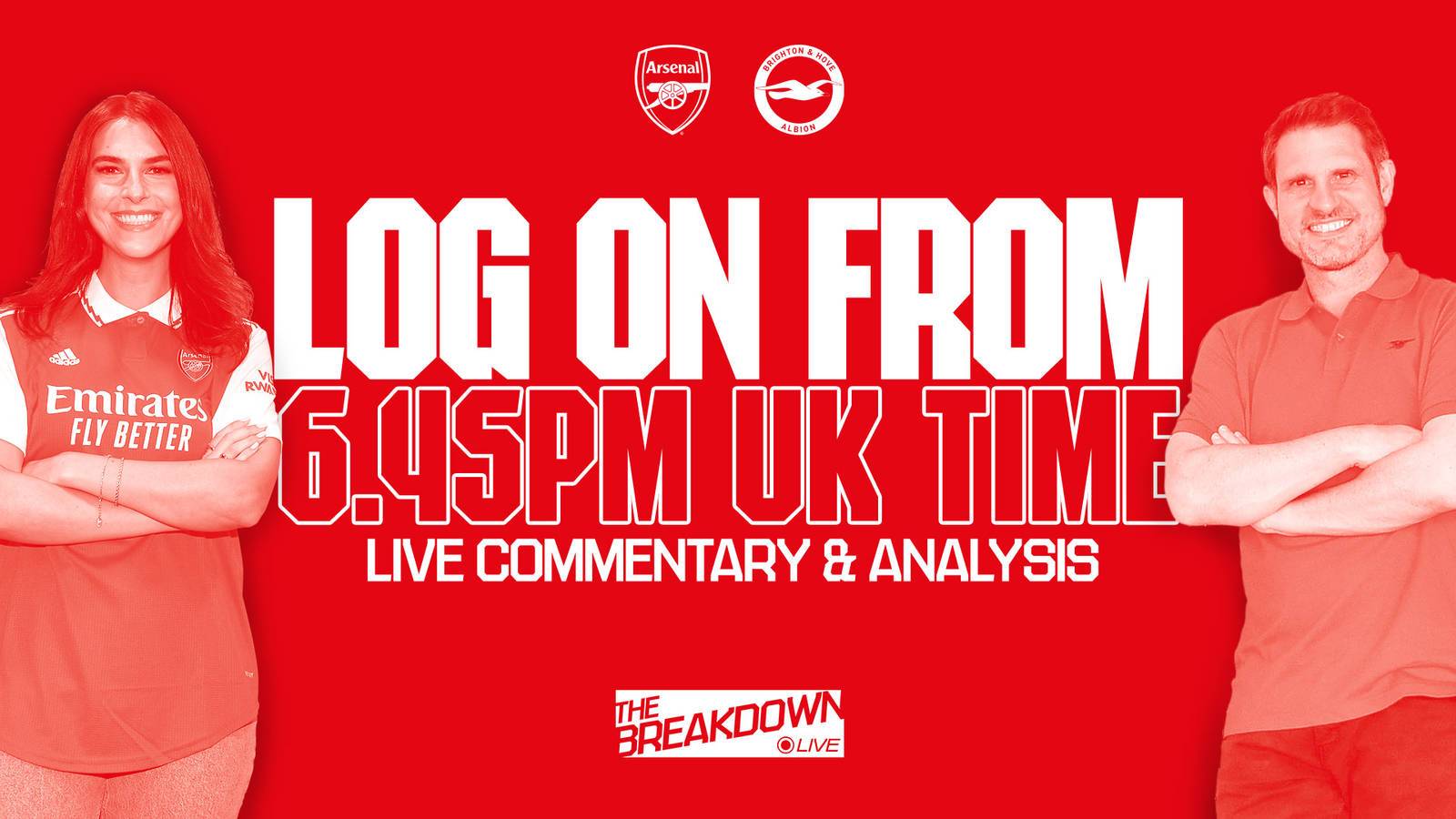 On Wednesday night we host Brighton & Hove Albion in the Carabao Cup, in front of a packed house at the Emirates Stadium.

And if you don’t have a ticket in your hands, Gooners can keep up with the action by heading to Arsenal.com and the official app from 6:45pm UK time and tuning in to Breakdown Live.

As the match is not broadcast anywhere in the world, our matchday show is the best place to keep up with what’s happening on N5, with live pre-match build-up and exclusive match commentary.

Nicole Holliday and Adrian Clarke will be by the pitch an hour before kick-off discussing Sunday’s win at Stamford Bridge, as well as discussing where we can secure victory against the Soaring Gulls.

They will also chat with inspirational Gooner Steve Salmon, who recently broke his own world record at the London Marathon for the fastest recorded time in a non-racing wheelchair, as well as former Team GB boxer Chev Clarke, who will be joining us at the Arsenal Rewards My Box to talk about his preparation ahead of his fight on the Dillian Whyte vs Jermaine Franklin undercard at OVO Arena Wembley.

Then, starting at 7:45 pm, you won’t miss a moment of the action, with exclusive live commentary from Dan Roebuck and Jeremie Aliadiere.

It will be a must-see wherever you are in the world, so log in to Arsenal.com or the official app from 6:45pm!