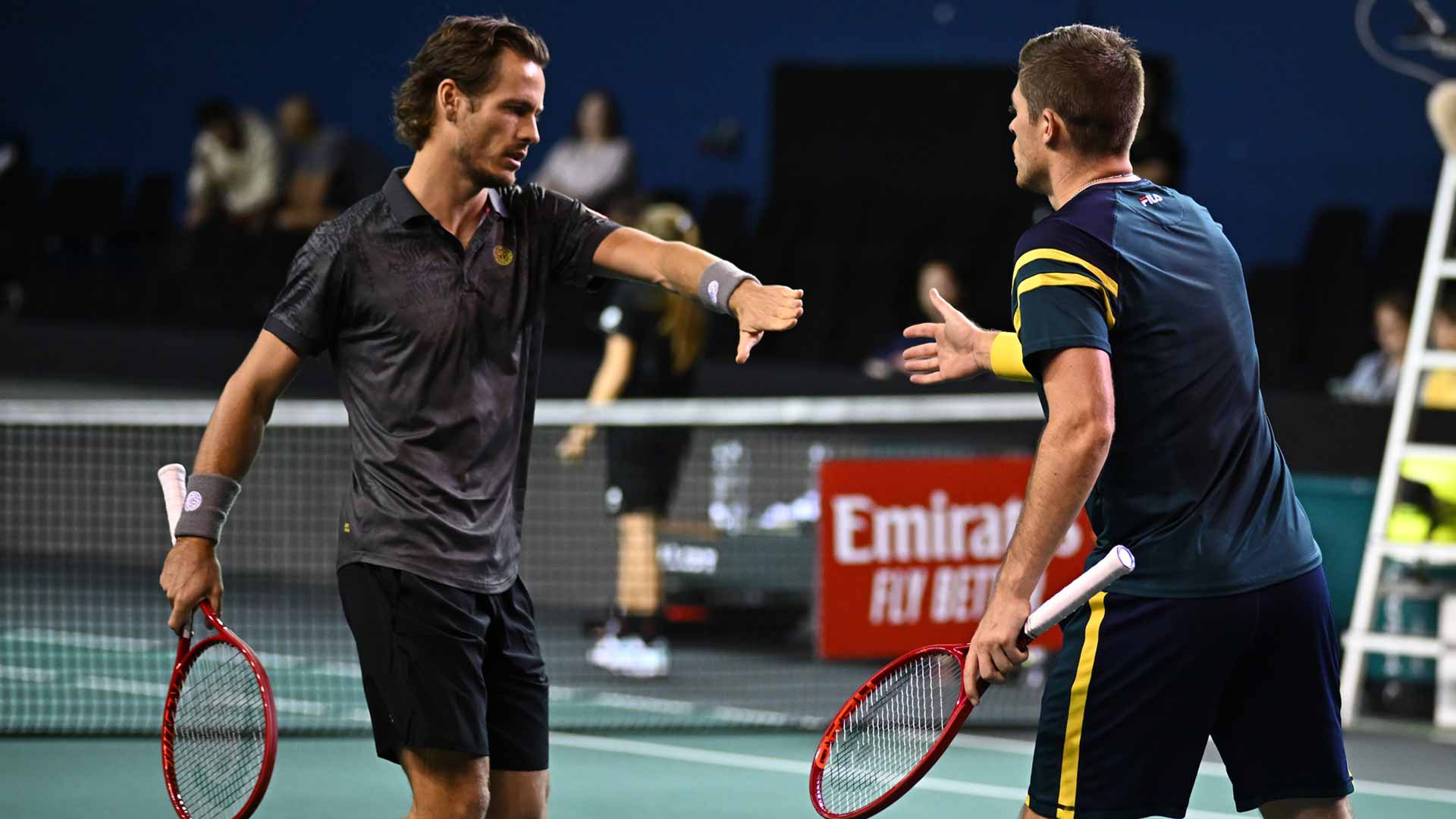 Dutchman Wesley Koolhof had two reasons to celebrate at the Rolex Paris Masters on Friday after teaming with Neal Skupski to reach the semi-finals with a victory that guarantees his promotion to No. 1 in the Pepperstone ATP Doubles Rankings on Monday.

Koolhof and Skupski recorded a 6-3, 6-4 win over Rohan Bopanna and Matwe Middelkoop to move within two wins of their seventh title of the season.

“It’s a dream to become number one in the world,” Koolhof said. “But we still have a semi-final, hopefully a final to play here, we still have Turin. There is still a lot to play for.

“It means everything, obviously. I think the first goal you have when you start playing tennis is to become No. 1 in the world. I didn’t know that until I opened the rankings live on Monday, because I watched the Nitto ATP Finals.” Points fall for Ram and Salisbury. [I] necessary to reach the semi-final here [Paris] to be number 1. It feels great to reach the finish line.”

The second seeds will face Lloyd Glasspool and Harri Heliovaara, who secured their place in the coveted Nitto ATP Finals after defeating Matthew Ebden and Jamie Murray 6-3, 7-6 (6). Saturday’s semi-final clash will mark Glasspool and Heliovaara’s third meeting with the Dutch-British pair this season (1-1).

You May Also Like: Glasspool/Heliovaara To Debut At Nitto ATP Finals

There is only one doubles qualifying spot remaining at the Nitto ATP Finals season finale, which takes place from 13-20 November.