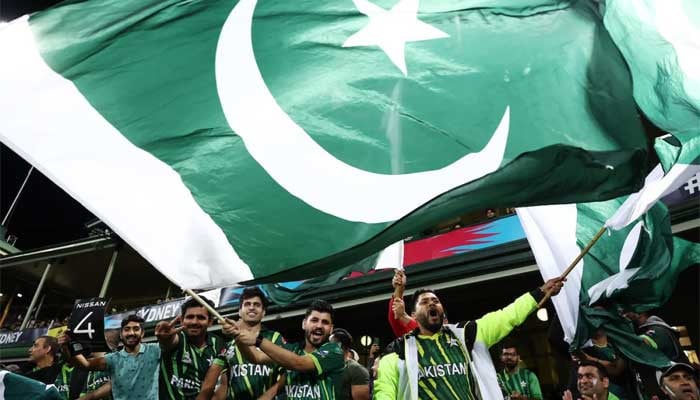 SYDNEY: Pakistan’s miraculous approach to the T20 World Cup final has the nation in awe of excitement and celebrations were witnessed at the Sydney Cricket Ground in Sydney.

The stadium was packed with Greenshirt fans rejoicing at New Zealand’s victory for Babar Azam’s team who won the semi-finals by seven wickets.

Here are some of the best post-victory visual snapshots of Pakistan where emotions, happiness and excitement can be seen simultaneously.