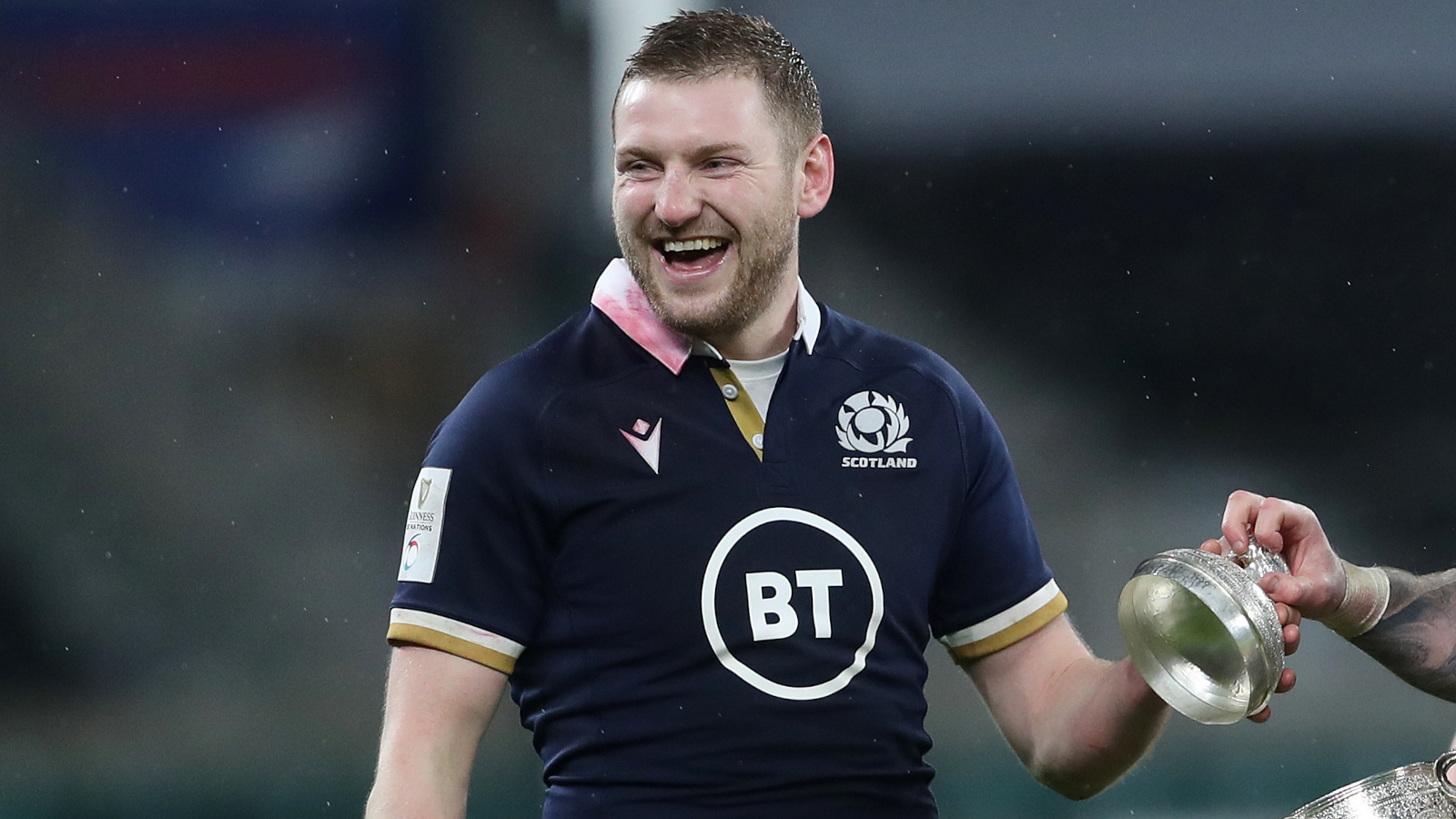 Racing 92 star Finn Russell joined the Scotland squad ahead of their match against New Zealand in the Autumn Nations Series on Sunday.

The 30-year-old was controversially left out of the starting group for year-end internationals, with head coach Gregor Townsend claiming he was fit.

Russell has since impressed with his club side Racing and once again played a star role for the Parisians in their Top 14 win over Perpignan at the weekend.

It’s an injury to Adam Hastings that has opened the door for the British and Irish lion after the Gloucester fly-half was forced to retire due to a big hit from Fiji’s Ratu Leone Rotuisolia on Saturday.

After the 28-12 win, Townsend asked if Russell had a chance of being called up if Hastings was ruled out.

“If Adam is out, Finn would be in the mix of course,” said the Scotland head coach.

“If people aren’t on the team, I don’t regularly call them unless there’s something to talk about. But I imagine it would be available.

“I was disappointed not to be on the team. If we decide to bring another 10, he will be one of the ones we will be looking at.”

Blair Kinghorn filled the starting role for the 16-15 loss to Australia before Hastings was given the role for the trial with Fiji on Saturday.

Ross Thompson of the Glasgow Warriors is also in the squad and was on the bench for their Autumn Nations Series opener against the Wallabies.

However, Russell is back in the mix and could play a part in Scotland’s meeting with the All Blacks this Sunday.

Following that game with Ian Foster’s men, the Scots end their year-end campaign against Argentina on November 19.

READ MORE: Scotland made to graft for victory over energetic Fiji at Murrayfield