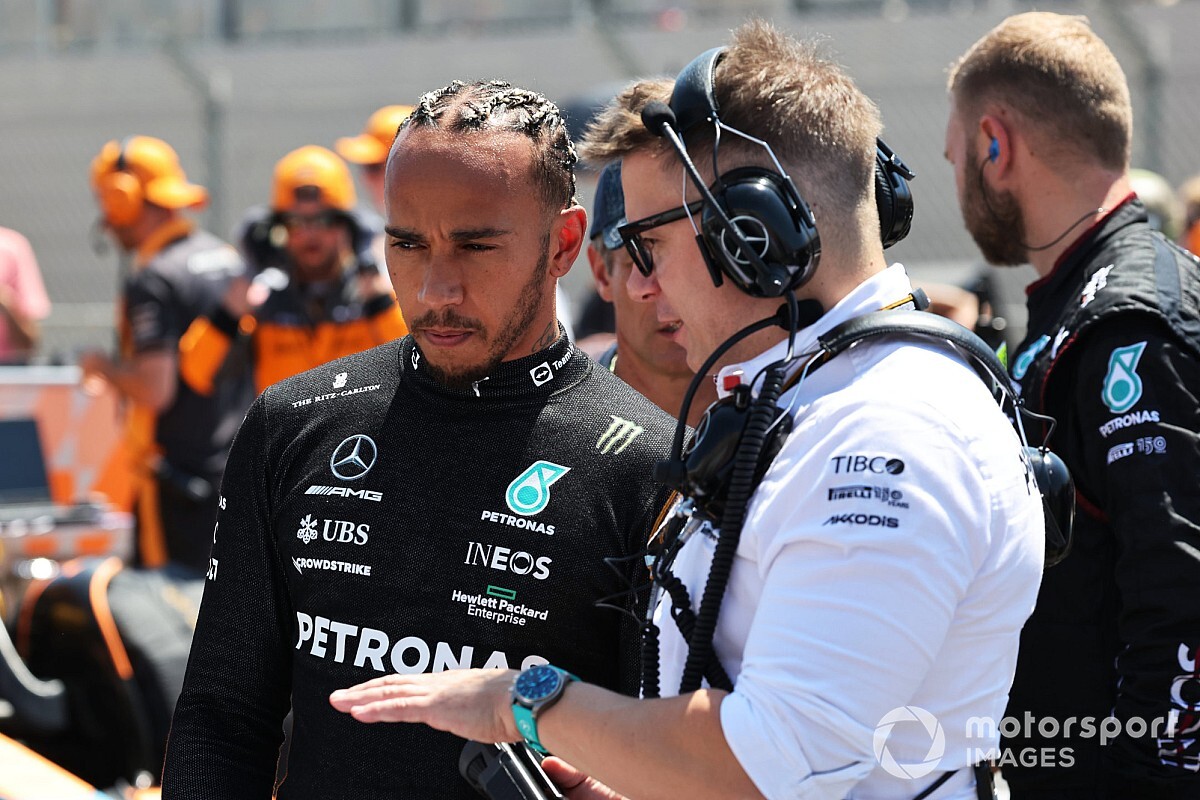 Hamilton has worked with Bonnington, known as Bono, since he joined Mercedes in 2013, and one of the hallmarks of their time together was Bonnington’s “it’s hammer time” call to Hamilton over the radio.
It serves as a reference to MC Hammer’s 1990 song catchphrase “U Can’t Touch This” and to Hamilton’s three-letter designation, ‘HAM’, within F1.

Bonnington recently called out Hamilton at the United States Grand Prix when he was pushing to fight Max Verstappen for the win, with Hamilton noting in Mexico that he “felt like it had been at least a year” since he last heard from him.

Asked by Autosport about the origins of “it’s hammer time”, Hamilton explained how he came up with it as something to spur him on at the end of a stint rather than being told to push.

“I think I came up with the hammer moment,” Hamilton said. “There was a point where he was like, ‘Now it’s time to push,’ and I got frustrated with him because he was like, ‘Dude, I’m already pushing!’

“But I was like, if you’re trying to signify that now is the time to go all out, use everything you’ve got, I said just tell me it’s hammer time. That was part of our growth.

“I am incredibly grateful for Bono, I have had an incredible journey with him. I think we have one of the longest, if not the longest, driver-engineer partnerships that has ever existed. It has been an integral part of my success.”

Hamilton and Bonnington have statistically formed the most successful driver-engineer partnership in F1 history, taking six of Hamilton’s seven world titles as well as 82 of his 103 grand prix wins.

Hamilton said that he and Bonnington had “supported each other on and off the track through the good times and the bad” and were “like a brother to me”.

“He’s probably one of the few people who can really put up with me, I’d say, on the good days and the bad,” Hamilton said.

“How calm he can be throughout the race, and how he’s been able to guide me and help navigate me through a race, I don’t think there are many people who can do that.”