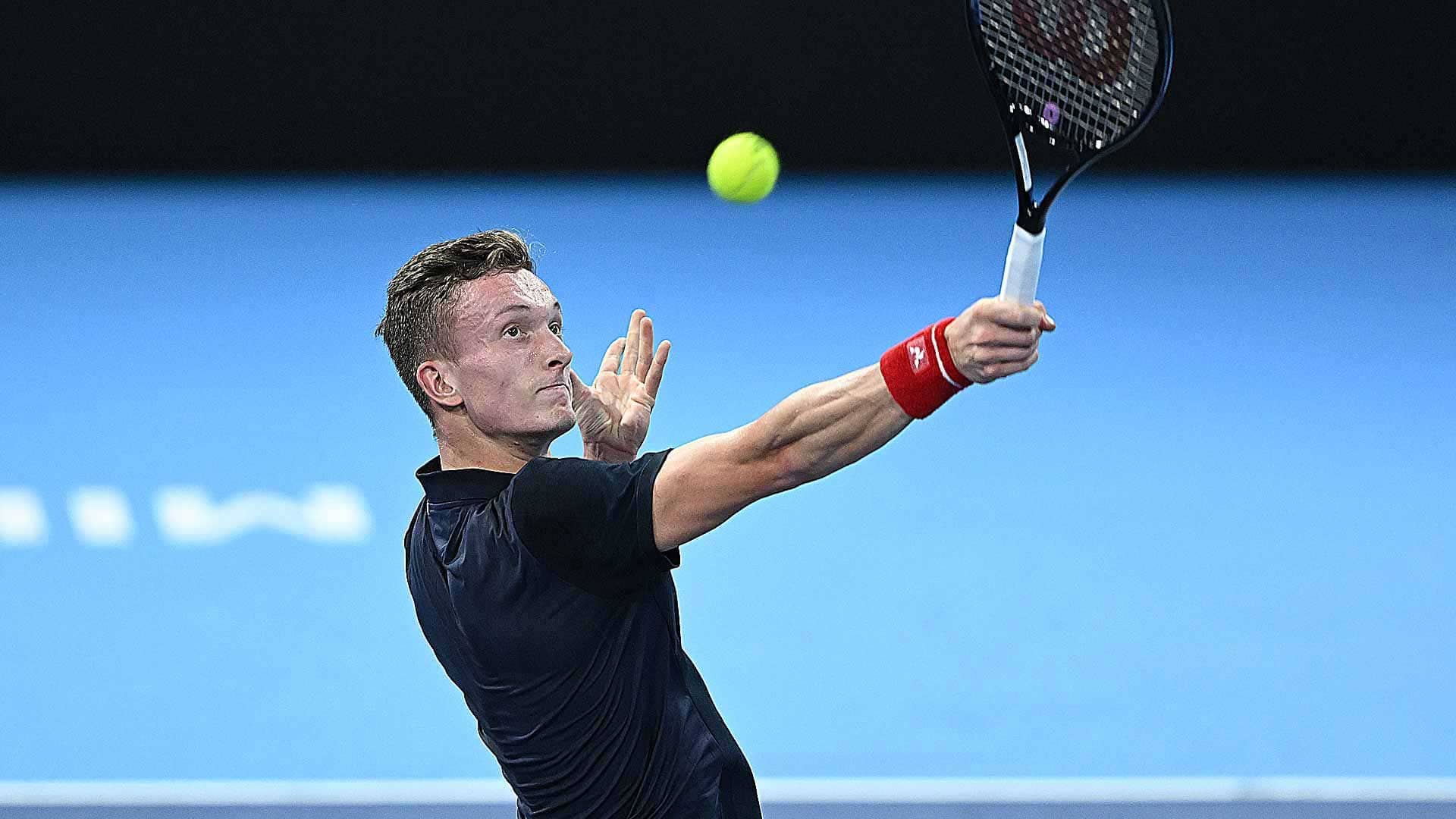 Jiri Lehecka celebrated his 21st birthday in style at the Intesa Sanpaolo Next Gen ATP Finals on Tuesday when he defeated Francesco Passaro 4-1, 4-3 (7), 4-1 to move to 1-0 in the Green Group.

The Czech is making his Milan debut and made a strong opening statement at the under-21 event, quickly adapting to the first-to-four, best-of-five-set format to triumph after 67 minutes.

“I’ve never played a match in this format before,” Lehecka said. “At first I was getting used to it a little bit. I think I settled in well. We’ve used this format in practice and I got used to it pretty quickly and it was fun.”

Lehecka pushed Passaro down the court with his consistent groundstrokes, firing 18 winners and breaking serve three times. With just 15 seconds between points after aces or missed returns, he, too, raced through his service games for the win.

The World No. 74 has enjoyed an impressive season. He reached the semi-finals as a qualifier in Rotterdam in February, before clinching the ATP Challenger Tour crown in August.

Lehecka will also play Americans Brandon Nakashima and Matteo Arnaldi during the round robin stage in Milan. Nakashima will face Arnaldi on Tuesday night in the Green Group.

Passaro maintained a 29-15 record on the ATP Challenger Tour in 2022, lifting a trophy in Trieste.