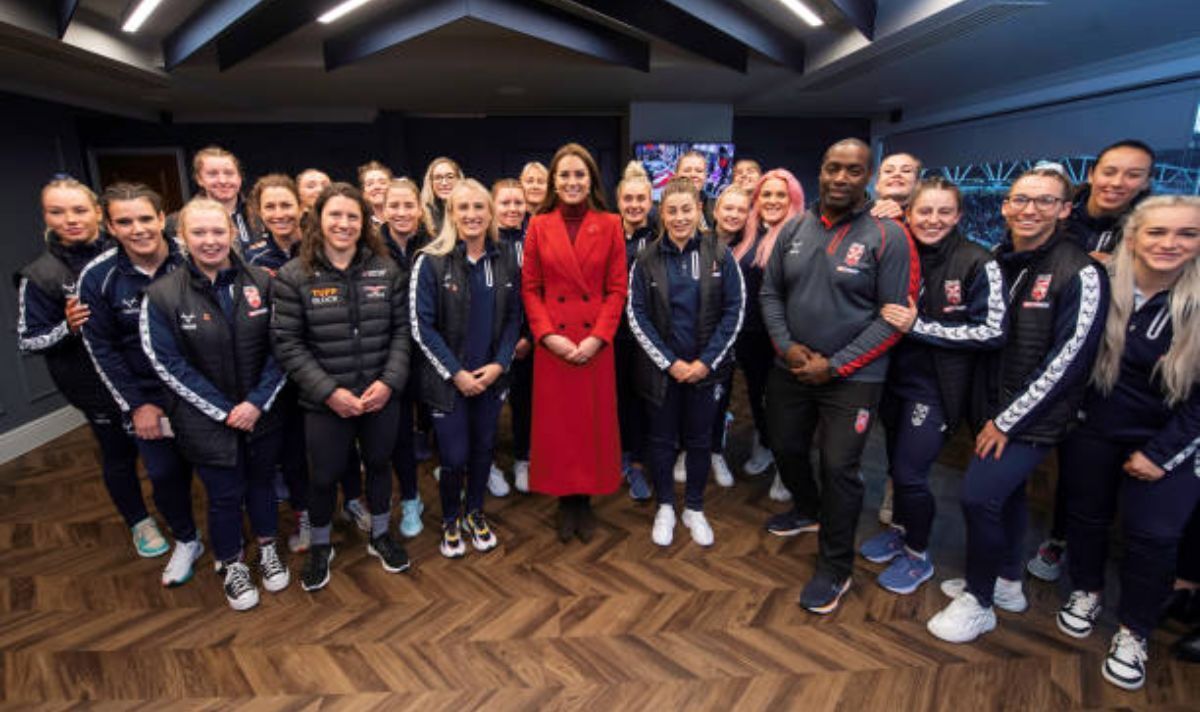 Kate, the Princess of Wales, visited Wigan solo to watch the England men’s team earn a place in the Rugby League World Cup semi-final. She also met with the women’s team at halftime and told them that she was “amazed” by her performance.

The men secured a comfortable 46-6 victory over Papua New Guinea, while the women were also victorious in their match against Canada.

The Duchess joined in the applause during a “no silence” moment held to mark the day of the tournament’s Movember Mental Fitness Match.

The aim is to address the damage done to men’s mental health by keeping silent and not speaking up.

Royals fans raved on Twitter about the Princess’s appearance in the game, with @MarktheYorkshireman writing: “Isn’t this just fantastic?

“Our future Queen spends a lot of time with the players and mascots of both teams.

“What an absolutely genuine person, Her Royal Highness seems… so charming. God bless her.”

Another user @timsheringham posted: “It was wonderful to see the Princess spending so much time chatting with all the players and pets. A day they will remember!”

User @crompono1 told Kate: “It was great to see you taking so long to chat with the little ones and…ignoring the red carpet!

She added: “It’s amazing to see the women’s game being played at the same time, alongside the men’s game.”

The princess told player Jodie Cunningham: “I’m so in awe of all of you, you’re in charge of your day jobs, as well as training, as well as family life and things like that, it’s extraordinary. You juggle everything.”

Mrs. Cunningham responded: “There are some amazing women on this team.”

Kate also said the inclusion of the sport was “really impressive” adding: “That’s why I’m so proud to be a sponsor.”