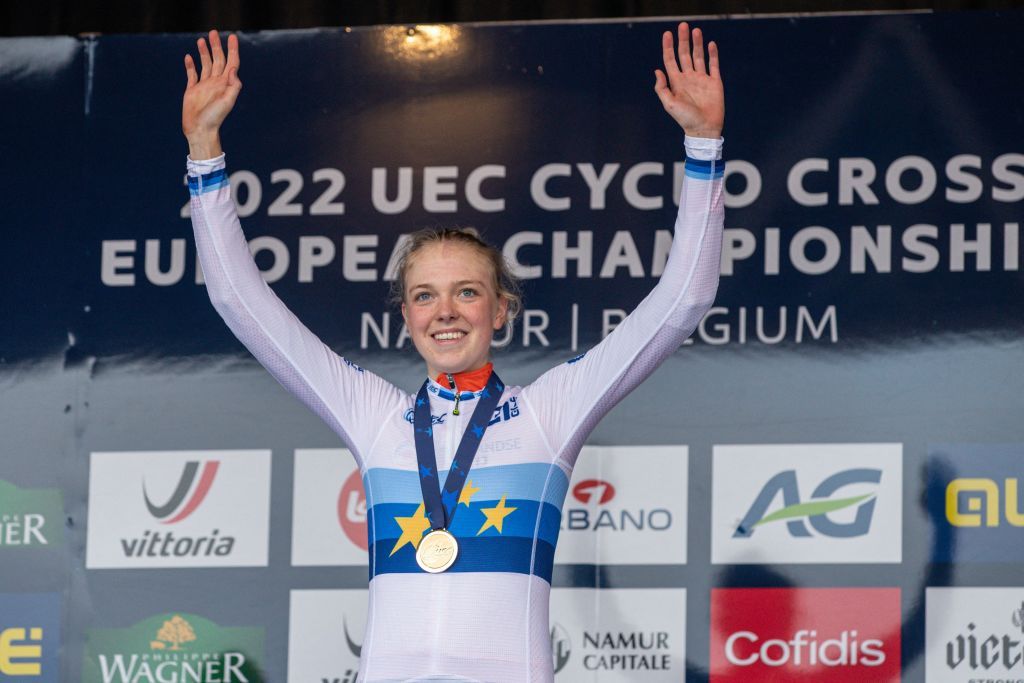 Marianne Vos says that her fellow Dutchwoman and future Jumbo-Visma Women teammate, Fem Van Empel, will be a “great rider” in both road racing and cyclocross disciplines.

Eight-time cyclocross world champion Vos has also won world titles on road and track, so he knows what it takes to be a multi-disciplined cyclist.

New European champion Van Empel hopes to emulate her fellow Dutch rider and will move from Pauwels Sauzen-Bingoal to Jumbo-Visma on a two-year deal with plans to ride in road, mountain bike and cyclocross events.

Reigning cyclocross world champion Vos is just three races into her cross season and finished ninth in the European Championships on Saturday as 20-year-old Van Empel cruised to victory, her sixth in a row.

“We’ve already seen it for a few weeks,” Vos said. “I think it’s good to have such a good line-up with the Dutch and we can go ahead and try to improve each other.

“Of course, we all hope [Van Empel’s move to Jumbo-Visma]. We’ll see in the cyclocross season and then we’ll see what he can do on the road as well. I think she will be a great runner in both disciplines.

“We can’t put the pressure on such a young rider yet, but she obviously has great potential.”

Vos comes into the cyclocross season after a successful road season that saw her win two stages and the points jersey at the Tour de France Femmes and two stages at the Giro d’Italia Donne.

The 35-year-old rider won six cyclocross races last season, including the World Championships in Fayetteville last January. However, he is winless so far this cross season and finished Saturday’s European Championship more than three minutes behind Van Empel.

Vos admitted to suffering on the tough ride that included a cobbled climb to the Citadel of Namur.

“It was difficult,” Vos said. “I had a tough day, but it was tough for everyone. I was just trying to keep my own pace and keep going. It was definitely a tough day and I hope for better days to come.”

“It’s early in the season, I knew it was going to be tough on a course like that, you just have to keep going.”

Vos enters the new cyclocross season after finishing 14th in the Road World Championships at the end of September.

This season’s Cyclocross World Championship brings a return to the Netherlands and Hoogerheide, where Vos also won the title in 2009 and 2014. The Dutch star hopes to win the title again in front of his home fans on February 4.

“I had a short rest period and then a bit of preparation for this part of the season,” Vos added.

“Fortunately, there is some time left until January and February. The World Cup is in my home country on Dutch soil, it’s a great thing to look forward to.”