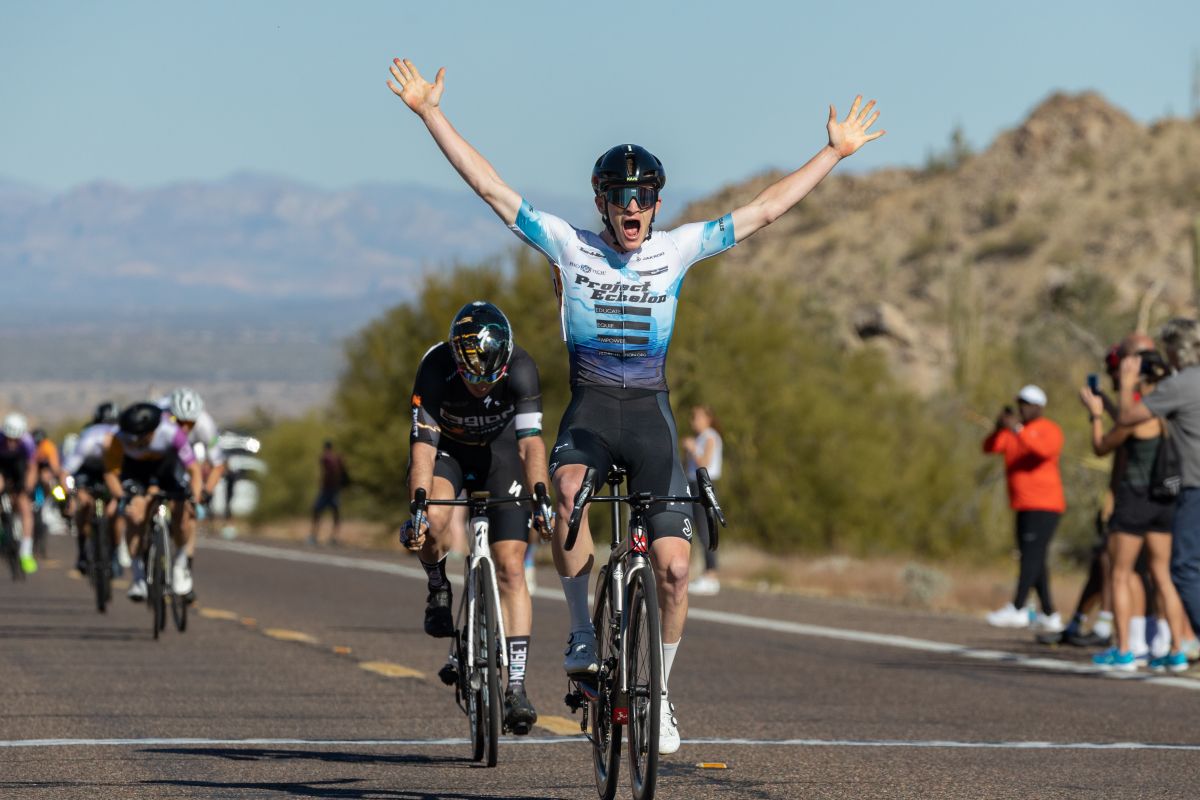 Project Echelon Racing moves up to the UCI Continental level in 2023 after six seasons in the amateur classes and as an elite US men’s national team. The 12-rider roster will be headed by Tyler Stites, who won a pair of stages last year. in the Tour of the Gila in two UCI stage races in the US and had three third place finishes in the Joe Martin Stage Race.

The Wisconsin-based program had one of its most successful road campaigns in 2022, with overall wins in US stage races: Tucson Bicycle Classic, Redlands Bicycle Classic, Valley of the Sun and Green Mountain Stage Race . On the criterium scene, Project Echelon swept the individual categories and finished second as a team in the inaugural American Criterium Cup.

“This is a momentous opportunity for our team, riders, fans and the hundreds of military veterans that the Project Echelon organization supports. We believe in the work we are doing on and off the bike,” Eric Hill, Team Owner and Manager. , he said of stepping up to the continental level and continuing to support the national nonprofit Echelon Project, with its mission to support military veterans through physical activity and self-discovery.

“We have built a winning culture, defined by our determination and perseverance. Making this announcement as we celebrate Veterans Day makes it even more special.”

Key departures include American riders Brandon Feehery and George Simpson along with Canadian Jordan Cheyne. Feehery captured the professional men’s titles, overall and points, at the American Criterium Cup, while Simpson won the bronze medal at the US Pro Time Trial Championships.

At the US Pro Road Race Championship in Knoxville, Stites edged out Magnus Sheffield (Ineos Grenadiers) for the silver medal. He later raced as a stagiaire for Human Powered Health and will be key to the team’s stage racing roster.

In criterium events, 21-year-old Ethan Craine finished on the podium at the season-ending Bucks County Classic in Pennsylvania in mid-September. A string of strong results in the American Criterium Cup series earned the New Zealander the U-23 top prize and propelled Project Echelon to second place overall in the team standings.

Racing in 2023 will start with a select team in February at the Tour of Antalya in Turkey and the Tour of Rwanda. The full roster will then gather for a training camp in Tucson, Arizona, in March before the Tucson Bicycle Classic, where Stites and teammate Zach Gregg went one-two overall last spring.

Stage races in the United States will remain a focus on the calendar along with the Tour de Beauce in Canada, the Vuelta a Guatemala and a block of European races in July and August. The team will also target races for its sprinters again in the American Criterium Cup series.

The team will continue to promote the mission and vision of Project Echelon and will be supported by veteran-owned companies such as BioTech Pharmacal and Trace-A-Matic. One of the main community events will be the Project Echelon Fund in Tucson on March 12, an event open to all fans and supporters.

“The partnership that Project Echelon has with companies goes beyond the sport of cycling. We support veteran employee resource groups, access health and wellness benefits, and empower our communities. The visibility we provide through sport is just an added benefit to many of our partners as we stay focused on our mission.”