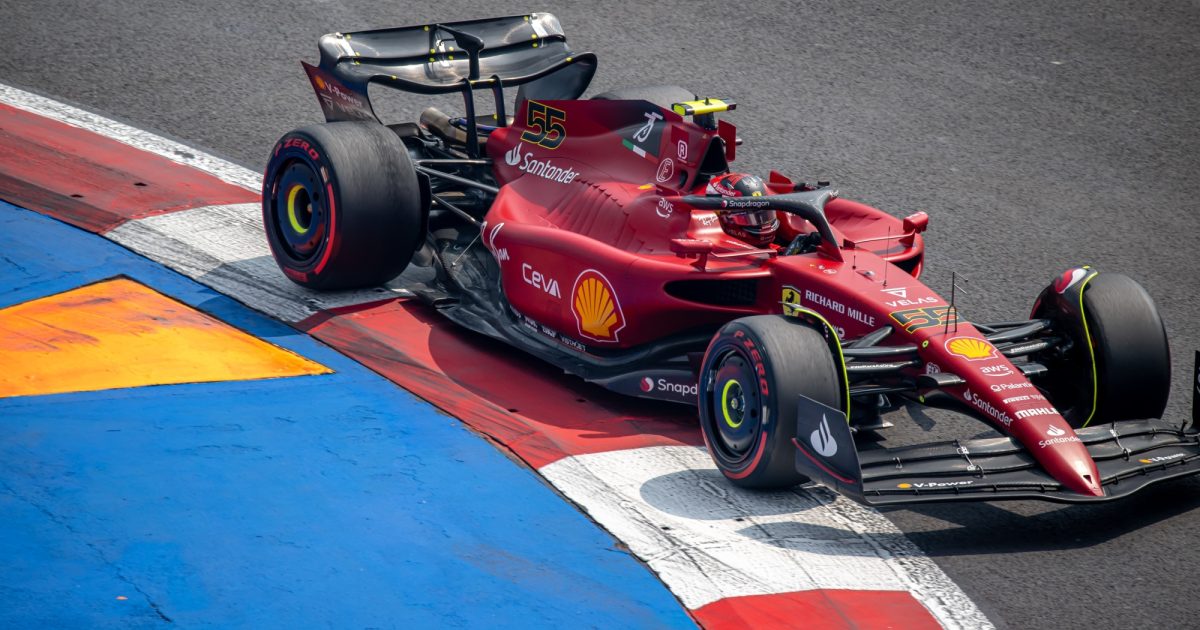 Carlos Sainz has opened up about how he has tried to adapt to the pace of his teammate Charles Leclerc.

The Spaniard retired in two of the first four races and, despite Ferrari opting to extend his contract, he still had question marks after failing to win a race or achieve at least one Pole Position with the Italian outfit.

It slowly took shape as the season progressed, especially in Canada when he battled with Max Verstappen for victory. At the British Grand Prix he continued in that fashion, this time taking Pole in difficult conditions and then taking his first F1 win.

Sainz says it was difficult for him to catch up with the F1-75 initially and to the point where he was able to challenge Leclerc and Verstappen more regularly.

“I always feel that I am fast in any type of car, and for the first time in my career I found myself with a very competitive car but with which I did not feel comfortable and natural,” he said speaking with BBC.

“I had to challenge myself and break new ground of setup and driving style that I wish I didn’t have to break open, because I wish everything had been so much more natural and positive.”

Even though Sainz has followed Leclerc all season, he is happy to work hard to find the lap time and ultimately be ahead of his teammate in the stats.

“This year he has been driving at a level very close to that of Max or any other driver,” he said.

For me he has had a perfect season in a certain way, apart from the two or three typical mistakes that everyone makes in a year, or the luck that perhaps he has lacked just like me.

“I’m not proud, because I’m not ahead. The day I’m ahead in the stats is the day I’ll be proud. Until then, I’ll keep working on it, I’ll keep finding lap times on myself.”

Sainz: “The fact that I’ve turned my season around makes me happy”

The qualifying battle between the two has changed throughout the season, especially in the last two races in the USA and Mexico, where the average gap was 0.013s.

Although Leclerc suffered from engine problems during those two race weekends, it’s still an impressive feat to challenge one of the season’s favourites.

“It’s a stat that makes me proud of progress: not giving up, not allowing myself to get comfortable with being 0.2 seconds behind and always challenging myself to find new ways of driving cars, which is not easy,” says Sainz.

“When you see other drivers on the grid, you can see that it’s hard to turn a season around, or change the feeling with the car. You don’t see that very often. The fact that I managed to do that makes me happy.” .”