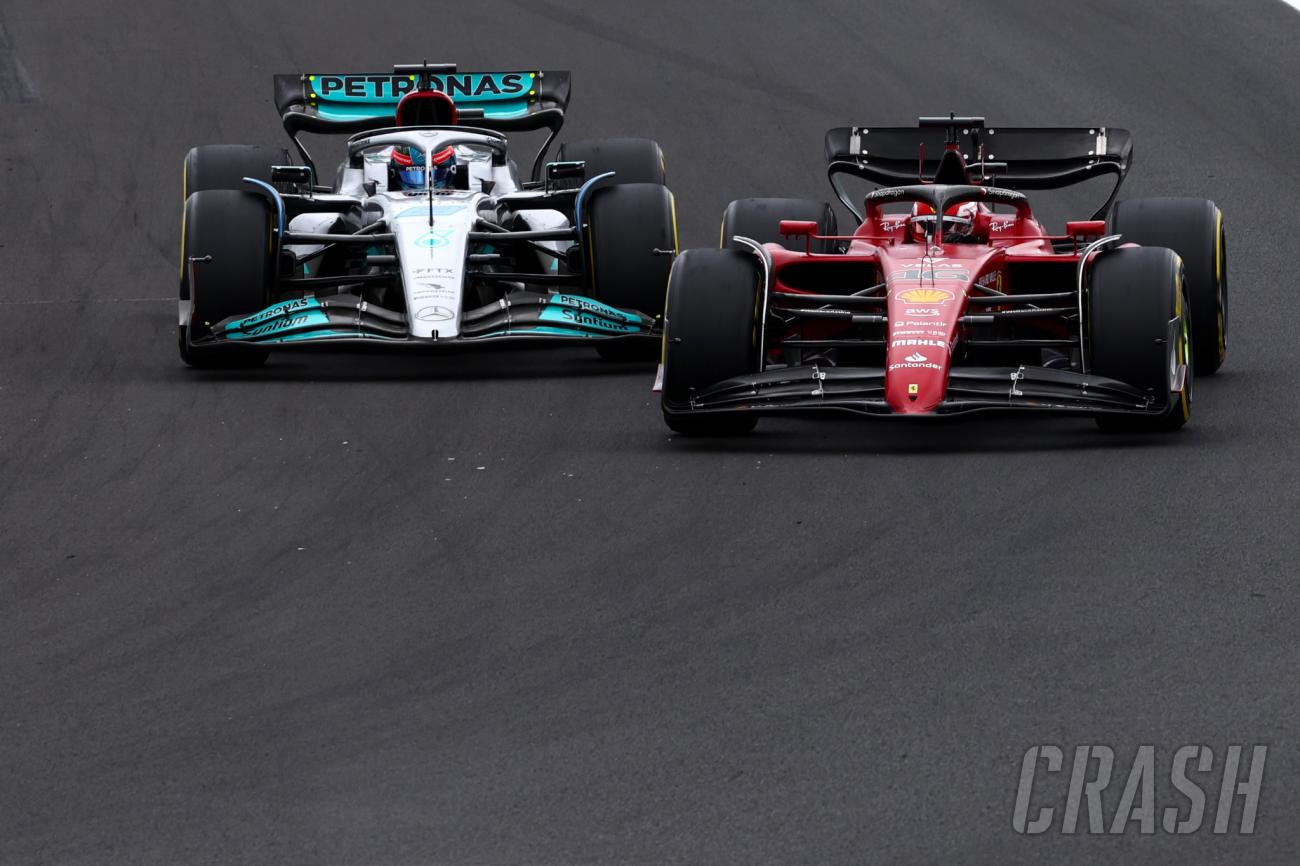 Mercedes is now just 40 points behind Ferrari in the race for second place in the F1 constructors’ standings with two rounds to go.

Ferrari enjoyed a significant performance advantage over Mercedes until the summer break but have struggled since Spa.

The Italian manufacturer endured its worst weekend of the year at the Mexico City F1 Grand Prix, with Carlos Sainz finishing more than 40 seconds behind race winner Max Verstappen.

On the other hand, Mercedes was Red Bull’s closest rival in Austin and Mexico, with Lewis Hamilton potentially in contention for victory both times had he had a better strategy.

Speaking after the race in Mexico, Binotto insists he is not worried about a mini-resurgence of Mercedes due to differences in car development this season.

“Mercedes is coming back,” Binotto said. “They have developed more on the car than us. We also know that we stopped the development of our car quite early, focusing on 2023.

“So I’m not too worried about the rate of development because I also know when we stop developing.”

Ferrari have not won a race since the Austrian Grand Prix in July, while Red Bull have taken nine wins since then.

Assessing the recent races, Binotto added: “Certainly if I look at the last few races it hasn’t always been great, but in Singapore I think we were very competitive. The one after, Japan, was wet. Yes, we weren’t as fast as Max, but it wasn’t drama, and certainly not in qualifying.

“In Austin, in qualifying, we were competitive, but not as competitive as we expected in the race. [In Mexico], it was much worse. I don’t think it’s the same trend because Singapore, competitive; Japan, not bad; United States, good quality. So it was much more difficult.

“I hope this is not a trend, but it was a [bad] weekend for us, so the job is first to try to analyze what is happening and what has been the main thing and try to be competitive again for our level of competitiveness, at least in the last two races. We certainly hope to be there and fight for a better result.”