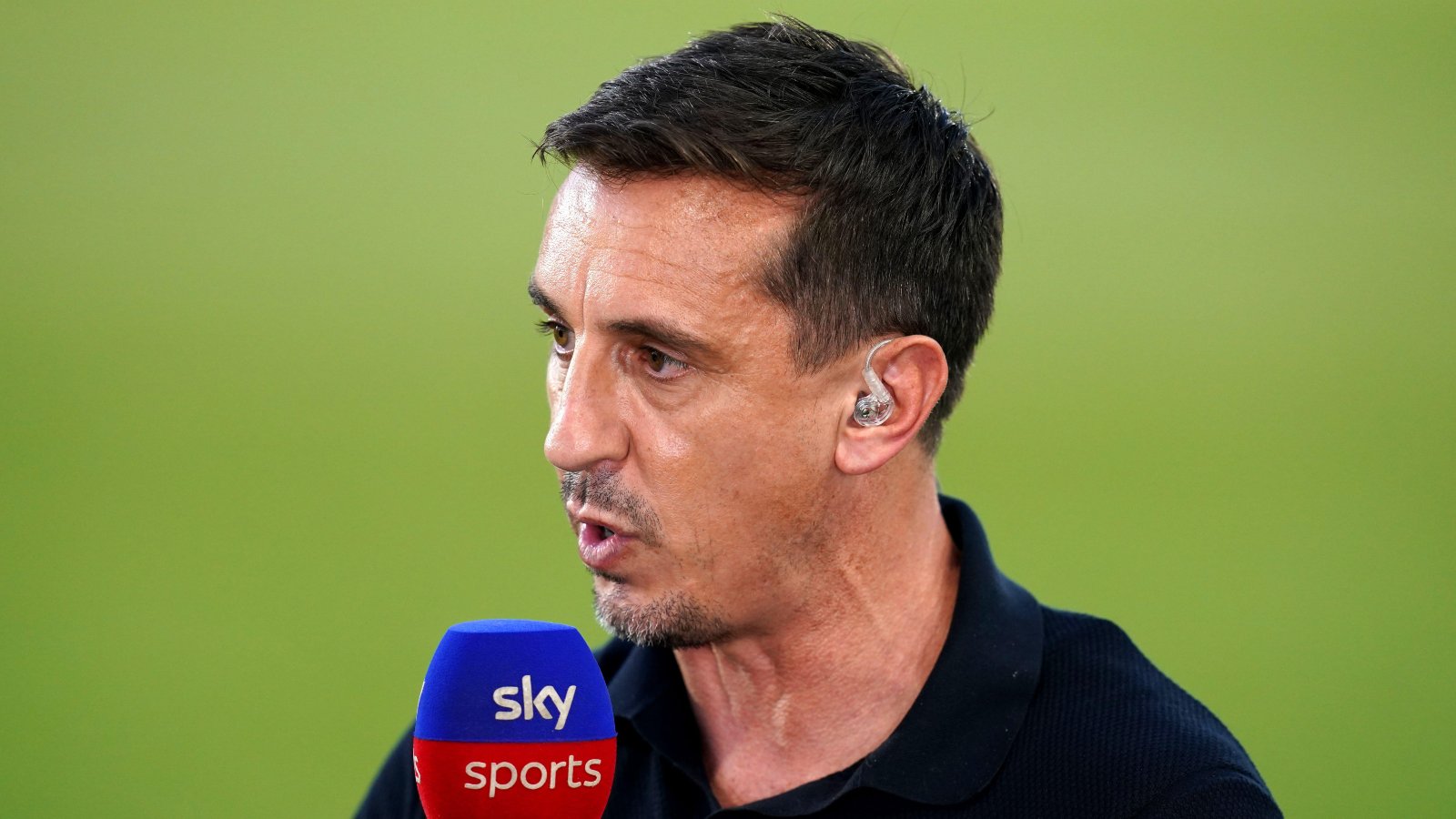 Gary Neville thinks Manchester City will clinch the title and Arsenal still need to prove they can finish the season well.

The Gunners have made an incredible start to the new Premier League season with Mikel Arteta’s men winning 11 of their first 13 games.

The summer addition of Gabriel Jesus in attack and the return of William Saliba in defense has made a huge difference, and Arsenal have become much more consistent so far this season.

But Neville is curious about how Arsenal will end the season with the Gunners used to showing poor form towards the end of a campaign.

Speaking in the overlapNeville said: “The only thing Arsenal have shown in recent years is that they fall apart at the end of the season, until they see that they don’t, I still have that doubt. Why not?

“Manchester City will win the Premier League by 10-15 points this season.

“I’ve seen it before when you have a team that is so exceptional, we had that a few times with Manchester United when I was playing, where you just know a team just doesn’t have the ability to go all the time. way to challenge the best team.

“If Arsenal do that, it will be unbelievable, and I want them to push City, but it won’t happen.”

And Neville believes that February and March will be a real test of where Arsenal stand as a team after their impressive 1-0 win over Chelsea at the weekend.

“I watched the first half of the match between Chelsea and Arsenal. I didn’t see much of the second half, but Arsenal’s performance in the first half was fantastic.

“The authority they had in the game, they looked by far the best team and it was a fitting performance from Arsenal.

“I saw Manchester United at Stamford Bridge a couple of weeks ago and they were nothing like that.

“Chelsea are not at their best, but Arsenal are doing everything right at the moment.

“Last season we had our reservations about Mikel Arteta, but we wanted them to tell us the truth because I like the coach and his style of football.

“We have 25 games left in the season, with the massive interruption of the World Cup, but I see Arsenal in the top four this season.

“If Arsenal lose a couple of games and the teams under you win those games, the pressure now mounts and that’s when we’ll find out if Arsenal can handle the pressure.

“The big moment will come in February and March, where we will see what Arsenal is made of.”

READ MORE: Ian Wright features in an England XI that never made the World Cup cut