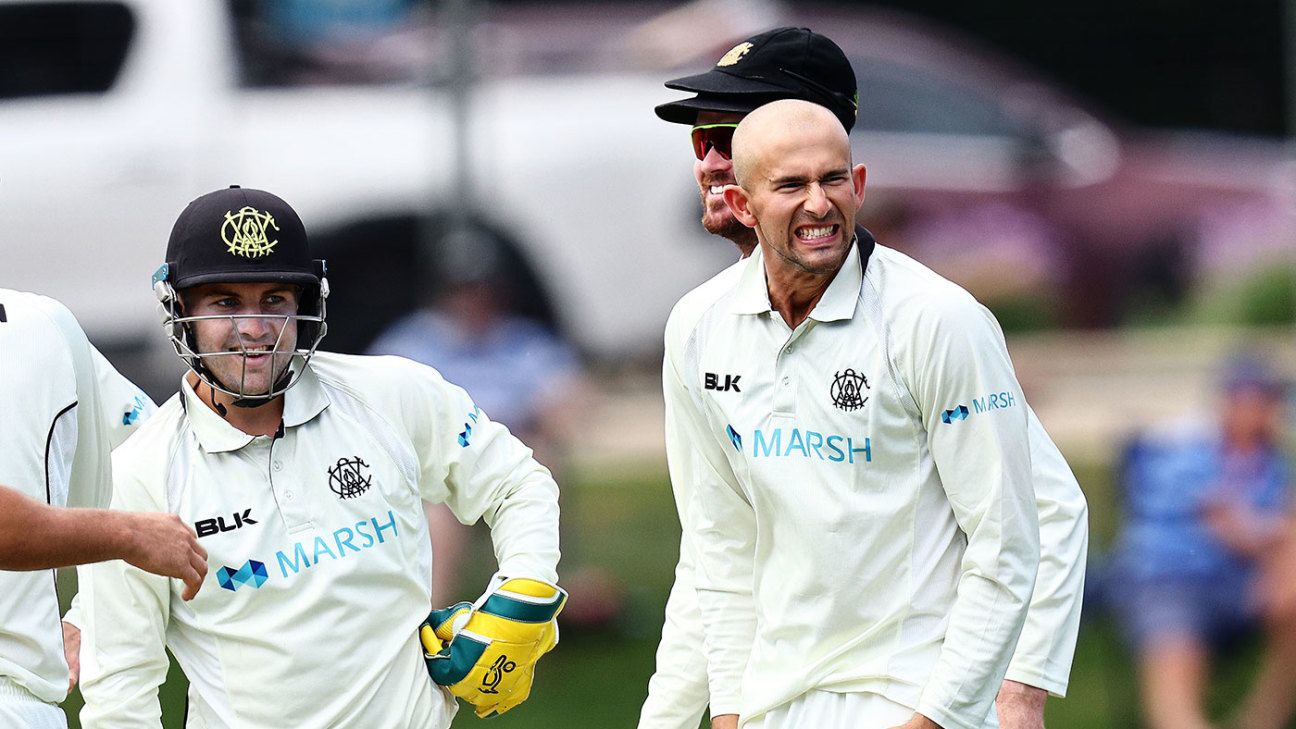 With his sights set on Australia’s tour of India early next year, Ashton Agar has begun his preparation for a possible long-awaited test withdrawal, confident he can switch between formats “quickly”.
Agar was a notable inclusion in the Prime Minister’s XI squad to play the West Indies in Canberra in a four-day, day-and-night first-class match that began on 23 November. Back in Perth after Australia’s T20 World Cup exit, Agar hit the WACA nets in a bid to meet the red ball again.

“I just played a nice long bowl at the WACA and faced the red ball again,” Agar told reporters Thursday as part of Youth Focus, a leading provider of youth mental health services in Western Australia, which was announced as a charity partner for the Perth trial. “I still have a desire to play red ball cricket. I would love to be a part of the India Test tour.”

The Prime Minister’s affair XI is effectively a warm-up for the visiting West Indies team ahead of the two-Test series which begins in Perth on November 30, but it also presents opportunities for Australia’s fringe players.

Agar has been a regular member of Australia’s limited squads over the years, playing in their win over Sri Lanka in Perth in the T20 World Cup, where he was a late replacement for front-row player Adam Zampa, who had tested positive for Covid -19.

But his busy commitments in the limited overs formats have meant that Agar is unavailable for Western Australia (WA) in the Sheffield Shield, with his last appearance coming in April 2021. He holds a first class average record with an average of 41.28 and amazing at 80.7 with the ball.

Despite his suspect red-ball record, Agar remains an intriguing prospect for the Australia hierarchy, who are keen to see the left-arm spinner play more in first-class cricket with the India tour just around the corner. the corner.

Ashton Agar said he wasn’t fazed by being typecast as a white-ball specialist.•AFP via Getty Images

“I think all the skills are there. I have enough experience to change formats quickly,” he said as he revealed he could play in the WA Shield match against Queensland from December 1. over a long period of time… it’s just a different battle.

“I’ve had a couple of decent lateral strains recently, which I have to be a little careful about. So taking that extra care on your body and trying to be as professional as possible is probably the key to moving forward.”

Agar, who scored 98 from No. 11 in the Test debut during the ashes of 2013, played the last of his four Tests in 2017, although it was seen as a great opportunity to play in the mid-year series in Sri Lanka. until it suffered significant lateral stress.

“They (games in India) were my favorite games to watch growing up. Games happen fast. The ball spins for miles…if you hit well there, you hit very well.”

He will not play in the WA Shield match against South Australia at WACA from Friday, but has been included in Australia’s ODI squad for the upcoming three-match series against England. And Agar said he wasn’t worried about being typecast as a cue ball specialist.

“The important thing is communication with the coaches,” he said. “They have been very good to me. Communication has been very open and very clear. If they wanted me to play more red ball cricket, they would have given me the opportunity. That is exactly what they are doing now with Prime Minister XI game, and maybe another Shield game after that.”

If he ends up playing in India, it would be a dream come true for Agar, whose only previous Test experience on the subcontinent was in Bangladesh, also the last time he played a Test.

“They (matches in India) were my favorite games to watch growing up,” Agar said. “Games happen quickly. The ball spins for miles … if you hit well there, you’ve hit very well. Playing there and hopefully playing really well is kind of a goal.”