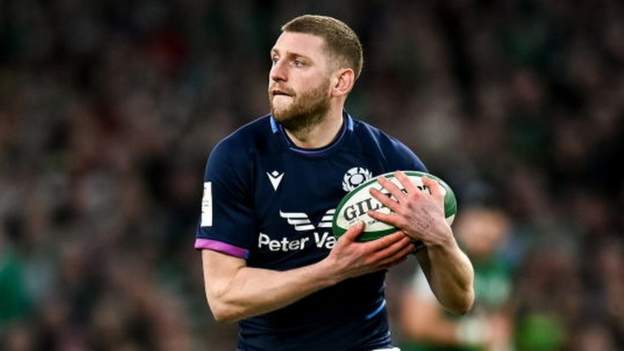 Finn Russell will start for Scotland against New Zealand at Murrayfield on Sunday following his retirement.

The Racing 92 flyhalf was originally omitted from the Autumn Nations Series squad but was drafted after an injury to Adam Hastings.

Russell, 30, has not been involved since this year’s Six Nations, having missed the summer tour of South America.

The British and Irish Lion have 63 caps for Scotland.

Gregor Townsend’s side opened the series with a frustrating one-point loss to Australia before last weekend’s 28-12 victory over Fiji.

Scotland have never managed a victory over New Zealand in 31 attempts in 115 years.

The All Blacks, who were last in Edinburgh with a 22-17 victory in 2017, ran through eight tries to demolish Wales 55-23 in their first Test on the tour.