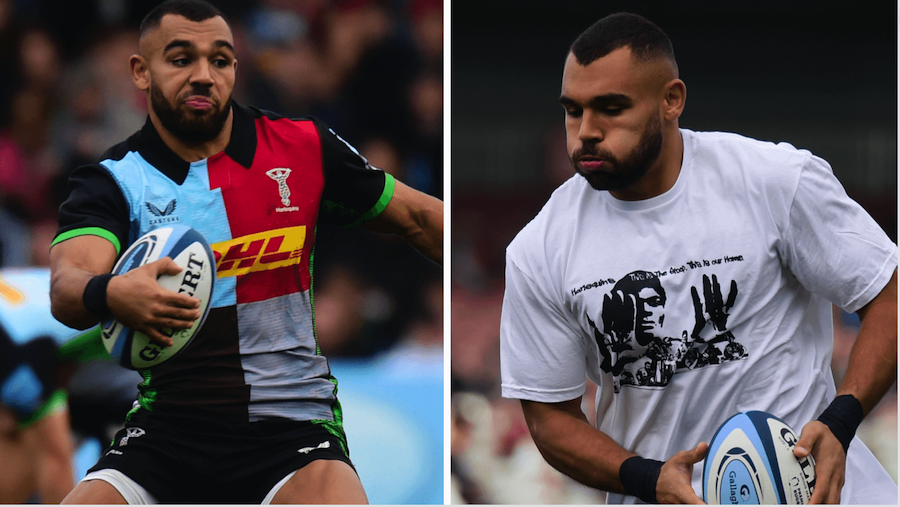 The Harlequins have confirmed today that Joe Marchant will leave the Club at the end of the season.

Marchant will leave the Club after nine years at The Stoop, having joined the Senior Academy setup in 2014 and making his senior debut the following year.

The 26-year-old runner soon became a regular feature within the starting XV, earning over 130 Famous Quarters appearances to date and being an integral part of the 2020/21 Gallagher Premiership-winning squad.

Marchant achieved international recognition with England and worked with Harlequins to develop a short-term loan spell with the Auckland Blues Super Rugby team in 2020 to develop his experience and skills.

Director of Rugby Performance Billy Millard said: “We will be sad to see Joe leave us at the end of the season; It has been an absolute pleasure working with him over the last few years and seeing him progress in our Academy. We had positive discussions about renewing his contract, and we would have loved for him to continue on The Stoop, but we are grateful that he was given another chance that we couldn’t compete with.

“Joe is one of the Academy’s most recent success stories, and we’re proud that 69% of our current men’s team have passed him. This is core to our DNA and we are very confident in the talent that will come through this channel in the future.

“We remain on good terms with Joe and wish him the best for the future. There will always be a home and a place for him to return to in the future, but for now, we look forward to the rest of the season together.”

Commenting on his departure at the end of the season, Joe Marchant said: “I am so proud and grateful to have been a part of Harlequins for the last 10 years. I have made some amazing memories on and off the field and made great friends along the way. This club has been a home for me and will always have a place in my heart.

“The time has come to leave the Club and I am excited for my next challenge. I will make the most of every moment for the rest of this season proudly wearing my Quins jersey.

“Thanks for all the support!”