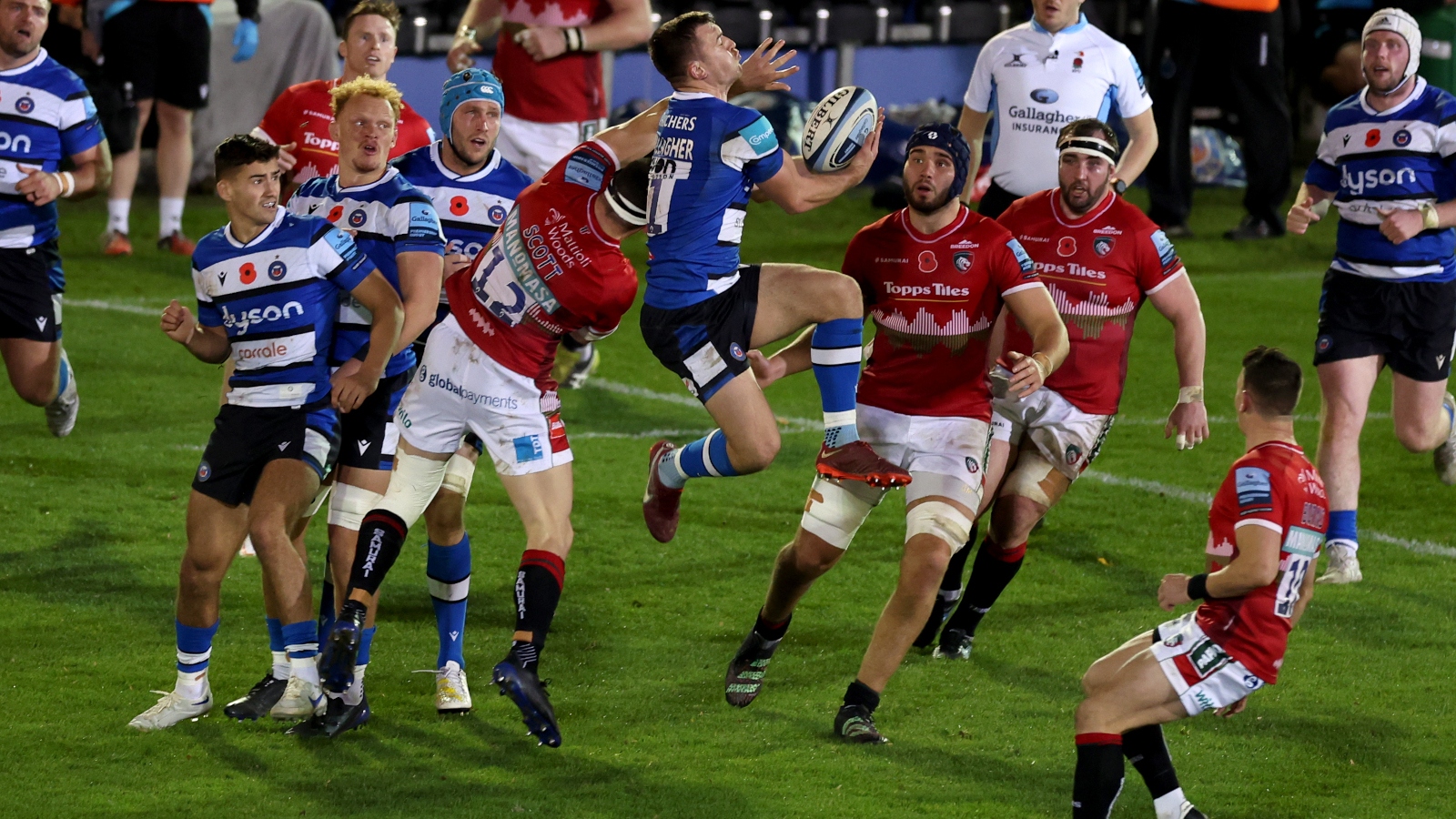 Will Butt produced a brilliant end to the clock in red as Bath secured their third successive Premiership win by defeating defending champions Leicester Tigers 19-18 at the Rec.

It was a close game throughout, but it was the hosts who got off to the best start when Orlando Bailey rewarded their early effort with a penalty.

Leicester began to take control, however, taking a 10-3 lead thanks to Freddie Burns’ three-pointer and Nemani Nadolo’s try.

Although Ted Hill answered for the West Country team, the Tigers held a 15-8 halftime lead thanks to a point-blank effort from James Cronin.

The second period was particularly tense, as Bailey and Burns traded penalties before Bath’s fly-half cut the difference to four points with 10 minutes remaining.

Johann van Graan’s men pressed for the winning try and came dramatically when Butt held the attention of several defenders to land for a big Premiership win.

The Rec has seen some cramped finishes over the years, but this one was as close as any, and never more welcome to the Bath faithful.

Bath had been quickly on the scoreboard with a Bailey penalty from 30 metres.

But it was a lopsided fight for the next half hour as Leicester brought their heavy weapons into action, particularly through the muscular presence of the Nadolo winger.

Nadolo, soon to leave the Tigers for a mid-season move to the Waratahs, scored a trademark try after just five minutes, sweeping away tackle attempts from Butt and Jamie Shillcock. Burns, whose jump pass created the scoring, converted from the touchline.

The Fijian was a threat in midfield, adding his pace to the visitors’ heavy infantry as the Bath defense struggled to cope with pace and running angles.

The Harry Potter center almost benefited from a sniper run from Richard Wigglesworth only for Ollie Lawrence to force a knockout blow, while Hill made an equally revealing tackle on Harry Wells under the Bath posts.

Burns stretched the visitors’ lead to 10-3 with a penalty and they might have had more to show for their territorial dominance had Shillcock not been so vigilant at the back.

Thus, Bath’s attempt in the half hour came out of nowhere, as Lawrence broke from deep and Bailey found Jonathan Joseph with a flat pass. The England international broke through and Miles Reid supported to drive Hill away, coming off the Nadolo tackle to score. Bailey’s conversion was extensive.

Leicester only held a two-point lead on 67 per cent possession, but they couldn’t be denied for long when prop Cronin landed on a catch and hit after a mounting penalty count saw Bath forced to defend a line-out in the corner. Burns was also unsuccessful with his kick.

Bath was more combative after the break and Lawrence was stopped under the posts. The Tigers continued to hold out until Bailey settled for a point-blank penalty.

Burns hit back with a long-range penalty in the 65th minute, but Bailey helped himself to a successful third kick at the other end after Burns was guilty of a deliberate hit, before the hosts cruised to victory. by death.