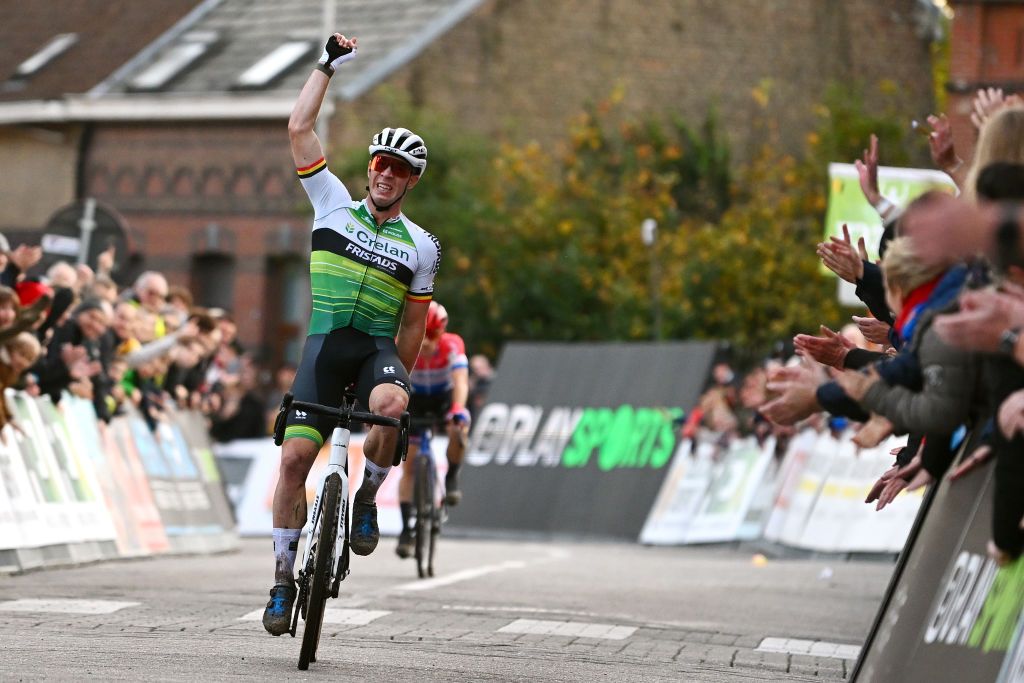 Sweeck made his winning move through the sandpit on the final lap and crossed the line with three seconds to spare, forcing van der Haar to settle for second place.

It was his second win of the season after a Maasmechelen World Cup win, and his eighth podium performance on the international cyclocross stage this year.

“They often tell me to keep calm in training. Maybe I should agree with them now,” said Sweeck, who had suffered from cold symptoms and did not train for two days during the week.

“I was sick, but maybe it helped. I was at my limit. Otherwise I won’t let Lars come back. I think now I will focus fully on the Superprestige and the World Cup.”

A group of 11 riders emerged on the first lap of what turned out to be a fast circuit at Niel. Eli Iserbyt and Vanthourenhout opened a gap, but both van der Haar and Sweeck soon reconnected with them at the front.

Sweek used the sandbox to beat his rivals, but van der Haar was able to join him in what turned into a two-man battle for the win when Iserbyt made some technical errors.

Sweeck proved, once again, to be stronger in the sand on the final lap, with van der Haar not being strong enough to close the gap before the finish line.

“I knew Laurens was very strong in the sandbox. It just didn’t work out today,” van der Haar said.