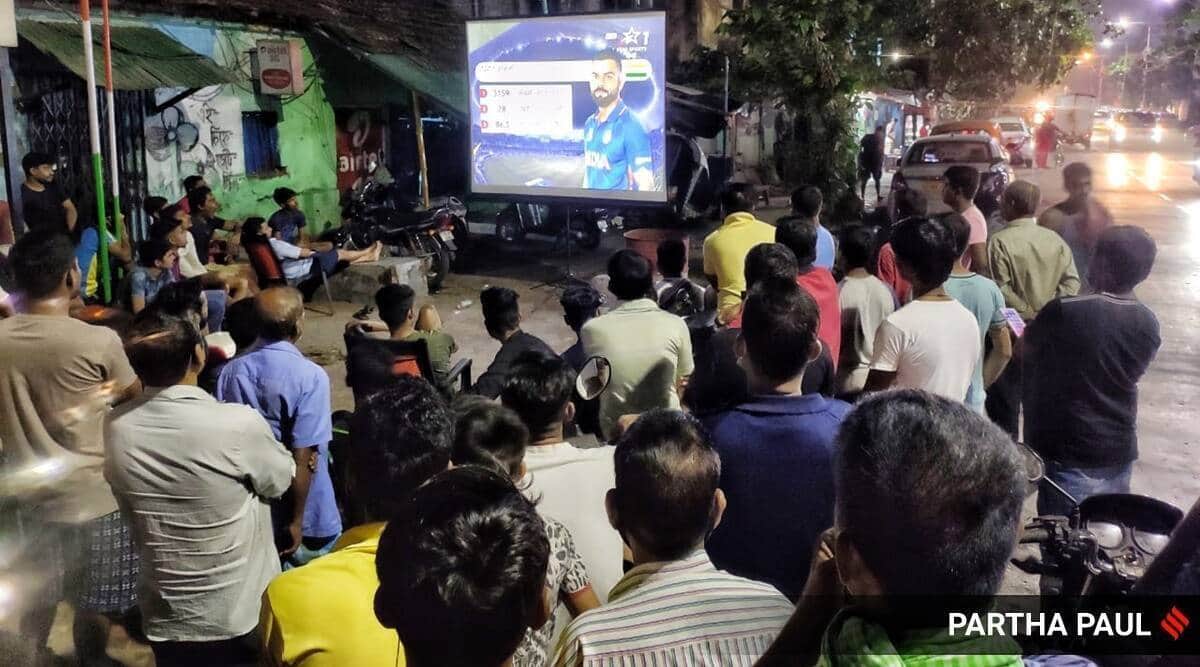 I yelled a happy “yay”, and everyone looked at me. Muslim name, Kashmiri origin and a shout of joy make me a Pakistani follower for sure. I am very sad to announce that I am part of the tiny minority who simply do not care about cricket or its results.

Since morning, he had been dreading the possibility of an India-Pakistan match. In these times, it can have consequences.

There is a cycle, which was waiting to start, like last time. Some children reportedly made transformed videos of people shouting praises to Pakistan. The explosion of the firecrackers would have been attributed to certain mohallas. There would be arguments and counter-arguments in the offices, where every reaction of the Muslim employees would have been examined. Muslims would have to clap louder and cry louder to show their love for the country. And the Kashmiris, “branded anti-nationals”, would have no place to prove anything.

I remember the last big game when Kashmiri youth were expelled from universities, detained and arrested.

Not that I’ve never been interested in cricket. I even remember those Sharjah matches between arch-rivals and neighbors, who were still sane. Commentators from both countries used to sit in the same box, commenting on pretty women and their accessories. There were some World Cup matches that I watched with interest.

However, when I saw the madness and frenzy that the game is capable of generating, I distanced myself. When I saw how the love for the game was overcome by the hatred for the other, I weaned myself. Cricket is no longer a game, cricket is politics. And now more than ever, it is an important tool in divisive politics. Whatever battles the people of both countries are fighting (social unrest, inflation, plummeting economies), an India-Pakistan matchup is a huge distraction. It is presented as the biggest battle and everything else takes a backseat.

For days, hate has been spreading on social media. People from both countries participated in insult matches, in which the players and even their families were not spared. Where Anushka Sharma is blamed for every ball Virat Kohli misses, Sania Mirza is blamed for the Pakistani team’s worst performances. Televisions are smashed, stadiums are burned, houses are stoned, public property is damaged. People are beaten, mocked, trolled. Heroes become villains in one day, captains are required to be changed with each victory or defeat.

Over the past few days, Twitter jokes have been taking a dangerous turn. The spirit of the game is clouded when even strangers threaten each other with violence, when videos of Muslim children celebrating India’s victory have to be used as a testament to love for the country. Some news channels call the Pakistani team “Babar ki Sena”. On the other hand, Pakistan, recovering from the great political drama after the attack on former Prime Minister Imran Khan, has people debating about “the might of India” at the ICC and how India cheated to win the previous game, etc.

Yeah, I don’t watch cricket. I don’t care who wins or loses. I’d rather go to a nice restaurant to have a quiet meal with my loved ones while the “fans” are busy cursing each other. I have a small group of friends who have similar views and my children are fortunately not part of the cricket frenzy.

Yes, he was happy that the earth would be spared another day of negativity, when the ball had become a bullet, the bat a pistol, and the field a battlefield. My resolution is not to watch cricket until it is treated as just another game. My love for each other is more important than my love for any sport. Sport has to be a unifier, not a divider. As insignificant as it may be, I will only pray: “May our tribe grow.”

The writer works at Pixstory