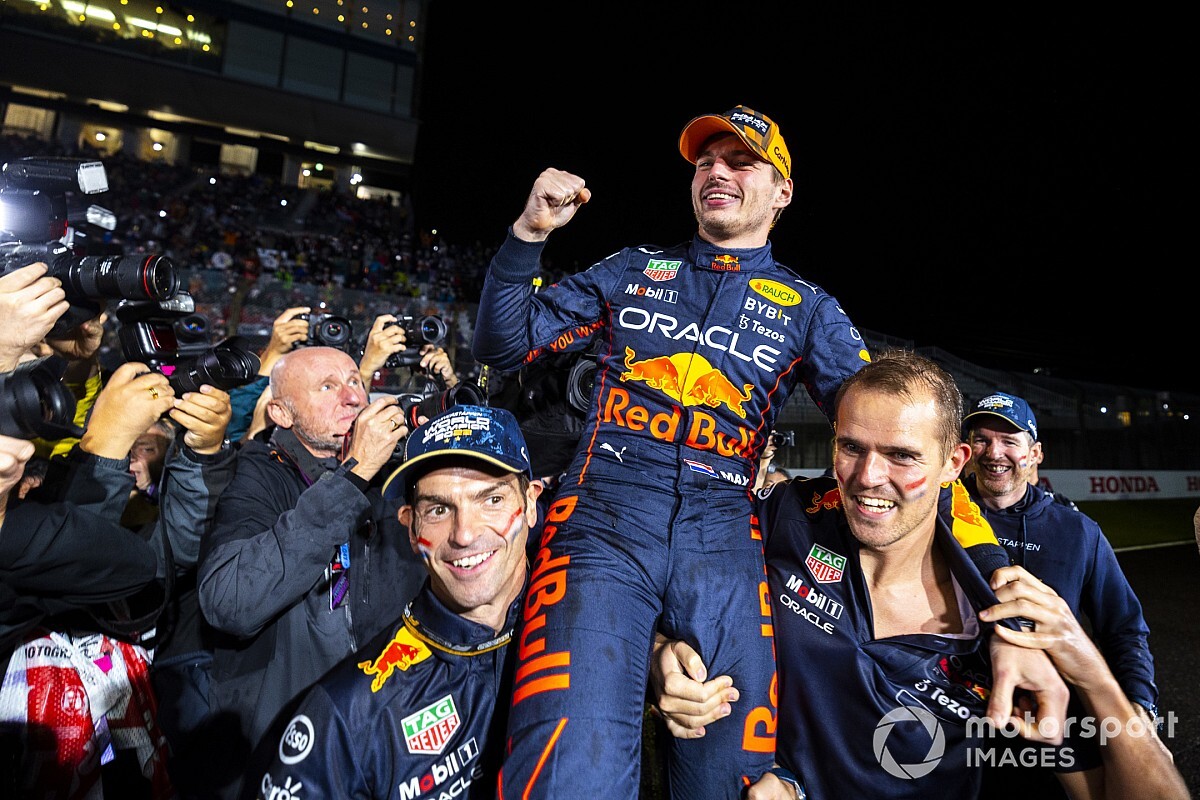 The Red Bull driver turned pole into victory at the Suzuka circuit, after a lengthy delay following an opening lap crash by Ferrari’s Carlos Sainz and heavy rain forced the restart to be delayed.

Once the race resumed, the Dutchman never had a head as his title rival Charles Leclerc was relegated to third place after the race after cutting through the final chicane on the final lap, leading to teammate of Verstappen’s team, Sergio Pérez, to second position and secured the title.

Drivers criticized the FIA ​​after a tractor was deployed to the track to recover Sainz’s stranded vehicle while cars were still circulating, while there was confusion over how many points would be awarded in a race that was not run the full distance.

In the latest Autosport Podcast, Martyn Lee joins Dutch F1 journalist Erwin Jaeggi and Autosport’s Luke Smith and Alex Kalinauckas to review a wet afternoon at Suzuka, where once again the confusion of the sport’s decision-makers turned into an unnecessary topic of conversation.

You can listen to the podcast using the player below or through all the good audio platforms, including Spotify, Apple Podcasts, and Google Podcasts.