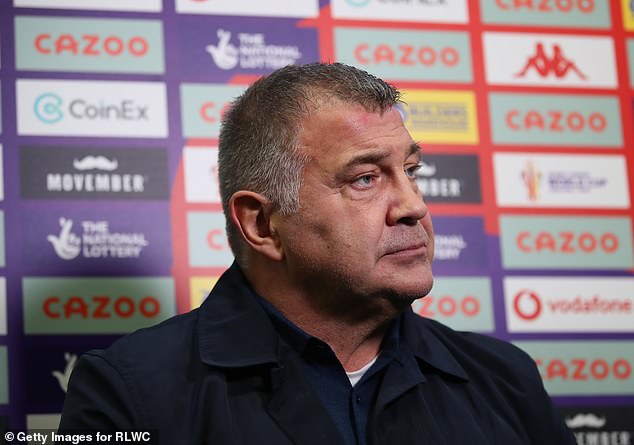 How a 30-pint session helped Victor Radley establish himself in England! Australian import recalls binge with captain Sam Tomkins that put him on course for a World Cup semi-final with Samoa

By David Coverdale for the Daily Mail

If England win the World Cup, they can thank a 30-pint binge in Manchester for putting them on the road to glory.

Before the tournament, much was made of the selection of Shaun Wane of Victor Radley, who was born and raised in Sydney, where he still plays for the Roosters in the NRL. But if Radley had any fears about how he would be received by his new teammates, his employer Sam Tomkins soon made him feel welcome, and in true English fashion.

‘He was the first to message me and said ‘Come for a coffee’ which turned into about 30 pints!’ smiles Radley, who qualified for England through his Sheffield-born father.

Much has been made of Shaun Wane’s selection of Victor Radley for the Rugby League World Cup.

‘It was just me and Sam and it was so much fun. That was one of the first days I was here and it was great that Sam came over. For about two weeks until I fixed a car, he also took me everywhere, so I was like his son!

‘But everyone has been very welcoming here. They want to make sure that you are okay, that you are having a good time, and that your family is okay.

“When you’re with 24 guys for a long period of time, you get very, very close. We’ve worked hard, we’ve had a lot of fun, we’ve had a few pints. I’ve had the best time.

Radley’s seamless integration, on and off the pitch, has been a huge factor in England’s success so far. The loose striker has started all four of his World Cup matches and will line up again against Samoa in Saturday’s semi-final at the Emirates. 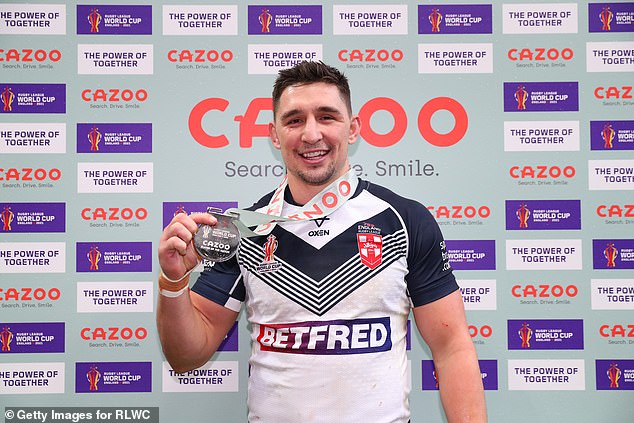 Radley was born and raised in Sydney, where he still plays for the Roosters in the NRL. 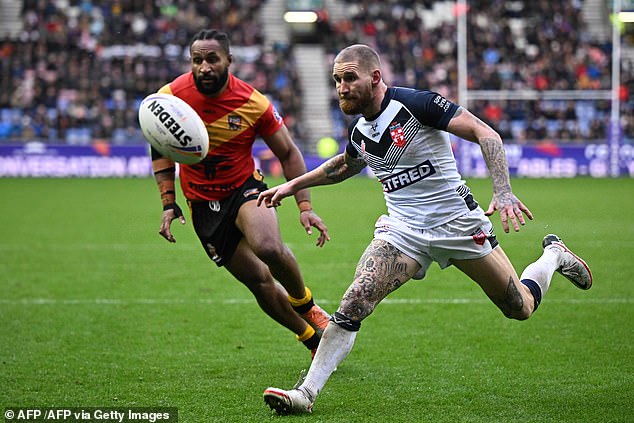 There he will meet his Roosters teammate, 19-year-old Joseph Suaalii, who shone for the Samoans in their quarter-final victory over Tonga and is widely regarded as one of the most exciting talents in the world.

“He’s a young phenomenon,” says Radley. Everybody says once in a generation, but it is. He is a very good player, tough and skilled. He has been the best player for him and he was also one of our best players for the Roosters. We’re going to have to do a job with him. But we’ve looked at it, we know what’s coming and we’ll take it.’

England have already managed to keep Suaalii quiet once before, when they slaughtered Samoa 60-6 on their World Cup debut, with Radley named man of the match at St James’ Park.

But the hosts hope Samoa will pose a tougher test in London. 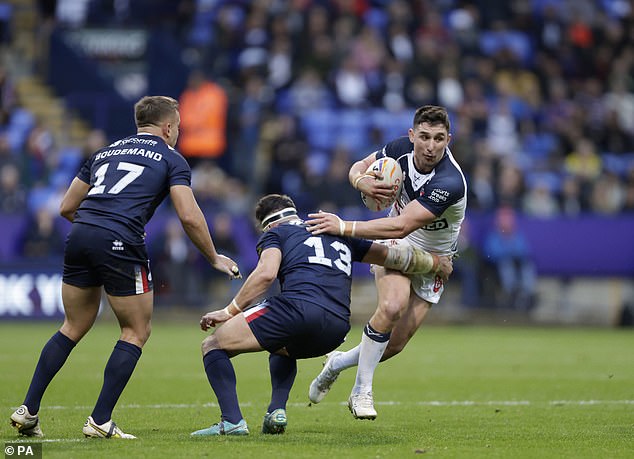 The seamless integration of Radley (right) has been a huge factor in England’s success so far.

“They’re definitely going to be stronger,” says Radley. ‘It will take 17 tough Englishmen to stop them, but that’s what we’ve got.’

If they knock out Samoa, Radley, despite only being in the England setup for six weeks, needn’t tell you how important it would be to win next Saturday’s final at Old Trafford.

“Brian Lockwood came to talk to us about the last British team that won 50 years ago,” adds the 24-year-old. ‘So I know how special it will be if we do. That is why we are working hard to achieve it and make history for England.”

Do that and there will be cause for another great drinking session.