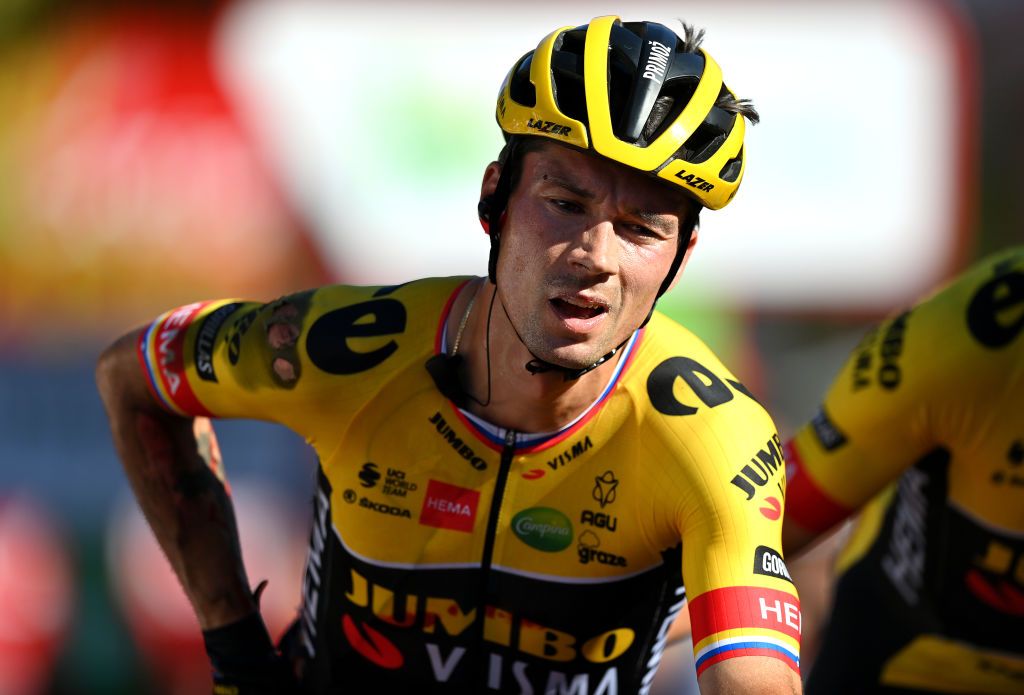 Primož Roglič has revealed that he still needs another month off the bike as he recovers from bone graft surgery to treat a shoulder problem caused by a series of accidents.

The Jumbo-Visma leader, who underwent surgery on October 10, revealed that he underwent some form of bone grafting to stabilize his left shoulder. He recently celebrated his 33rd birthday with a shoulder brace and revealed it on Instagram. (opens in a new tab) that although he has some movement, he will need another month before he can ride again.

“The rehabilitation is going according to plan. As you can see, I have a little movement,” Roglič said in a video, slightly raising his right arm.

“I still have to wait, probably a month or so to get on the bike, but I’m busy with other projects. Next week we’ll post a schedule for our Foundation. Check out the link. I’ll keep you posted.”

Roglič received the Golden Order of Merit from the President of Slovenia and participated in a walk organized by his Primoz Roglič Foundation before entering the hospital. The Foundation helps the development of cycling and young athletes. The Golden Lap race in Slovenia raised €20,000 with the funds spent on children’s bikes and helmets.

Roglič decided to have surgery at the end of a difficult season, which saw him again involved in a series of accidents.

This year saw him win the overall titles at Paris-Nice and the Critérium du Dauphiné, but he dislocated his shoulder in a crash on stage 5 of the Tour de France on the cobbles of Paris-Roubaix.

He stayed in the race to support Jonas Vingegaard but finally came down sore before stage 15, saying: “Every seated pedal stroke is like having a knife in your back.”

He also crashed out of the Vuelta a España while competing for a fourth consecutive overall victory. Roglič and Jumbo-Visma blamed Fred Wright for the crash even though Roglič appeared to be moving towards the Bahrain Victorious rider.

“It’s no secret that I already have several dislocations. I got to the point where I have to fix it,” Roglič told Slovenian media before his surgery.

“They cut out a piece of his bone and move it to where it’s dislocating. The arm will be immobilized for six to eight weeks after surgery and then I’ll have passive range of motion. Fortunately, it’s not quite May or June.” .

Roglič is likely to return to road training when he attends Jumbo-Visma’s December training camp.

“I have reached the limit where I have to fix these things so that I can be even stronger and start preparing for new challenges in the new season,” he said.

“I have to respect what they tell me. We will definitely do our best to get back on the bike as soon as possible.”