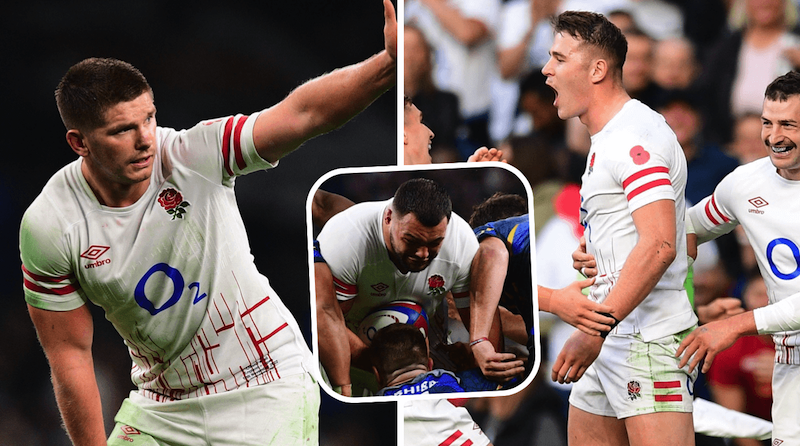 It’s that time of the week when we collect our dream side of the weekend’s action, here it is RUCK Fall Nations Series Team of the week for the second round:

Fall Nations Series Team of the Week: Round 2

Telegraph 9/10: “Matsushima left the door open and Steward went in for the initial attempt. Becoming a great attacker, a kick return that led to Smith’s attempt. Brilliant in the air, the best player in England right now?

Telegraph 9/10: “He scored a couple of tries as Italy earned a historic first victory over Australia on try number 19 in Florence on Saturday.”

Planet Rugby 8/10: “The flanker was excellent on the wing and showed his versatility,”

Wales online 8/10: “Fired from start to finish. North stopped a dangerous early foray by the Cougars and went on to make a series of tackles. There was also a huge run from the No. 13 from Wales that must have shaken every bone in Santiago Carreras’s body.”

Telegraph 8/10: “The quick combination with Smith led to Steward’s attempt. A good fumble led to Porter’s first down and set up Porter’s second with a left-footed drive behind. A hammering tackle.