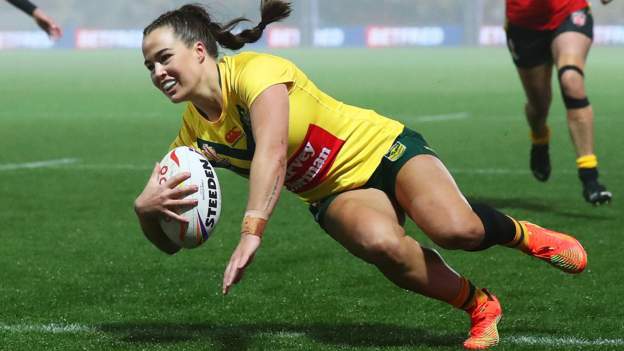 Isabelle Kelly and Emma Tonegato scored hat tricks as the Jillaroos ran in 15 tries against an Orchids team competing in their first semifinal.

England faces New Zealand in the other four meetings on Monday.

While PNG have already made history by reaching the knockout stage of the tournament, a match against an Australian team that has won the last two editions proved to be a step too far.

Having held Australia at bay for nearly 10 minutes, Keeley Davis’s run from dummy half was the catalyst for a flurry of first-half tries that effectively ended the match as a duel well before half-time.

While Australia fell short of their record 92-point win over France in the group stage, they were just as relentless after the restart.