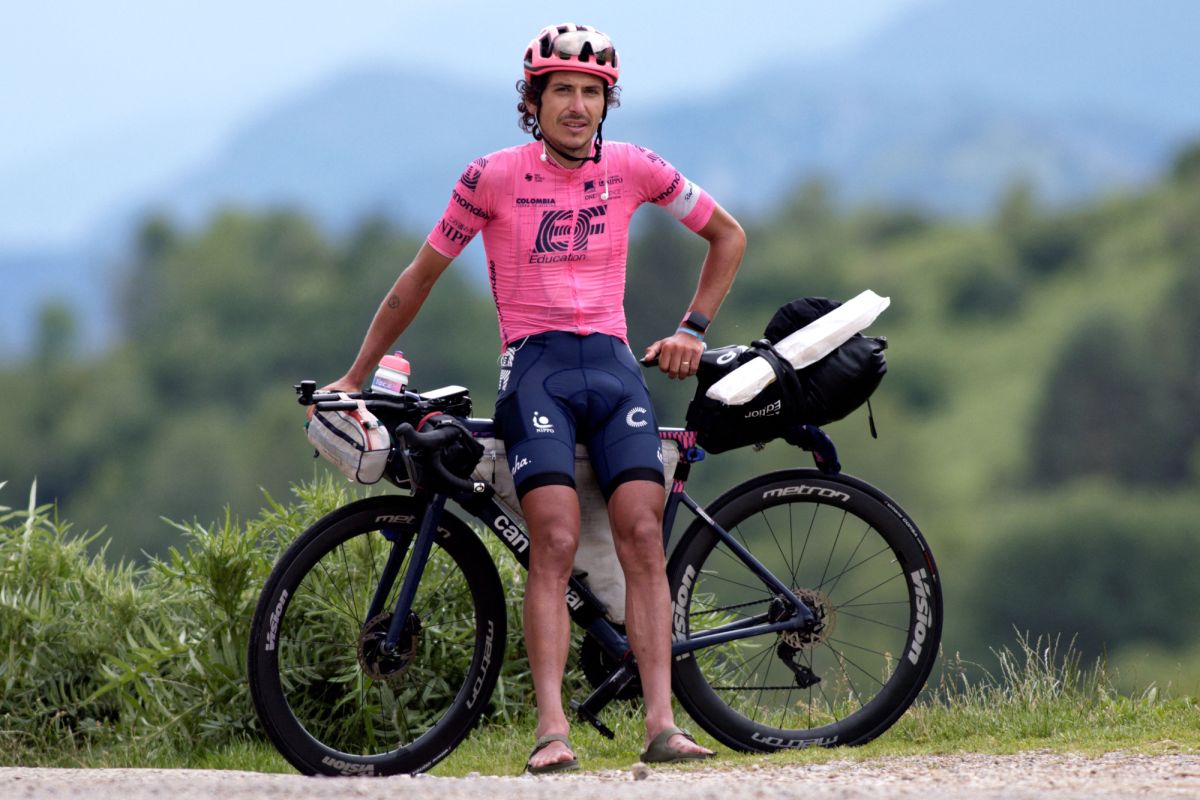 EF Education-EasyPost cyclist Lachlan Morton will attempt to break the world record at some point in the next few years, his team manager Jonathan Vaughters has revealed.

The current world record is 78 days, 14 hours and 40 minutes, held since 2017 by long-distance cyclist Mark Beaumont.

speaking exclusively to weekly cyclingVaughters said Morton had initially hoped to take on the challenge in 2023, but had to delay his plans.

“What we wanted to do was attempt the round-the-world record [in the second half of 2023]but the sticking point right now is Russia,” Vaughters said.

“We don’t think that’s possible next year, so we’re trying to come up with a plan B right now,” he added. “What is that, we’re not sure yet.”

In a text exchange with weekly cyclingMorton confirmed that he has discussed the challenge with his team, but there is “nothing concrete” at the moment.

To constitute an official attempt, the 30-year-old cyclist must ride a distance of 18,000 miles (29,000 km) continuously in one direction. Brit Beaumont averaged 240 miles a day and later described his journey as “the longest two and a half months of my life”.

Morton began to shift his focus to off-road events in 2019, when he took on the Unbound Gravel, Leadville 100, GBDuro and the Three Peaks Cyclocross race.

This season, the EF Education-EasyPost cyclist competed in just one road race, the four-day Gran Camiño that took place in the northern Spanish region of Galicia. According to Vaughters, the Australian is unlikely to return to the road in 2023.

“Actually, he won’t be running any road races,” Vaughters said. “In the first part of the year, he wants to get away from ultra-real events and focus on trying to win on clay.

“It has lost a lot of its explosive power doing these massive 4,000km events. So he’s training a little bit more explosively.”

Last month, Morton joined a host of other WorldTour riders, including Peter Sagan and Mathieu van der Poel, at the start line of the inaugural UCI Gravel World Championships. The Australian finished 18th on the day, six and a half minutes behind the winner, Gianni Vermeersch of Alpecin Deceuninck.

Speaking last November about his alternative race schedule, Morton said: “In these races, you trust yourself and you don’t really know what kind of challenge you’re going to face. That’s a great feeling to have. That’s what draws me to these kinds of adventures.”