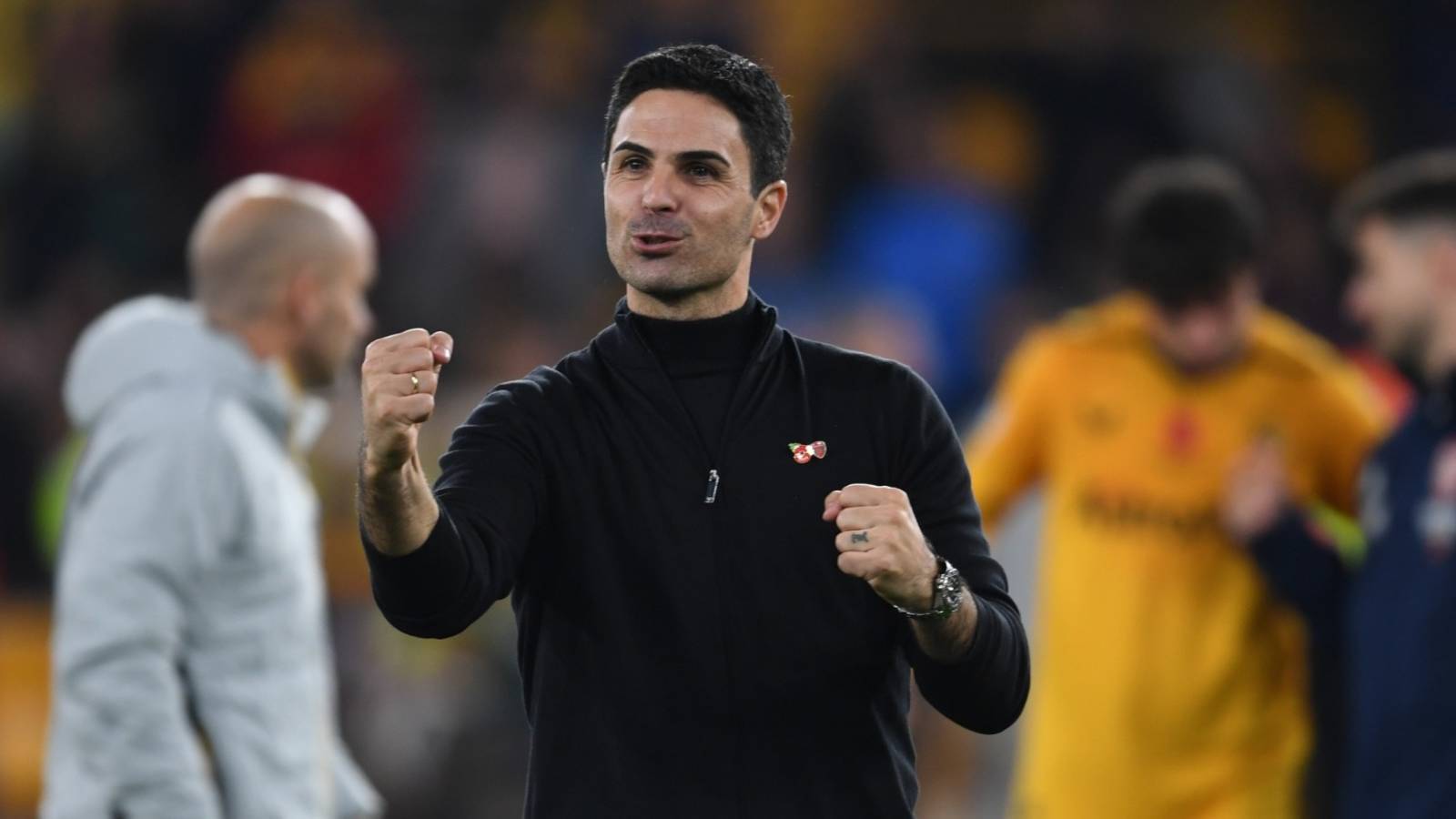 With the World Cup in sight, Mikel Arteta praised his players for sticking physically and mentally to the task at hand to beat Wolves 2-0.

A brace from Martin Odegaard proved to be the difference at Molineux as we moved five points clear at the top of the Premier League table, where we will remain until Christmas now that the domestic campaign has been paused for the extravaganza in Qatar.

And with nine of our players confirmed so far to travel to the Middle East next week, the boss was keen to highlight their commitment to the cause against Wolves as they showed the same desire they have been showing all season to make sure that we are in the best possible position for when they return to London Colney after their international exploits.

“It was a great match before the World Cup,” Mikel said after the match. “[There’s been] a lot of talk, a lot of noise around a lot of people and national teams in the last few days, so it was hard to prepare for it, but I thought the guys were mentally prepared.

“Physically they gave absolutely everything, and they showed once again, in a very different game from Chelsea, a lot of maturity and understanding of what you have to do to go out for the three points”.

It took until the 55th minute to break down a stubborn home defense but Mikel feels some tactical adjustments on the inside made the difference and claimed the victory our performance deserved.

“We had to be patient, we had to speed up the game a little bit and we had to have more courage to attack in certain areas,” he said of his halftime talk with the team. “At the same time, we had to control the two forwards because they were ready to run and are incredibly good in open spaces.

“But we can’t play with one eye looking back, and we did. We could have scored one or two more. I’m very happy with a clean sheet again and winning the game”.

As we won’t be playing again until Boxing Day, when West Ham United come to the Emirates Stadium, Gooners from around the world can celebrate Christmas with us sitting on top of the Premier League tree.

While admitting that he will remain as diligent as ever during the break, Mikel is delighted to be able to give our fans this gift as a reward for their excellent support.

“They can enjoy it and embrace the moment,” he said. “They must feel part of what is happening because they have incredible power, the way they have transformed the club, the unity they have generated throughout the club and the players are delighted.

“I will have a few days off and then we will have to prepare, because I think this period will be key. It will be demanding, it will be a challenge. We have to be prepared for it.”