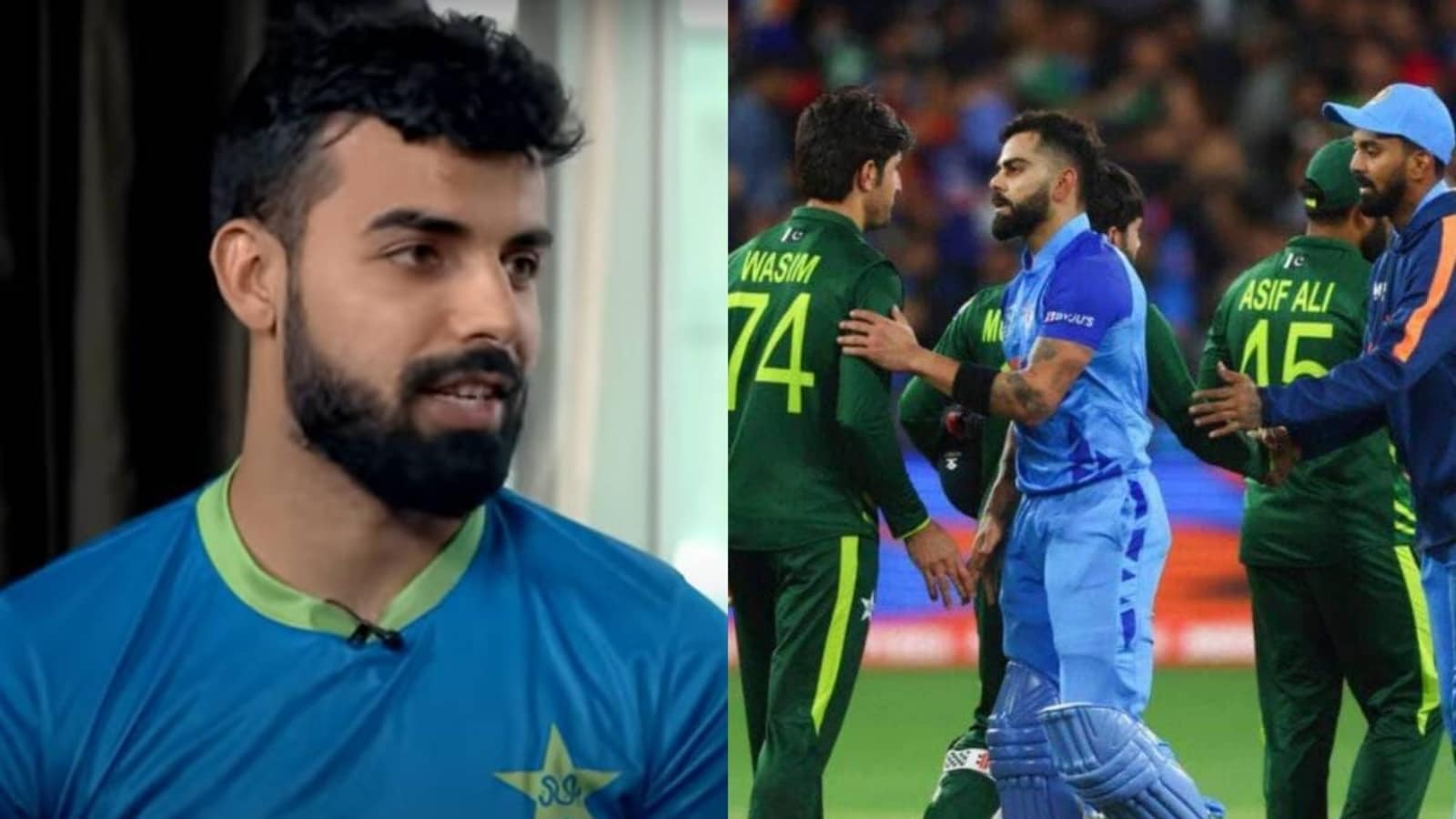 Pakistan did not write the best of trips to the final of the T20 World Cup. They suffered an early shake-up in their campaign in Australia before bouncing back from the jaws of elimination to summit in Melbourne. One of those early losses came against India, at the iconic MCG, in their first match of the tournament. India scored a victory in the last ball amid drama that had developed over a certain no-ball call. In four weeks, Pakistan is in the final and India suffered a semi-final elimination. Before England’s match in Melbourne for the elusive Cup, Pakistan’s all-rounder Shadab Khan recalled that thriller against India.

Speaking to former England captain Nasser Hussain on Sky Sports, Shadab opined that Pakistan gave their 100 per cent in that game, and although they didn’t finish, they were the better team against India.

READ ALSO: Sachin breaks the silence on criticism from the India team: ‘Getting to No. 1 doesn’t happen overnight. Let’s not judge our team’

Speaking of the India-Pakistan rivalry, the star player, who has been shortlisted for the Player of the Tournament award, said: “The Pakistan-India game is a great game. For us. For them too. So we have to try to win that game. Since we were children we also thought, no matter the other things, if we are going to win the World Cup or not… we have to beat India. And the same pressure we’re feeling right now. That’s the pressure you carry. It doesn’t matter if you’re playing or not.”

After the India match, Pakistan were stunned by lower-ranked Zimbabwe but recovered to win four in a row which included wins against South Africa in the group stage and New Zealand in the semi-finals.