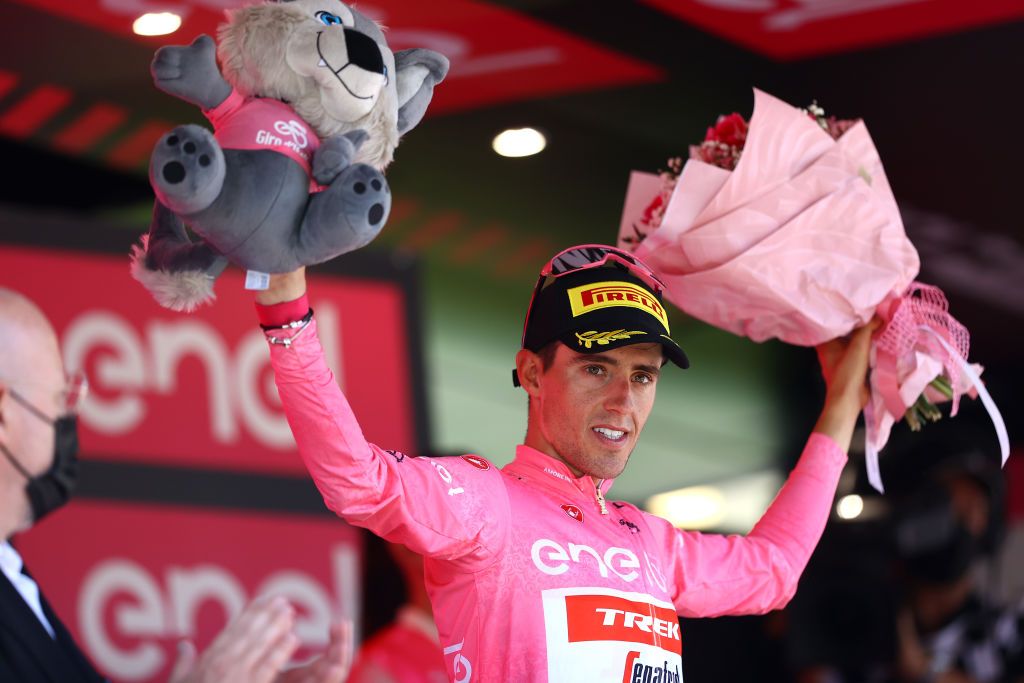 Juan Pedro López has extended his contract with Trek-Segafredo, as the Spanish climber and US-registered WorldTour team look to build on his 10 days in the pink jersey and 10th overall at the Giro d’Italia.

Lopez has yet to win a professional race, but he impressed in Italy in May by finishing second on Stage 4 to Mount Etna and then battled to hold the pink jersey until stage 14 around Turin.

The 25-year-old Spaniard also won the white jersey for best young cyclist with a race decided in the last week after the pressure and exhaustion of his long stage in pink.

López showed his potential in Alberto Contador’s development team and joined Trek-Segafredo as a stagiaire in 2019. He had a contract for 2023 but Trek-Segafredo extended it for two more years.

“Since joining Trek-Segafredo as a stagiaire, I have grown a lot as a person and as a rider,” Lopez said.

“I feel like the environment the team has created has been perfect for me and my journey and it’s still where I want to be. I really feel like I’ve found myself at home here. People always say that, but I really believe it’s true. that this team is like my family.

“By extending my contract early, the team is really showing that they trust me and believe in me in the same way that I believe in myself. It’s a super special feeling and I really want to be able to show that it was worth it.” the next three years now.”

López also rode the Vuelta a España but struggled to be competitive after his intense spring.

“While the Giro d’Italia was of course very special for me this year, the Vuelta was not what I expected or wanted, on a personal performance level,” he explained.

“However, I really learned a lot in both races and, for different reasons, both made me more motivated to keep chasing that elusive win. I really want to be able to show the team that their faith in me is justified and that I can too.” be a winner.”

Trek-Segafredo’s 2023 roster is largely unchanged, with Mads Pedersen, Jasper Stuyven and Quinn Simmons leading the Classics team and Bauke Mollema, Giulio Ciccone and López for the Grand Tours. Gianluca Brambilla and sprinter Matteo Moschetti have moved to the new Q36.5 ProTeam, while Simon Pellaud has recently terminated his contract and is expected to join Fabian Cancellara’s Tudor Pro Cycling team.

Trek-Segafredo general manager Luca Guercilena believes Lopez deserves to have the team’s backing for years to come after consistently showing his potential over the past two years.

“Juanpe is a talented young rider who I believe has earned our trust and commitment since he joined us as a stagiaire about three years ago,” Guercilena said.

“We saw this year that he is taking steps forward and remains very willing to learn from the more experienced drivers on the team.

“Your performance [at the Giro] It really cemented what we as a team had already been discussing: that we wanted to invest more in his career and extend his existing contract early. We really believe Juanpe is capable of developing the potential we see in him, and I am confident it won’t be long until we see him secure that first win.”