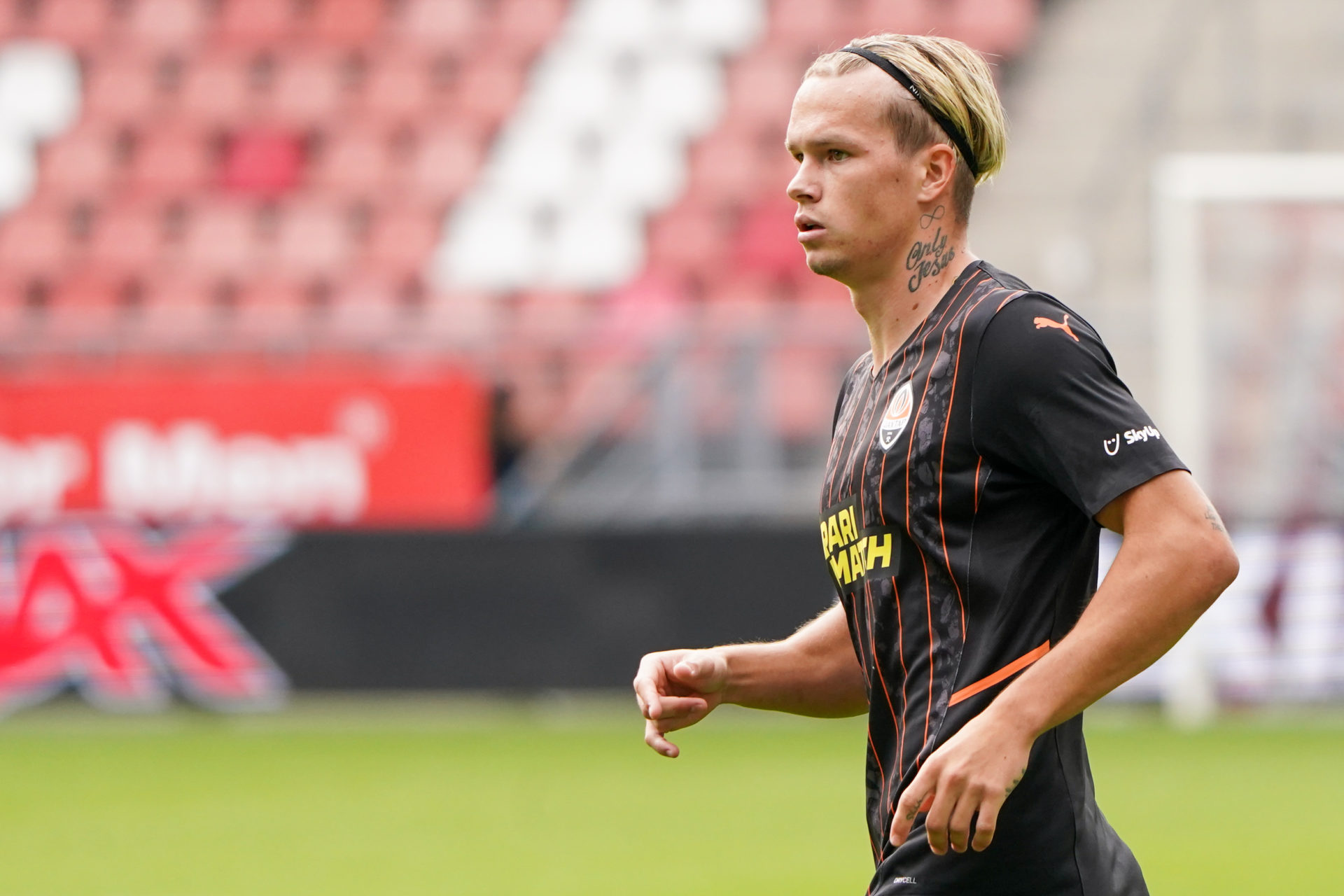 According to The Sun, Manchester United have now joined Arsenal in keeping an eye on Shakhtar Donetsk star Mykhaylo Mudryk.

The young Ukrainian has been a star this season. He has not only impressed in the Ukrainian top flight but also in the Champions League, where his performances have been brilliant.

Arsenal have been linked with a move to sign Mudryk for a while now.

It was claimed in the summer that he is one of the names on Mikel Arteta and Edu’s wish list, and he has been consistently rumored to be a target for Arsenal ever since.

The Gunners would always face serious competition to sign Mudryk. His performances have alerted several clubs across Europe, including Manchester United.

The report states that the Red Devils have been keeping an eye on Mudryk for some time now, with scouts regularly watching him perform for Shakhtar.

It has also been revealed that Erik Ten Hag is very interested in Mudryk. He has reportedly been fond of the talented Ukrainian since his days as Ajax manager.

The January transfer window is not far off and it will be interesting to see what happens to Mudryk then. However, the report states that Manchester United are unlikely to make an offer for him in the winter window.

Mudryk has said ‘yes’ to signing for Arsenal

Barely a week after the summer transfer window closed, after Mudryk’s supposed transfer to Arsenal failed to materialise, the winger, branded as ‘unstoppable’, addressed all the rumors linking him with a move to the emirates.

He assured that Arsenal is a good team and that if Arteta knocks on his door, “he can’t say no.”

He said Ben Jacobs of CBS Sports: “Yes, I think all the boys dream of playing in the Premier League. Arsenal is a very good team, (Arteta is a) very good coach. I like the way they play.

“Yes, for my part, I can’t say no, but a transfer is not just my decision.”