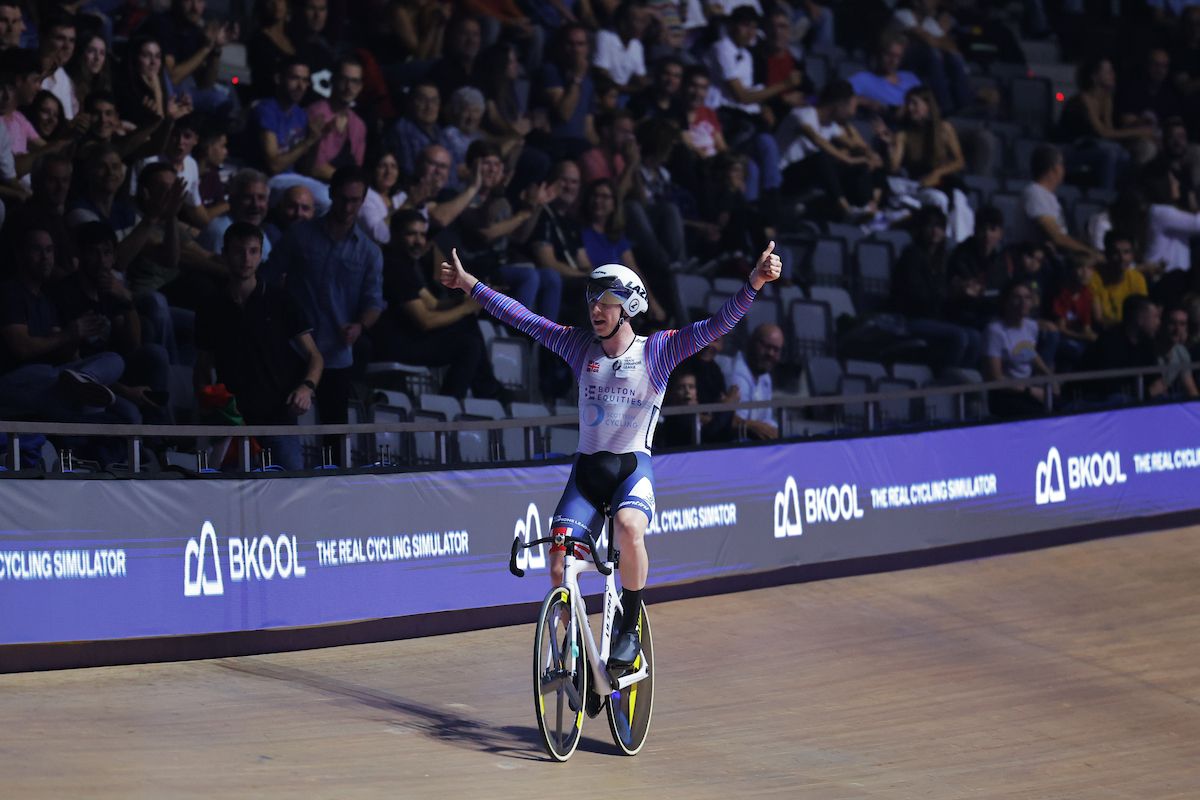 The UCI Track Champions League returned on Saturday, with Britain’s Mark Stewart taking the lead in the men’s endurance competition at the start of the five-round series.

The 27-year-old Scot won the Men’s Scratch Race and was third in the Elimination, earning him an overall lead of five points ahead of the second round in Berlin next weekend.

Katie Archibald also tasted success, winning the women’s scratch race during the event held at the Velòdrom Illes Balears in Mallorca on Saturday night. However, the Scot was the first to exit the Elimination race, leaving her in sixth place overall.

Stewart’s victory in the Scratch race came thanks to a proactive and dominant performance. Attacking with 11 of the 20 laps in the race, he was part of a small pack that threatened to take the pack for a lap. As the peloton began to pull away, Spanish hero Sebastián Mora attacked, but Stewart crossed the gap and attacked directly over the top, scoring a lap and the win.

Three British riders started the Elimination race, with Ollie Wood seventh of the 18 eliminated riders. Will Perrett and Stewart were well placed in the closing laps, with Perrett taking fourth place and Stewart third. But it was Canadian Mathias Guillemette who came out ahead, taking a wheel one lap to take the win.

Archibald’s Scratch career success was as consummate as Stewart’s. She had attacked early on in the 20-lap event, but was instantly shut down, forcing her to change tactics, the race turning cautious in the middle, and with only five laps to go she picked up the pace. Archibald remained patient though, diving from the front as she started the final lap, keeping former Spanish track sprinter Tania Calvo at bay.

However, Archibald found herself out of position and locked in on the first lap of Elimination and was the first to be eliminated, leaving Sophie Lewis as the highest placed British rider in seventh, one ahead of Laura Kenny.

The race ended as a battle between the Olympic and world champion Omnium, the American Jennifer Valente and Anita Stenberg. Although she seemed to struggle on the final lap, the Norwegian held on to Valente’s wheel and ran over her to win. However, Valente maintains the lead in the overall endurance ranking.

Although she was unable to win either Keirin or Sprint, the women’s Sprint standings are headed by Dutchwoman Shanne Braspennincx, who finished fourth in both events.

World champion Mathilde Gros edged out Dutchwoman Hetty van de Wouw in the Sprint. The Frenchwoman forced her rival to the front in what was a cautious race, making it through the final corner to take an excellent victory.

Britain’s Sophie Capewell finished second in her Women’s Keirin heat, qualifying for the final where she finished fifth. The race was won by the upset of the night, Colombian Martha Bayona first beating a quality field to qualify, then beating Olympic sprint champion Canadian Kelsey Mitchell in the final, with Keirin world champion Lea Friedrich in third place.

In the men’s race, world champion and favorite Harrie Lavreysen scored a well-timed victory, taking the lead at the finish. The Dutchman leads the overall Sprint standings thanks to his second place finish in the Sprint, where he too sports the rainbow stripes.

In fact, the final was a repeat of the world championship final a few weeks ago in Paris, with Lavreysen taking on Australian Matthew Richardson. In Mallorca, however, the Australian succeeded in a cautious race in which he stayed very close to his rival’s wheel and came to the front with only a few meters to spare.

The Champions League is designed to produce fast and furious racing, with sudden death individual rounds in the speed events and shorter endurance events. It is spread over five rounds, with London hosting the final round on December 2.