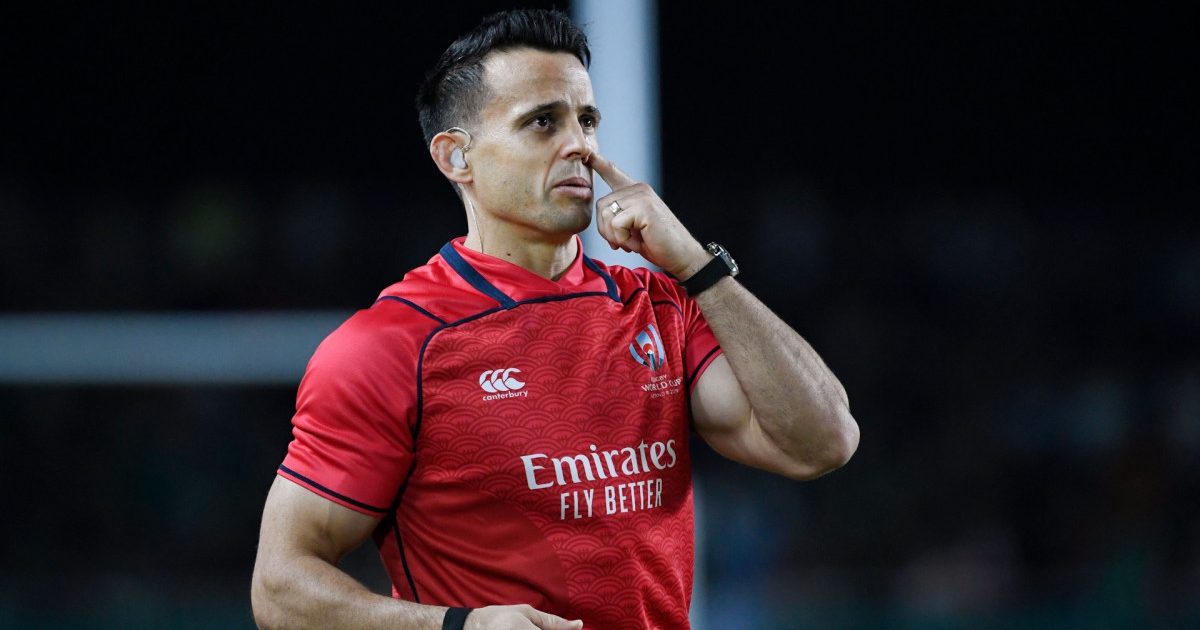 French referee Mathieu Raynal is suddenly enjoying a very busy unscheduled November, as after his late appointment for last Saturday’s Ireland v Fiji match in Dublin, he now gets the whistle for England against the All Blacks after the Australian Nic Berry will retire from the game on Tuesday.

The French official had the rugby world talking last September when he awarded his controversial penalty in the final minute of the Rugby Championship match between the Wallabies and the All Blacks in Melbourne. The referee penalized the Australian Bernard Foley when he had a penalty that he was about to take with little time left at Marvel Stadium.

The much-debated decision gave the All Blacks possession and they soon scored to snatch victory from the jaws of defeat, igniting arguments across the rugby world as to whether Raynal was right to be so strict about what he had done.

While Raynal retained his appointment as assistant referee for that Bledisloe Cup follow-up match at Eden Park, he had since moved down the refereeing pecking order by the time World Rugby announced its official kits for all 40 matches in the men’s program. the Fall Nations Series.

Raynal has just been given just one game to officiate, the November 19 game between Romania and Samoa in Bucharest. That low-key match was in stark contrast to the sort of high-profile Test matches he was usually appointed to, but he has now been granted another unexpected reprieve with Berry marked absent for England against the All Blacks following the injured man’s absence. to Jaco Peyper from the Ireland vs. Fiji match.

A statement read: “World Rugby has confirmed changes to the official match dates for England vs New Zealand and Romania vs Samoa on November 19 and France vs Japan on November 29. Mathieu Raynal (France) will now referee the England vs New Zealand match at Twickenham in the Autumn Nations Series on 19 November. Raynal replaces Nic Berry (Australia), who has returned home for personal reasons.

“There has also been a referee change for the Bristol Bears vs South Africa A game in Bristol on November 17. Gianluca Gnecchi (Italy) will now take charge of the match from Adam Jones (Wales).”