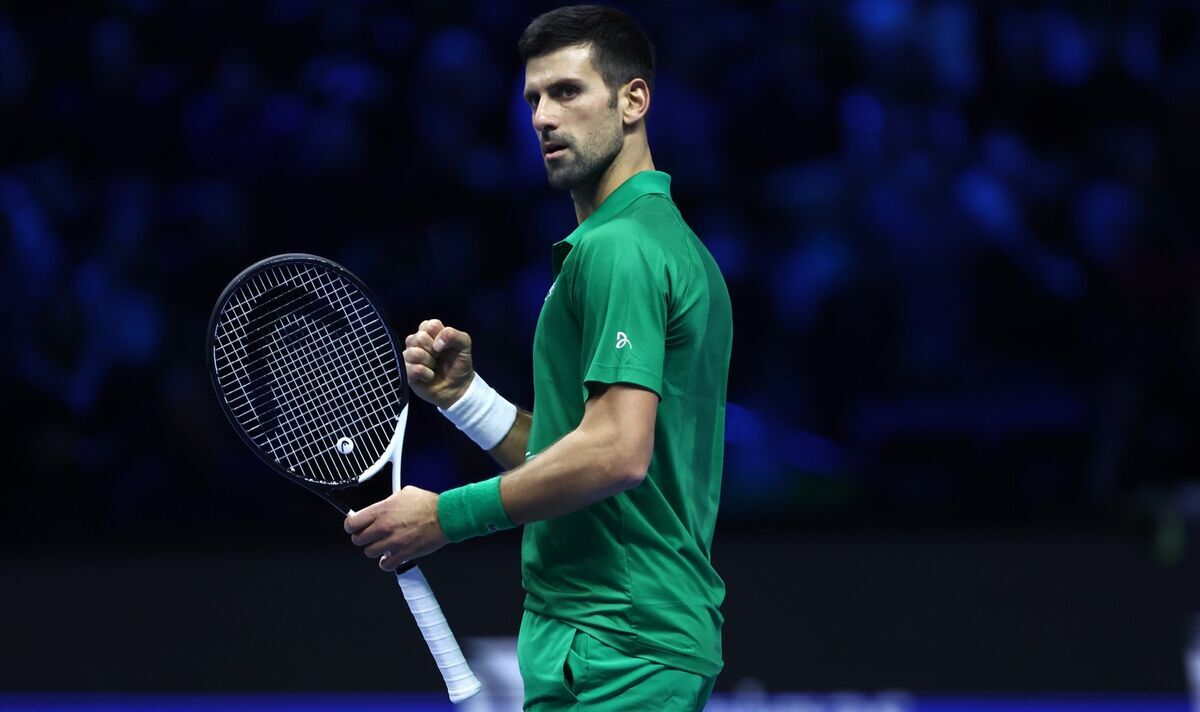 Novak Djokovic earned his second win over Stefanos Tsitsipas in as many tournaments as he began his ATP Finals campaign with a 6-4, 7-6(4) win over the second seed. The Greek star had a chance to be No. 1 in the year-end rankings this week, but now he won’t be able to debut at the top after losing his first match in Turin.

Djokovic and Tsitsipas met for the second time in nine days after a dramatic Paris Masters semi-final in which the Serb earned his ninth win over the 24-year-old in exciting fashion when he clinched victory in a final set tiebreak. 6-2 3-6 7-6(4). After getting confused by the ball boy mascots on his pre-match walk onto the court, Djokovic picked up exactly where he left off against Tsitsipas by breaking it in the first game.

It proved crucial, as both men continued to routinely hold serve for the remainder of the opener before the five-time former champion closed it out 6-4, outscoring Tsitsipas when he hit 16 winners to the second seed’s seven and committed three fewer mistakes. It was bad news for the Greek, who was looking to earn his first victory over Djokovic in more than three years, having lost their last eight matches.

And the nine-time title winner managed to escalate things in set number two when he grabbed the first break point of the set, but was unable to convert it as the Turin crowd continued to cheer for their man in Djokovic. It was Tsitsipas who began to hit more of the winners up the court, but both men had a hard time watching the other’s serve.

JUST IN: Nadal’s retirement fears are allayed as the star’s coach makes a firm statement