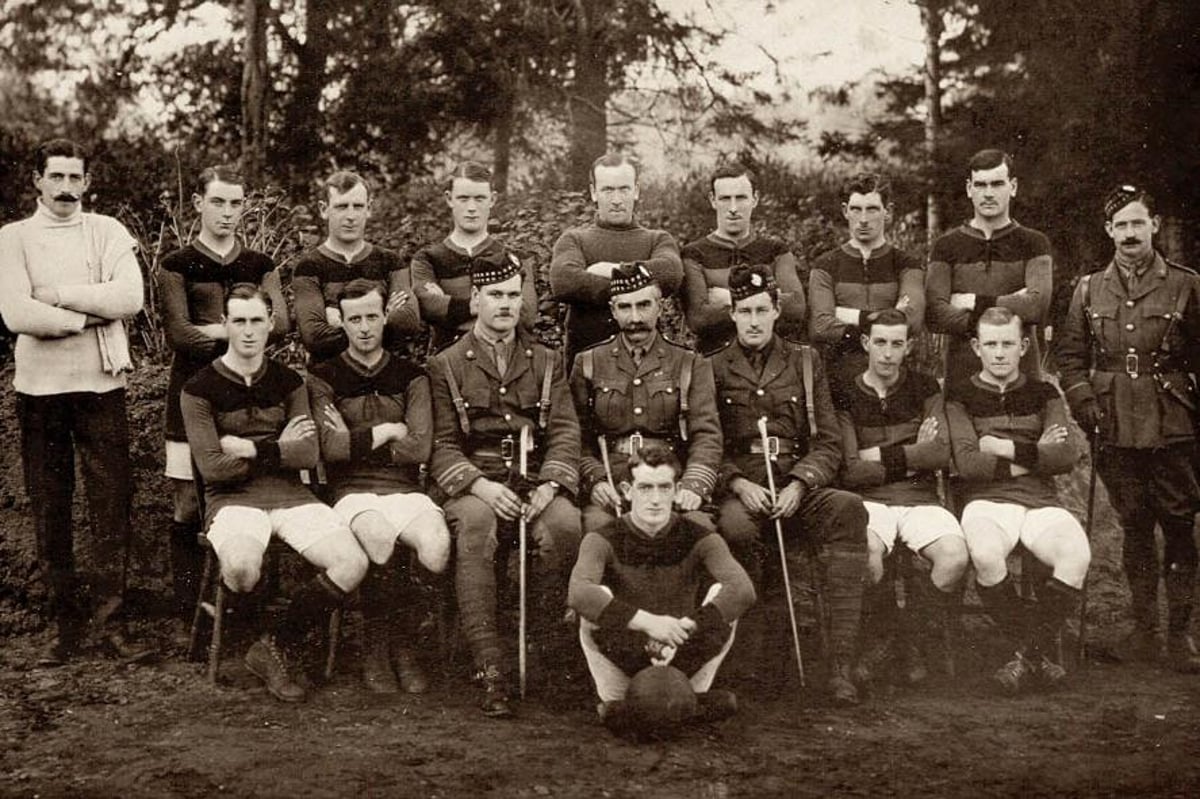 Members of McCrae’s battalion, of the 16th Royal Scots, photographed in October 1915

Here at 11am the assembled crowd and current Hearts squad fell silent to remember the dead and wounded of McCrae’s Battalion, the first of the ‘footballer’ friendly units to serve on the Western Front in the Great War.

In 1914, 16 players and hundreds of supporters from Hearts, the Scottish league leaders, enlisted along with players from Hibs, Raith Rovers, Falkirk, Dunfermline Athletic, East Fife and St Bernard’s FC. They were joined in the 16th Battalion Royal Scots by sportsmen from Edinburgh who played rugby union for Edinburgh Wanderers and Stewart’s Melville, cricket for Grange Club and many others.

Nearly three-quarters of the battalion would become casualties, mainly on the Somme, where 20,000 British and Commonwealth soldiers died on the opening day of the battle. Current Hearts captain Craig Gordon read out the names of the Hearts first team deaths at the Remembrance Sunday commemoration in a moving dedication to all who served.

Angus Robertson is the SNP MSP for Edinburgh Central and the Secretary for the Constitution, Foreign Affairs and Culture