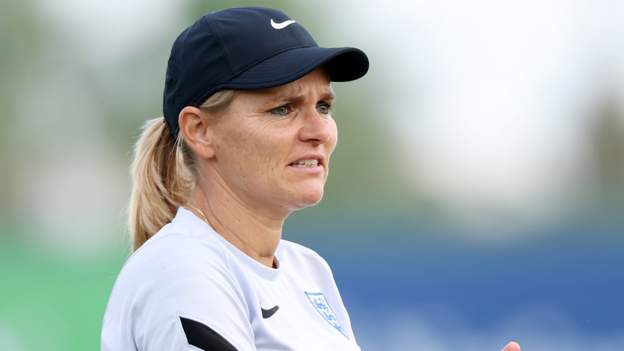 England coach Sarina Wiegman hopes to face a “very different” Norway team to the one they demolished 8-0 four months ago at Euro 2022.

Las Leonas will face Norway this Tuesday in their second friendly in Spain after the 4-0 victory over Japan.

Since failing to make it out of the group stage at the Euros, Norway have replaced head coach Martin Sjogren with former England caretaker manager Hege Riise.

“We played very well and they didn’t have a good day,” Wiegman said.

Norway’s new manager, Riise, was England’s caretaker manager before Wiegman’s arrival, as well as leading Team GB to the 2020 Olympics, where they reached the quarter-finals.

England extended their unbeaten record under Wiegman to 25 games with victory over Japan on Friday.

Arsenal striker Beth Mead played in that match but has since withdrawn from the team for family reasons, while Barcelona defender Lucy Bronze returned to her club due to a minor injury.

The Lionesses were without captain Leah Williamson and forwards Fran Kirby and Lauren Hemp for the two games in Murcia.

Wiegman, who saw Everton’s loan-out striker Jess Park score on her debut on Friday, said the absence of some of the team’s stars was “a great opportunity” for the younger players.

“We saw last Friday, with a lot of changes: younger players, some players who had been in the team longer, some new ones.

“I think they’re finding their way. And it’s good for them and good for us to see where they are.”

They will face a Norwegian team without two of their key players.

Lyon forward Ada Hegerberg remains out with a leg injury, while Barcelona’s Caroline Graham Hansen announced in August that she would not taking a break from international duty due to heart problems.