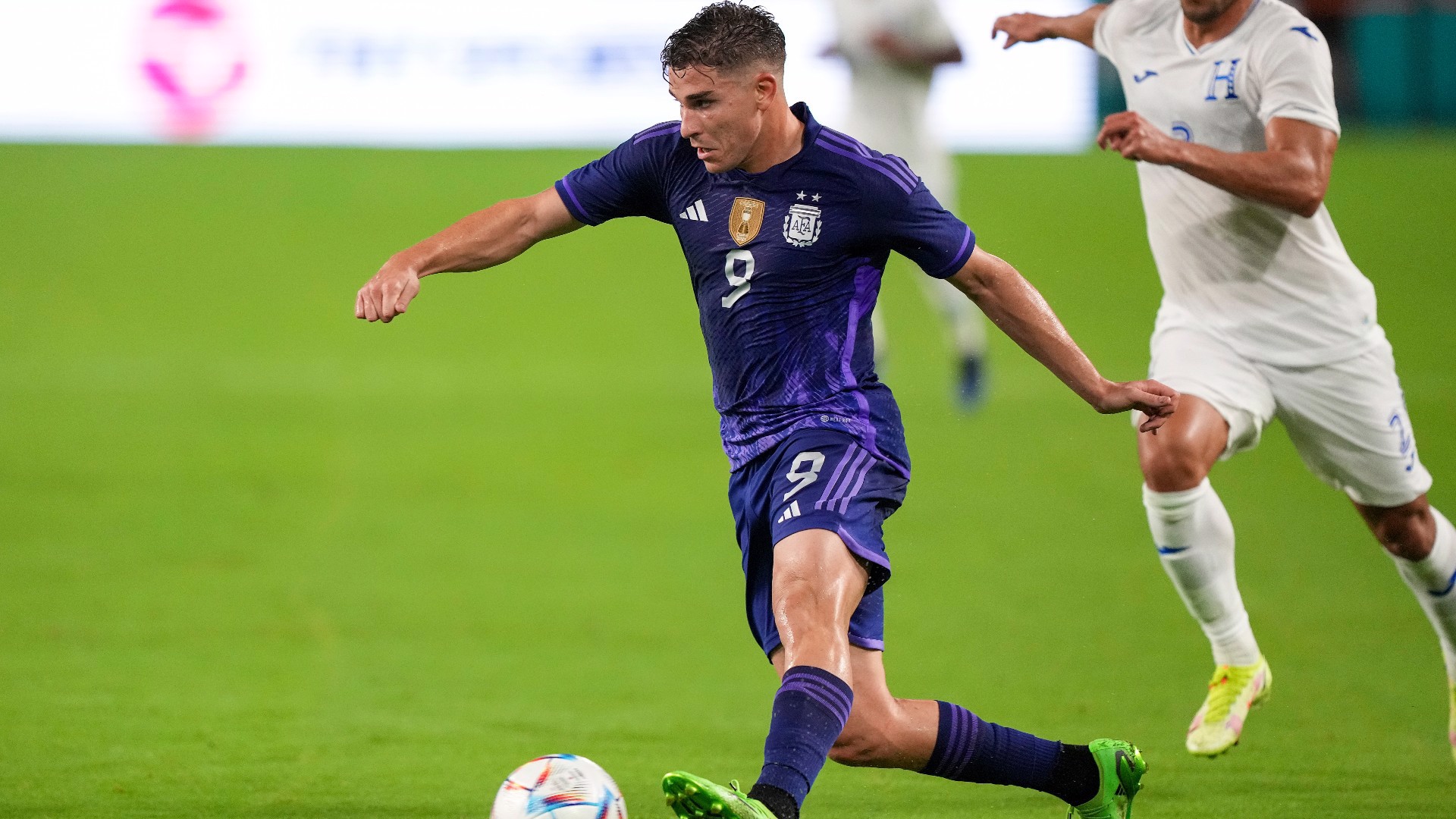 City’s Julián Álvarez opened the scoring for Argentina in their 5-0 friendly win over the United Arab Emirates on Wednesday.

Our striker started the last game for his country before the 2022 World Cup between Lionel Messi and Ángel Di María.

And it was the Argentina captain who provided the assist to our attacker when he broke away from the UAE defense and squared the ball for Álvarez who applied the shot.

The 22-year-old’s goal seemed to have opened the floodgates as Lionel Scaloni’s side took a 4-0 lead before halftime.

Di Maria scored an extraordinary brace in the space of 10 minutes of the first half when he volleyed low into the net, before rolling around Khalid Eisa and netting his second.

Messi then sprang into action before the break when he blasted past the defence, danced into the box and fired with his right foot.

Scaloni made several changes at halftime, but Álvarez remained on the field until the 51st minute when he was replaced by Enzo Fernandes.

And it was one of his substitutes who scored the fifth.

Joaquín Correa latched on to a perfect pass from Rodrigo De Paul to pass the ball to Eisa from inside the area.

For the last 30 minutes, Argentina were happy to sit up front and watch victory – it was the perfect preparation for a team many back for a strong campaign in Qatar.

As with all first team matches, there will be extensive coverage on the official city ​​man app

And then, just before the teams are announced, Live day will kick off, with former City players joining us in the studio to offer us their insight.

CITY+ subscribers can also watch a full 90-minute replay of each game from midnight.