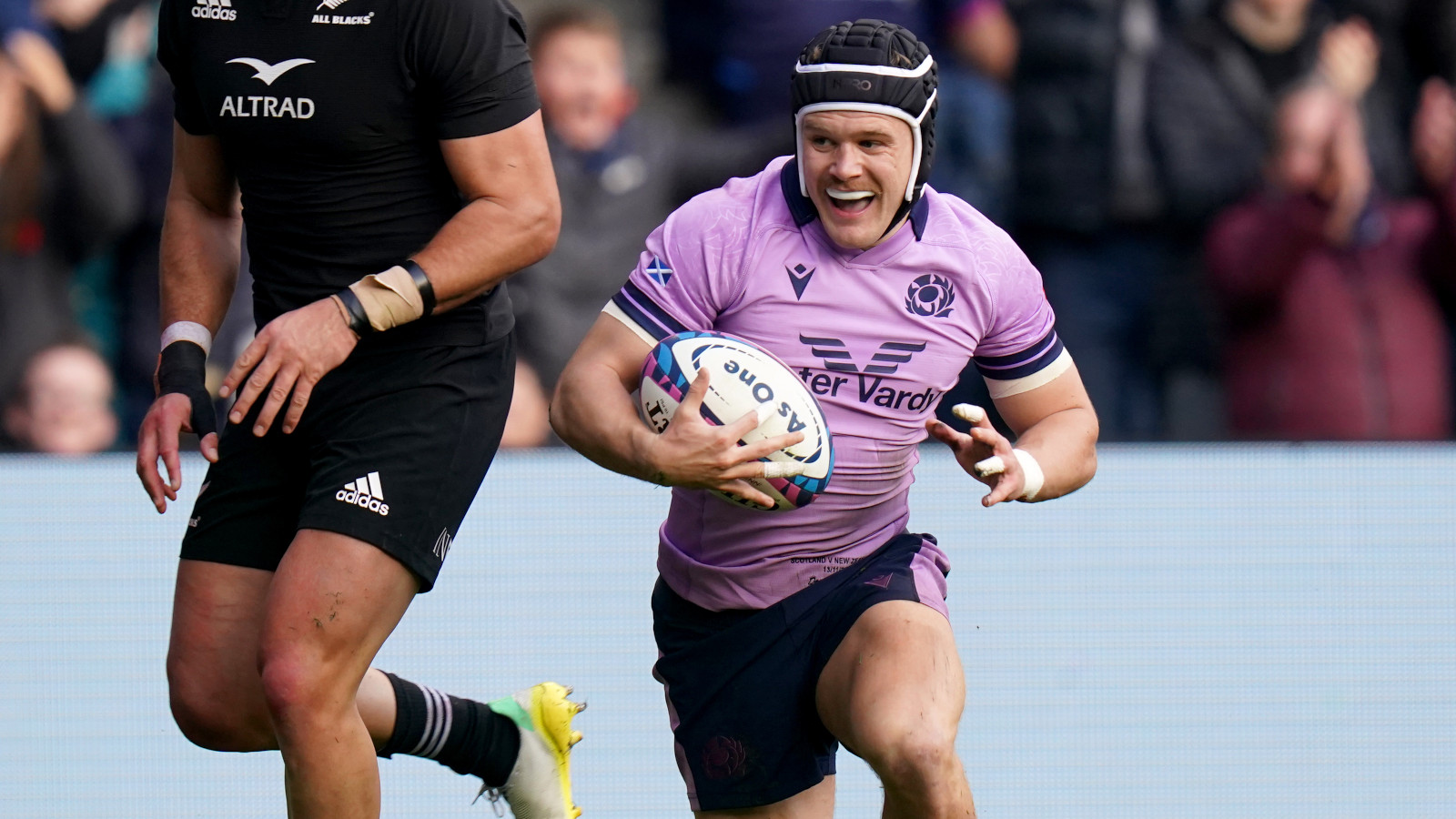 Following their 31-23 loss to New Zealand in the Autumn Nations Series match at Murrayfield on Sunday, here are Scotland’s player ratings.

15 Stuart Hog: He rallied after an early missed tackle to put in a determined performance when he forced a penalty try and was a genuine ball-in-hand threat throughout the game, covering 85 meters in total. 7

14 Darcy Graham: He made his attempt unbelievably well in the first half, finishing it off by searing Jordie Barrett, which is no easy feat. He was unfortunate enough to miss a second cross due to a touch on his foot, but his determination and joy in the game shone through again. 8

13 Chris Harris: He organized the defense superbly as always and also had some ball-in-hand moments as he enjoyed the flatter game offered by Finn Russell. 7

12 Sione Tuipulotu: He struggled to make inroads down the line, but it wasn’t for a lack of trying, as he made a professional change in midfield. 6

11Duhan van der Merwe: He hunted for work throughout the game and became more of a threat as the competition progressed. New Zealand will be delighted to see his back as he covered 93 meters in total. 8

10 Finn Russell: A great comeback performance from the Scottish maestro. His kicking was excellent, but it was his confidence and unique ability with the ball in hand that once again came to the fore. 8

9 Ali Price: Orderly in his execution of the basics but strangely anonymous with the ball in hand and he was replaced in the 65th minute by Ben White. 4

8 Matt Fagerson: Seven 48-meter carries while doing what was asked of him in difficult circumstances after other ball carriers were injured or penalized. 6

7 Hamish Watson: It lasted just 18 minutes before the shot was taken out of action due to injury and ultimately missed his HIA. His presence on the pitch could have changed the final outcome at Murrayfield. N/A

6 Jamie Richie (c): He continues to impress in the early stages as captain while putting in his usual high-quality work on the pitch and on set pieces. He too spoke highly after the match and seems to be maturing into a promising leader. 7

4 Richie Grey: An 80-minute turnaround from the 33-year-old as he returned to the side and put in a great performance against the All Blacks. He was Scotland’s sure bet at the lineout with seven takes. 6

3Zander Fageson: Another solid hour from the tightfist as his stock continues to soar in the international game. Unfortunately, he was only able to watch from the sidelines as New Zealand fought back late. 6

2 Fraser Brown: A busy sample of the returning hooker as he takes the fight to the All Blacks in a physical turn. The lineout also worked well. 7

1 Pierre Schoeman: There are few better loose heads in the game right now and Schoeman racked up 41 yards on seven carries and backed it up with 10 tackles. His work at the time of the scrum was also solid. 7

Replacements: Unlike the All Blacks, the Scottish bench fell short in terms of impact. Jack Dempsey was shown a yellow card for deliberate slapping, while the remaining replacements struggled for a say in the closing stages. 4

READ MORE: The All Blacks launch a late fight as Scotland misses a big chance of a famous win at Murrayfield