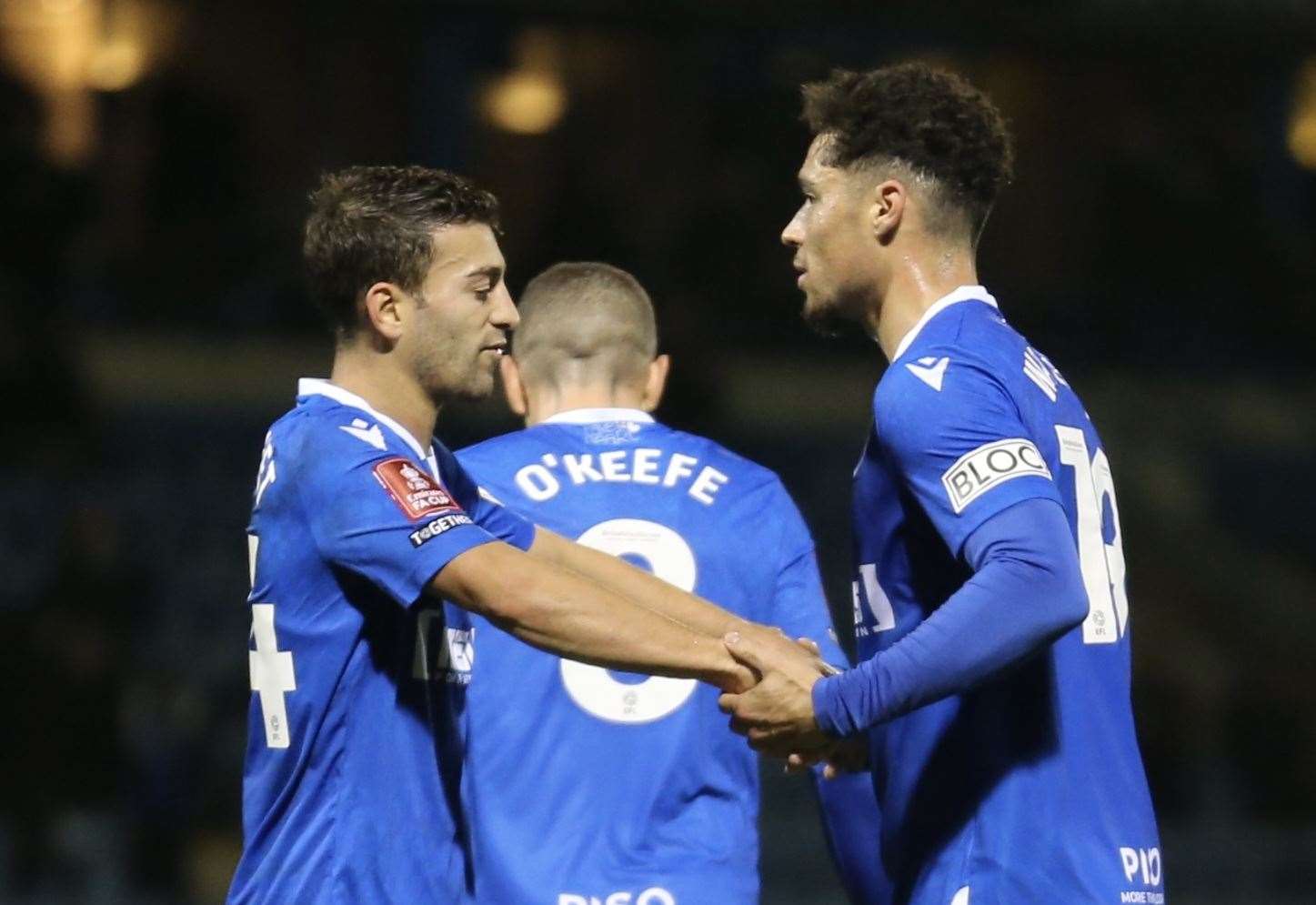 One goal was enough for Gillingham to move past Fylde out of the league and into the second round of the FA Cup.

Scott Kashket missed an early penalty for the Gills, but Lewis Walker scored just before half-time. Fylde pressed in the second half for an equalizer but couldn’t finish. Victory will see the Gills head to Dagenham & Redbridge in the second round.

Tuesday night’s game was the Fylde’s eighth in the competition, with all four drawing in replays. They were backed by 66 traveling fans, hoping to cause a cup upset.

The Coasters held the Gills to a 1–1 draw at Lancashire for another chance to claim their first Football League scalp. There was a sparse local crowd watching the replay.

Neil Harris made five changes to his starting XI, changing his forward line, Kashket and Lewis Walker picks as the manager continued his quest to find goals within his side.

Walker had a golden opportunity to put the Gills ahead early on, when he was fouled inside the box by visiting captain Alex Whitmore, only to drag his shot from 12-yards wide off the post.

Gills had scored 17 of his 18 goals during his three cup ties before Tuesday, but this was the first chance of normal play. Kashket had scored in two of them but failed to convert against Fylde.

It was a fairly open start to the game, both teams a bit unstable and giving away opportunities. Walker headed in against the crossbar with the offside flag raised, having headed in a shot earlier and fired another straight at the goalkeeper.

Fylde’s top scorer Nick Haughton missed the target with an early free kick and was not going to beat Jake Turner with his 20-yard strike. It looked like the match had goals, if only the players could find the quality conversion.

Gillingham took the lead on 42 minutes as the visitors’ defense went out of shape, leaving them heavily outnumbered, and Walker was composed enough to plant a low shot past goalkeeper Chris Neal.

Haughton, enjoying a shot from distance, tried to catch Turner from 25 yards early in the second half, but the alert Gills goalkeeper deflected his effort over the crossbar. Shortly after, two more long shots failed to disturb the local goalkeeper.

A chance at the other end for Kashket was more dangerous, finding himself inside the goal, but his shot was blocked by the keeper near the post.

The visitors pressed late to equalize, with a pair of attractive crosses and several nervous moments for the hosts before the referee whistled full time.

It hadn’t been a convincing performance from the Gills, but they headed into the second round, pocketing £41,000 in prize money.