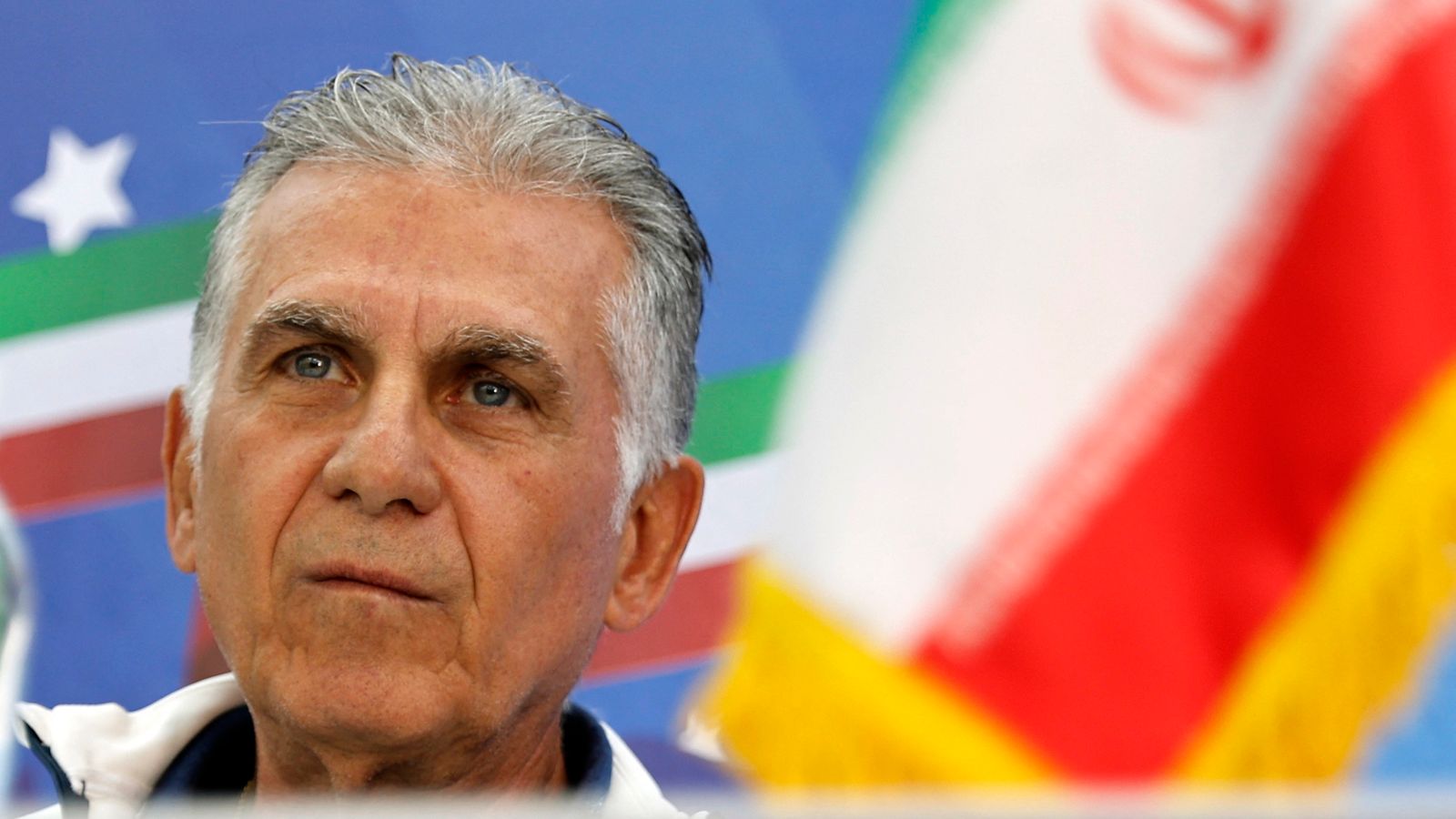 Leading Iran for the third time at a World Cup, Carlos Queiroz could not be surprised to face politically charged questions.

Particularly when the Portuguese manager only returned to work in September and protests erupted across Iran before he was ever to manage a match again.

In warm-up matches for the World Cup in September, players covered the national team crest and some spoke out in support of the protest movement sparked by the death in custody of mahsa amini.

The 22-year-old woman died after being detained by the morality police for apparently not adhering to the country’s strict Islamic dress code.

The anti-regime demonstrations are considered the biggest challenge since the 1979 Islamic Revolution.

So the Iranian team made the short trip to Qatar for the first World Cup in the Middle East followed by questions about whether the platform will be used to show dissent against the regime.

Ahead of Iran’s opening match against England on Monday, Queiroz said “everyone has the right to express themselves” if they follow FIFA rules.

“You guys bend the knee at games,” he added, referring to players campaigning against racial injustice in England. “Some people agree, some people disagree with it, and Iran is exactly the same.”

Former Iranian soccer stars Ali Daei and Javad Nekounam have declined FIFA invitations to attend the World Cup in solidarity with the protesters.

A violent crackdown has killed more than 300 people and arrested 14,825 others, according to a monitoring group.

The oppression of women directly affects football, with limited access to stadiums, an issue that has been raised by FIFA in recent years.

A team press officer had already tried to interrupt the news conference when Queiroz was asked by Sky News if he felt comfortable representing a nation that suppresses women’s rights.

“Talk to your boss and at the end of the World Cup I can give you the answer if you make me a good offer.”

Queiroz sought to shift attention to the problems in Britain.

“Think about what happened in your country with immigration,” he said, leaving the room to head to the training ground.

After playing England to open the World Cup group, Iran faces Wales and the United States, a country with which the regime has had no diplomatic relations for more than four decades.

Iran is competing in the tournament after FIFA resisted calls to ban the country’s team supplying Russia with weapons amid the war in Ukraine.

Russia, the host of the 2018 World Cup, was thrown out of the Qatar event for launching the full-scale invasion of Ukraine in February.