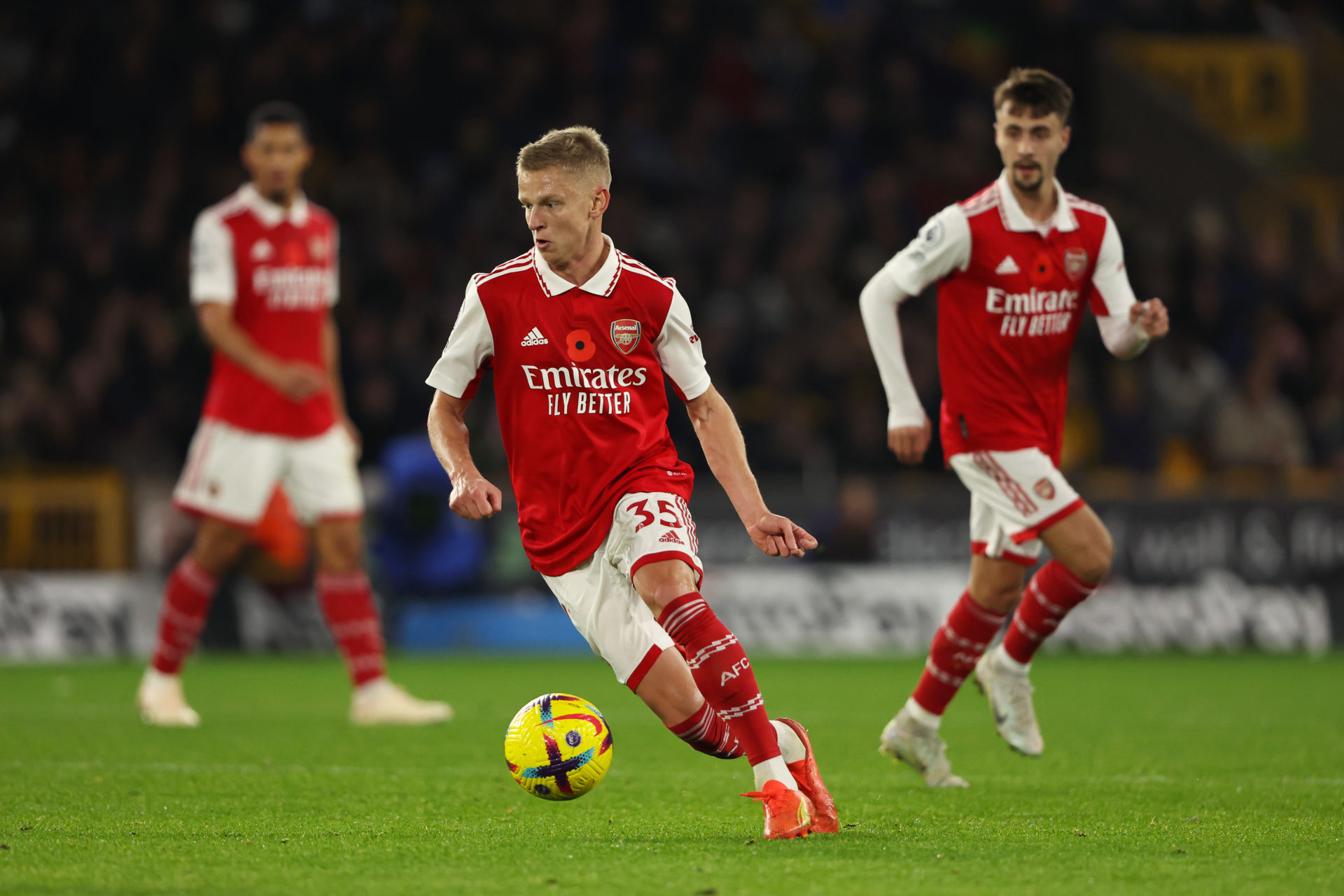 The Evening Standard reports that Arsenal defender Oleksandr Zinchenko was suffering from illness like Granit Xhaka on Saturday, but still played 90 minutes against Wolves.

The Gunners claimed an important 2-0 win at Molineux thanks to a second-half brace from their captain Martin Odegaard.

Xhaka was forced out within the first 15 minutes of the game due to illness.

But the 30-year-old was not the only Arsenal player to have stomach problems.

According to the Evening Standard, three or four other Arsenal players also came down with illness over the weekend, including Zinchenko.

The Ukrainian managed to see the whole game and put on a solid display as well. The 25-year-old returned to action at Stamford Bridge the previous weekend after being sidelined with a calf injury.

And it looks like he had to deal with another hiccup, but he was clearly itching to get over it.

Zinchenko has already missed nine league games through injury this season after a bit of an unfortunate start to his career at Arsenal.

But the former Manchester City player has really impressed when he has played with Mikel Arteta so far.

It’s impressive that he managed to play the full 90 minutes while suffering from illness. Gunners fans will be delighted to know that Zinchenko is already clearly committed to the cause in North London.

Zinchenko will remain at the London Colney for the next month after Ukraine failed to qualify for the World Cup.

It should give him a chance to improve his fitness as Arteta’s team will head to a training camp in Dubai.

Arsenal will face Lyon and AC Milan during the tour and Zinchenko hopes to regain his fitness for the match.