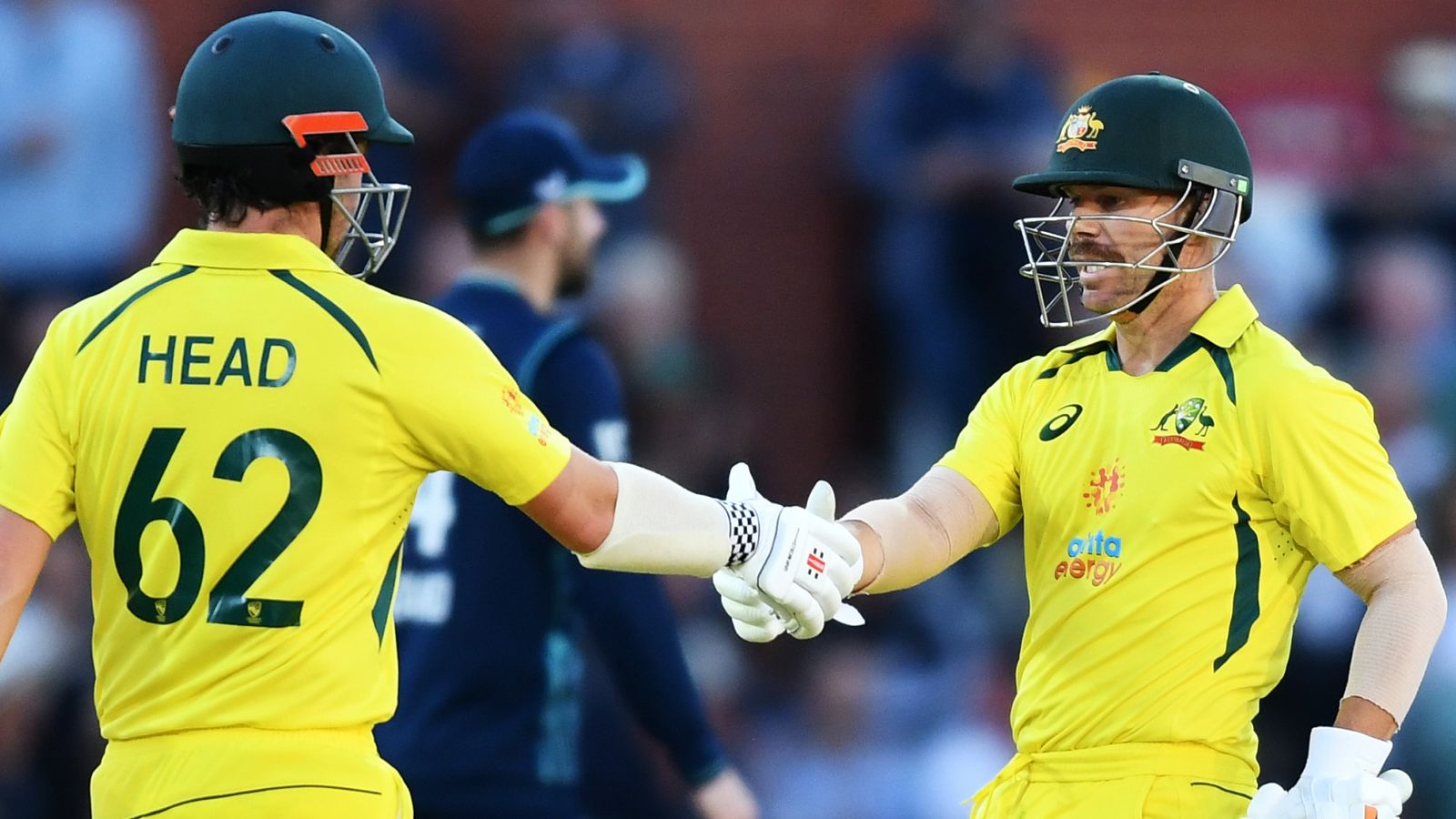 England’s reign as two white-ball champions began with a defeat as Australia secured a six-wicket victory in the first one-day international at Adelaide.

Dawid Malan fired a tremendous 134 from 128 deliveries to help a much-changed England post 287-9 from their 50 overs, having fallen to 66-4 after being brought up to bat by the hosts.

Australia got off to a rocky start to their reply, with top-scorer David Warner (86) and Travis Head (69) putting together a 147-run first-wicket partnership within the first 20 overs of their innings.

David Willey (2-51) was the English bowlers’ choice and bowled out Warner and Marnus Labuschagne in successive overs, although an unbeaten 80 from Steve Smith saw Australia comfortably chase their victory target of 288 off 19 balls of surplus.

England made eight changes from the side that won the T20 World Cup final, including an ODI debut for Lancashire’s Luke Wood, with Phil Salt, captain Jos Buttler and Chris Jordan the only players to retain their winning places from five wickets on Sunday over Pakistan.

Australia started strongly after choosing to bowl first having won the toss, with Salt beating a brilliant delivery from Cummins (3-62) to the second slip before Mitchel Starc bowled past Jason Roy (6) to the next.

Cummins also dropped Jason Vince cheaply and Sam Billings was dropped by Marcus Stoinis to leave England struggling 66-4, before Malan, who missed the T20 World Cup round of 16 through injury, led the comeback of the visitors.

Malan rode a 52-run fifth wicket stand with Jos Buttler (29) who was caught off Adam Zampa’s long-range bowling, while Liam Dawson made 11 before he was bowled off by Ashton Agar and Chris Jordan (14). he got caught. Zampa BPN.

Malan held the innings together, who brought in a scintillating second ODI century after 107 balls and added 60 for the eighth wicket with Willey (34 not out) to help England to a competitive total.

Malan recorded 12 fours and four sixes in his impressive hitting before holeing out Agar deep for Zampa’s third wicket, with Wood also contributing 10 late as England added 72 in the last 10 overs.

A maiden from Olly Stone in his opening only briefly halted an aggressive reply from Australia, which reached 50 inside the first eight overs as Warner and Head dotted the early boundaries.

Both players passed their half-century without issue and the England bowling rotation failed to find a breakthrough until 20th when Head (69) picked Salt at the limit of Jordan’s bowling.

Warner guided Australia past 200 before hooking Billings deep for the first of Willey’s two wickets in successive overs, as he also removed Marnus Labuschagne thanks to an excellent one-handed catch from Buttler behind the stumps .

England dropped the run rate and Alex Carey (21) was bowled out for Liam Dawson, though Cameron Green (20 not out) and Smith put on an unbeaten 47-run stand for the fifth wicket to see Australia home.

The visitors turned to Malan to try and produce a late wicket, but Smith signed his unbeaten 80 with a high high over the middle wicket to complete Australia’s victory with 19 balls to spare.

The ODI series continues in Sydney on Saturday, before the third and final match takes place in Melbourne on Tuesday. Both kick off at 3:20am UK time with one-on-one text commentary of the two matches live on the Sky Sports website and app.