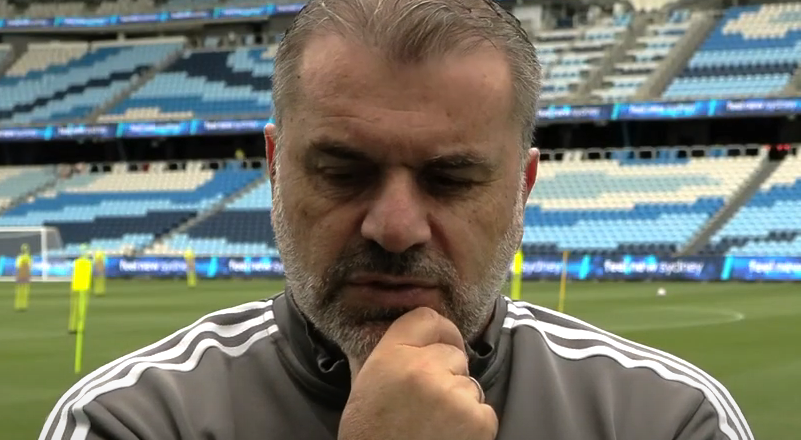 ANGE POSTECOGLOU he spoke to the Australian media after Celtic’s 2-1 loss in Sydney, telling them: “I’m not a fiddler.”

The manager wasn’t looking for excuses for his team’s incredibly sloppy performance when they fell to the home team in the opening game of the Sydney Super Cup.

The champions were unrecognizable from the team that has won 14 of its 15 Premiership games this season to take a nine-point lead at the top of the league.

This was a shadow team that was well off the rhythm against determined hosts who deserved their victory after coming back from an early goal by Kyogo Furuhashi.

GIRL FIVE…Kyogo Furuhashi and Captain James Forrest ceLebrate the only goal for Celta.

The local press and fans were intrigued as to what to expect from Postecoglou, who had not coached on Australian soil since stepping down as international manager in 2017.

Australian media reported that the hosts had “crashed” their former international boss’s homecoming and accomplished the feat with substitute goalkeeper Tom Heward-Belle and inexperienced defenders Aaron Gurd and Adrian Vlastelica.

When confronted by reporters in the post-match conference, Postecoglou refused to blame the long flight or plane ride for the loss.

The 57-year-old Greek-Australian told local media: “I’m not a fiddler, mate. We get to work.

“[The players] They’re probably tired, but so what? The game was today, not tomorrow.

“We were nowhere near that today.

“We set expectations and levels, and if we fall below that, it’s disappointing, regardless of the circumstances or the environment or the competition.”

Celtic play Everton in the second and final match of the competition early Sunday morning.