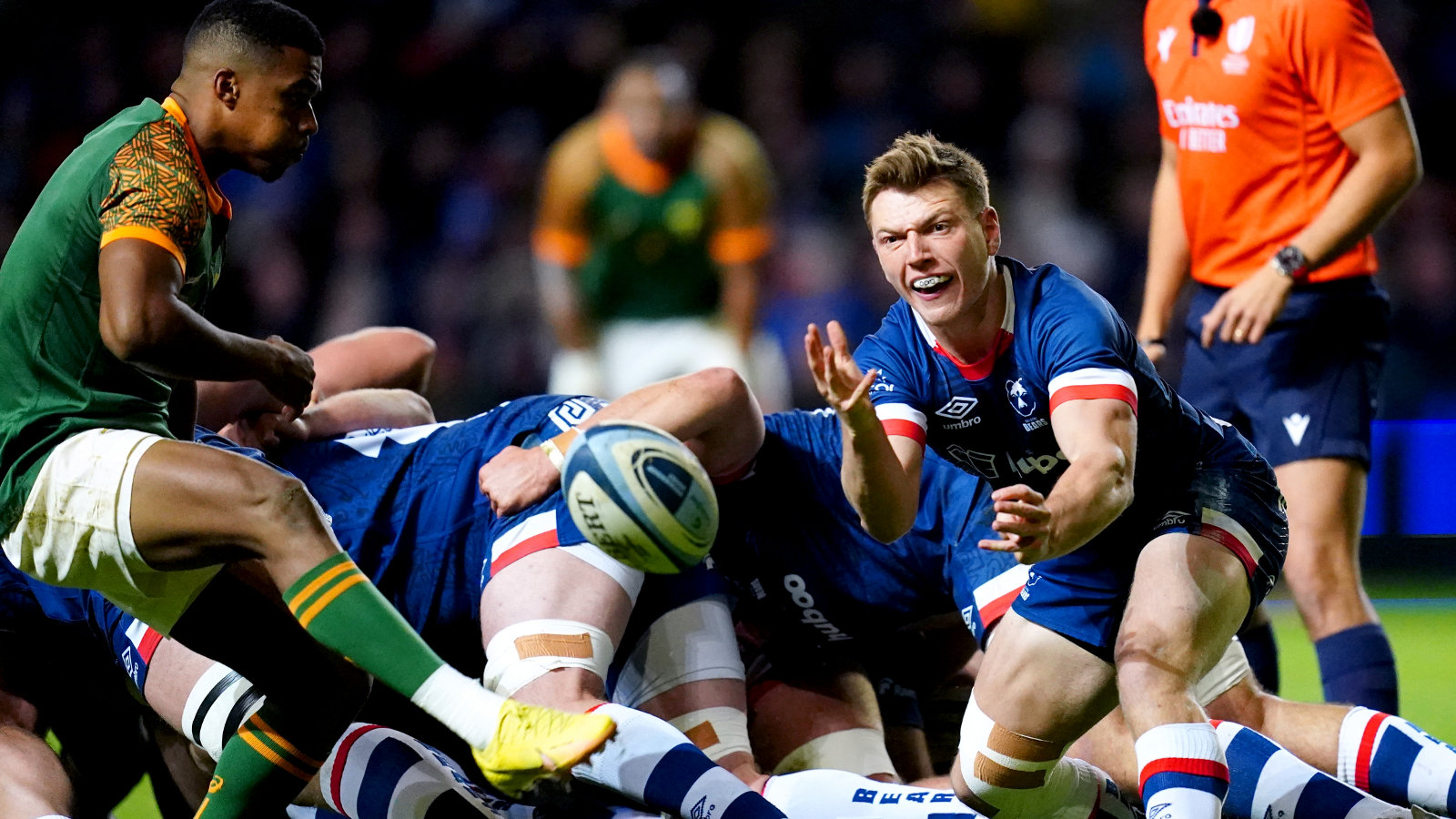 The Bristol Bears snapped a five-match winless run when they cruised to a 26-18 victory against ‘A’ South Africa in an entertaining clash at Ashton Gate on Thursday night.

The home side, who last won a Premiership game on 24 September, made the most of their triumph as they held the lead for long stretches and were rewarded with tries from Gabriel Ibitoye and Yann Thomas, with Callum Sheedy finishing with 16 points. launch after hitting four penalties and two conversions.

For the visitors, Ntuthuko Mchunu and Sikhumbuzo Notshe crossed the white line, while Sacha Feinberg-Mngomezulu scored a pair of penalties and Johan Goosen added a conversion.

South Africa’s ‘A’ had the better of the early exchanges and took the lead after three minutes, thanks to a Feinberg-Mngomezulu penalty after the home side were penalized for offside defense.

The next 10 minutes were a close affair as both teams battled for supremacy, but the visitors suffered a setback on 15 minutes when Jason Jenkins was shown a yellow card for a high tackle on Fitz Harding.

Sheedy scored the resulting penalty to tie his side before Feinberg-Mngomezulu put the visitors back in front with his second three-pointer from the kick tee. That lead didn’t last long as Sheedy restored parity when he hit his second penalty in the 25th minute.

Although the teams ran a lot during this period, the defense on both sides was outstanding, which meant there was little interesting to report on attack.

However, the game came to life in the 32nd minute, when Bristol launched an attack down the left touchline inside their opponents’ 22 and Luke Morahan did so brilliantly to blast an inside pass to Ibitoye, who ran in to score. the first trial.

Sheedy added the extras that meant the Bears held a slim 13-6 lead at the interval.

The opening exchanges of the second half were hotly contested, but the South African ‘A’ was rewarded on 48 minutes when Mchunu received an inside pass from Grant Williams before crashing for his team’s first try.

Feinberg-Mngomezulu went astray with her conversion attempt which proved to be a crucial mistake as two minutes later, Sheedy hit a 48-metre penalty that put more light between her team and their opponents.

That long-range effort reinvigorated Bristol and on the hour mark, Thomas stormed in from close range and Sheedy made no mistake with the conversion, meaning the home side held a 23-11 lead.

The South African ‘A’ needed an answer but made a lot of mistakes chasing the game and on 67 minutes Sheedy added another penalty after an indiscretion in the visitors’ defence.

That sealed the win for the Bears, though Notshe crossed for a consolation try late in the game to add some respectability to the final score.

READ MORE: Expert Witness: England legend Lewis Moody predicts victory for the All Blacks while providing fascinating insight into how to take on New Zealand