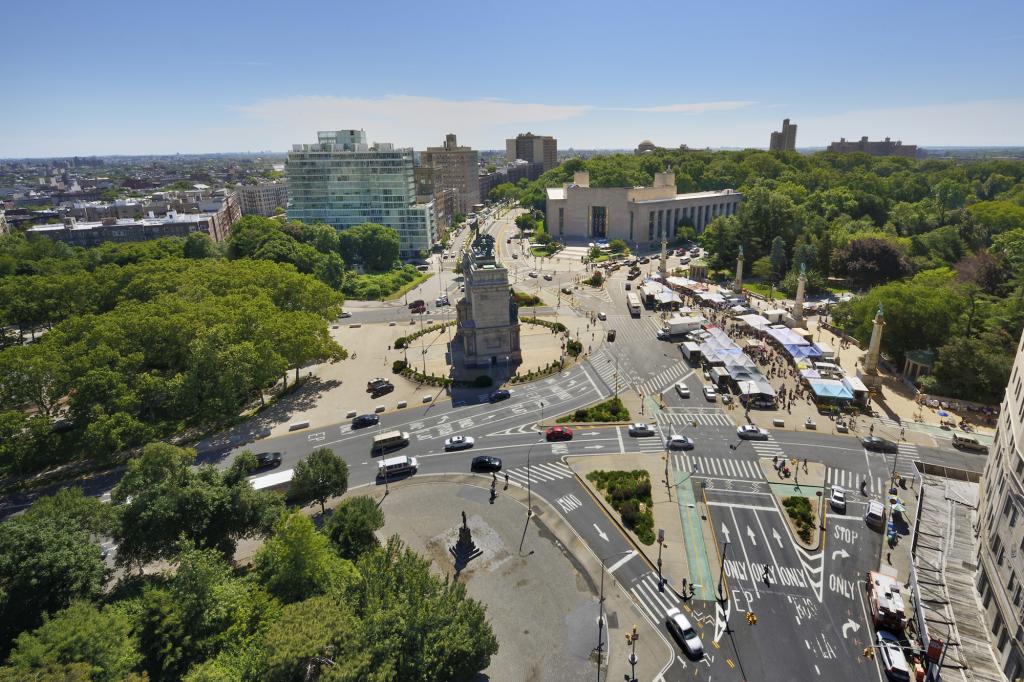 The city’s DOT may soon ban cars from entering Prospect Park as part of a plan to boost bicycle and pedestrian use by radically reducing the number of vehicles passing through the busy Grand Army Plaza.

A senior transit official said “nothing is off the table” when it comes to making the area more pedestrian-friendly as they presented three potential redesign ideas at a virtual neighborhood meeting on Wednesday.

Concepts ranged from a low-impact concrete construction of the existing car-free painted areas to a more ambitious design that would split the roundabout in half to connect the pedestrian plaza at the park entrance with the Soldiers’ Arch monument and sailors. In the center of the square.

“At the moment we are not taking anything off the table,” Deputy Commissioner Eric Beaton told Gothamist last week.

In 2018, the DOT completely banned traffic in the park, removing a small window in the morning rush hour in which drivers were still allowed on East Drive.

The area is packed with park-goers on the weekends, particularly when its popular farmers’ market is in operation, and has been the site of several fatal and near-fatal car accidents involving bicyclists and pedestrians.

City Transportation Commissioner Ydanis Rodriguez has said that “the future of New York City is car-free,” but Brooklyn-based street design consultant Mike Lydon said removing cars from the loop completely would be difficult to achieve given the traffic demand.

“It is a very difficult crossing. I think it could probably take up a fair amount of street space in the plaza, around the entire exterior/perimeter. Those are a bit redundant,” Lydon said.

DOT is only seeking comment at this time and has not begun drafting actual design proposals, a spokesperson said Thursday.

Interested members of the public can record their thoughts with an online survey, the spokesperson said.

Marc Russo, an attorney and a 44-year resident of Grand Army Plaza, said he believes DOT should change the area only minimally.

“It would create chaos. This proposal is crazy. It will put a lot of vehicles on the side streets,” Russo said. “They fixed it up about 10 years ago, and right now, except for an area by the library that could use some work, it’s very safe.”

“It’s all basically to help some egotistical maniacs who think the street grid is their own private playground. It’s very safe the way it is.”