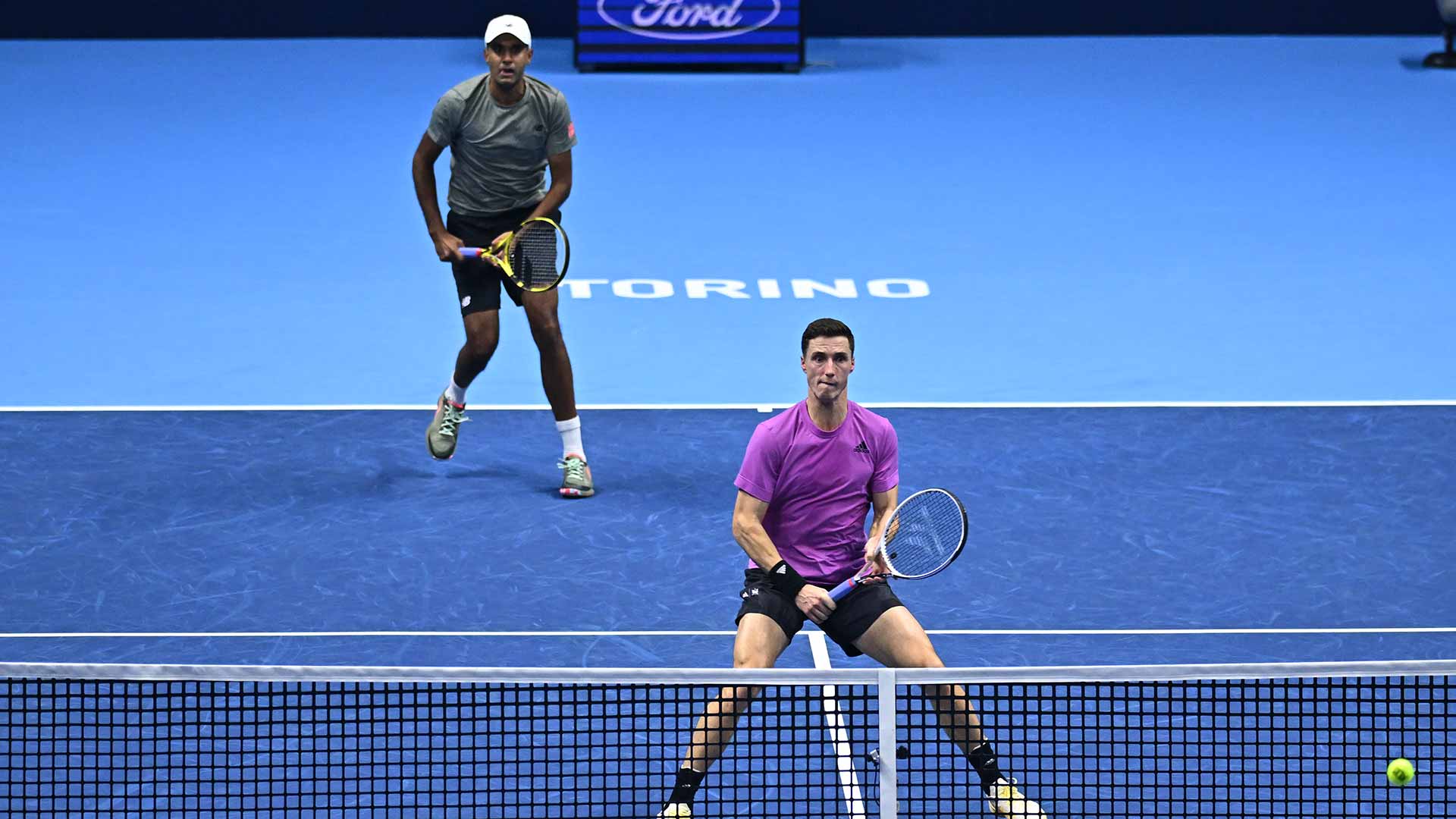 Rajeev Ram and Joe Salisbury surpassed a high-energy performance from Marcelo Arevalo and Jean-Julien Rojer on Thursday at the Nitto ATP Finals, where the second seeds posted a 3-6, 7-6(4), 10-5 victory to reach the semifinals.

Arevalo and Rojer got off to a fast start at the Pala Alpitour, where they needed a straight-set win to overcome Ram and Salisbury in the semifinal. They delivered the only break of serve of the match in the fourth game to take the first set, but were unable to match the consistency of Ram and Salisbury in the second set tiebreaker as the eight-time tour champions leveled the match and simultaneously confirmed their passage. to semifinals.

“It was pretty tense,” Ram said. “It’s not often that you find yourself in those kinds of situations where you only need to win one set to advance. I think we did a very good job driving it and we got better as the game went on.”

With victory in the Red Group encounter still on the line in the tiebreaker of the match, it was Ram and Salisbury who took the reins as they opened up what turned out to be an unassailable 6/1 lead in quick time, ultimately securing victory in a hour, 42 minutes.

“There was a lot of pressure,” Salisbury said. “In a way, it’s almost better that you know you have to win the game. So you just go out and win. I thought they played very well. We lost the first set. But we knew we had to get back to it. We weren’t playing our best tennis, but we fought hard and we’re happy with how we got through it.”

2021 finalists Ram and Salisbury seek their fourth tour-level title of the season at the prestigious season finale in Italy. The American-British duo were champions in Monte Carlo, Cincinnati and at the US Open this year, and now have a 35-14 record on the season.