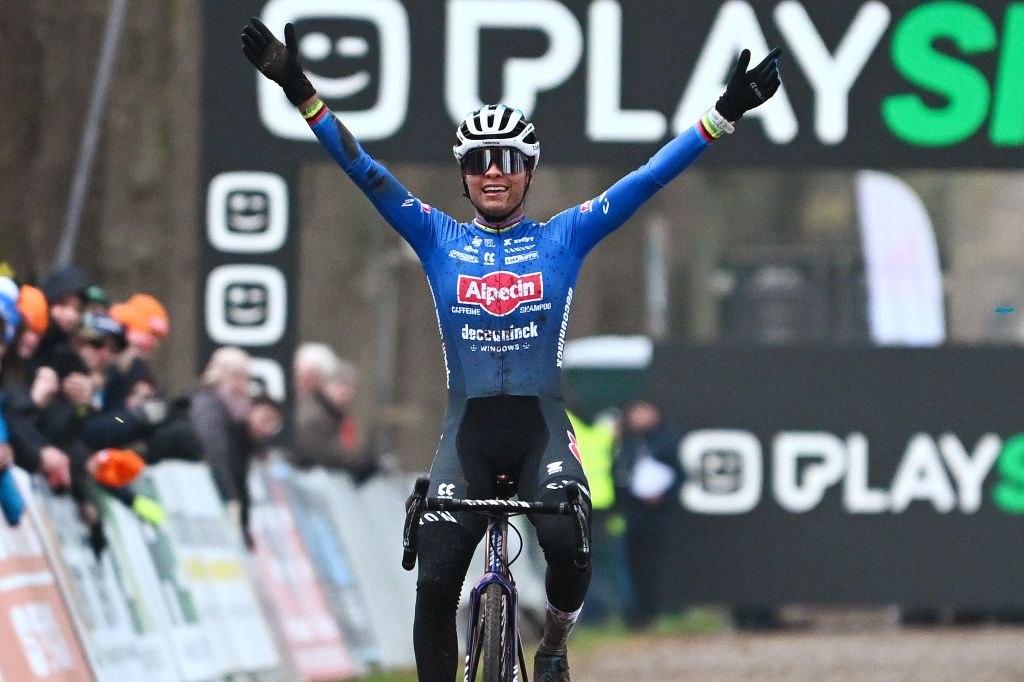 The former world champion, who had endured a difficult couple of seasons before her victory in Niel last weekend, went solo on the first lap and was never seen again.

Denise Betsema (Pauwels Sauzen-Bingoal) finished better than the rest after a long and futile chase, crossing the line 18 seconds down. Inge van der Heijden (777) completed the podium after 26 seconds.

“It certainly wasn’t easy today, even though it looked like it,” Alvarado said.

“I had to keep fighting on a very tough circuit. I was hoping to continue my Niel performance, I’m happy I managed to win again today.”

Alvarado described getting an “open start” from multiple world champion Marianne Vos (Jumbo-Visma), who flew out of the traps but soon fell back, eventually finishing tenth.

“I got a bit lucky with a good start from Marianne Vos. She dropped back and I had a clear path,” Alvarado said.

Alvarado made light work of the varied route, which even included a cobblestone sector in a circuit that also had sand, mud, bridges and forests.

After Vos faded, the rider she ousted as world champion earlier this year, Lucinda Brand (Baloise Trek Lions), made a couple of mistakes and paid the price, finishing fourth 33 seconds back.

Betsema and Van der Heyden gave chase and ran together for most of the race, but were unable to win back an unflinching Alvarado. Betsema left her teammate behind on the last lap, but at that point it was a contest for the minor positions.

After Brand crossed the line, 18-year-old Zoe Backstedt rounded out the top five with another very impressive display.

Fem van Empel, who has shone so far this season, was not competing, and neither was Shirin van Anrooij or Puck Pieterse. The best non-European finalist was the American Clara Honsinger in ninth place.

Alvarado’s victory also propelled her into the overall lead of the Superprestige series. He now ties Betsema with 43 points, but ranks first as he has won two races to Betsema’s one.

results driven by FirstCycling (opens in a new tab)