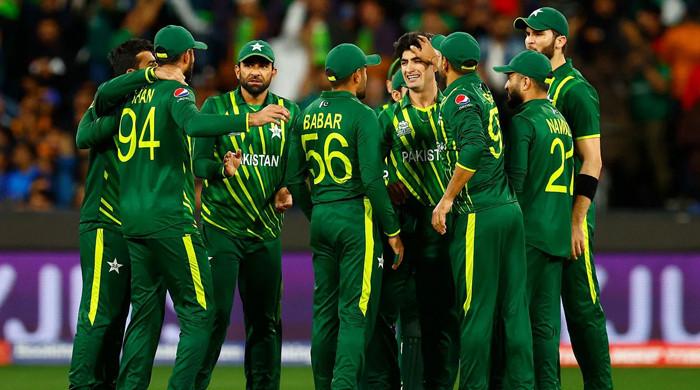 KARACHI: The Pakistan Men’s Cricket Team will have a busy 2023 with many interesting series and multinational events taking place.

International Men in Green engagements will include seven Tests, 11 ODIs and eight T20Is in 2023.

With 2023 just around the corner, here’s a look at the Pakistan men’s cricket team schedule for next year.

After the conclusion of the T20 World Cup 2022 in Australia, where Pakistan lost to England in the final, the unit led by Babar Azam is currently preparing for the Test series against the Barmy Army in their homeland.