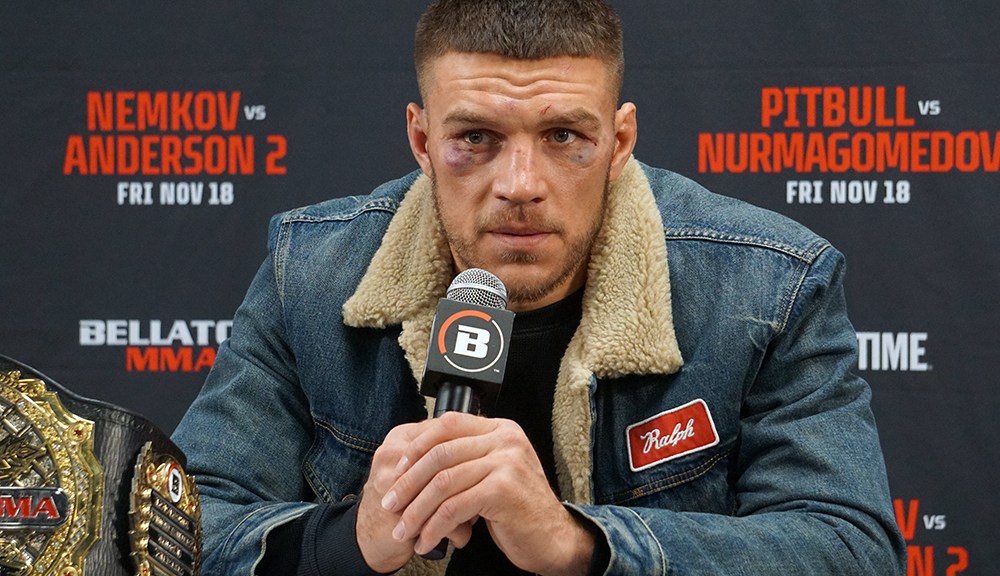 CHICAGO – Vadim Nemkov is a champion, and that’s all he cares about.

The Bellator light heavyweight champion defended his belt once again, defeating Corey Anderson via decision in Friday’s Bellator 288 main event. The title match served as the final of the promotion’s 205-pound grand prix.

Victory came with a $1 million prize for winning the tournament. But while that’s a sizeable bonus, Nemkov (16-2 MMA, 8-1 BMMA) is happier to remain champion and win the tournament than the money.

“As I said before, victory is more important to me than money,” Nemkov told reporters at the Bellator 288 post-fight press conference. “But when the million dollars hits my bank account, I’ll probably I’ll feel a little better, but it’s more important to get this belt and win a tournament of this magnitude. That’s what’s most important to me.”

The fight against Anderson (16-6 MMA, 3-2 BMMA) was a rematch, as they fought to no avail in April. The fight ended after an accidental illegal head butt knocked out Nemkov.

It was a difficult time for Nemkov, as the fight was not going well before the collision. However, he today feels that he gave an accurate representation of how he would fare against Anderson.

Nemkov already has a return date for his next title defense. The Russian fighter is expected to face Yoel Romero on February 4 at Bellator 290 in California.

“It’s an honor,” Nemkov said of a fight with Romero. “I watched him fight when he was just starting out, and I remember fighting him, and now I get to fight him, so it’s definitely an honor.”

For more information on the card, visit the MMA Junkie event hub for Bellator 288.

Bellator 288: The best photos from Chicago