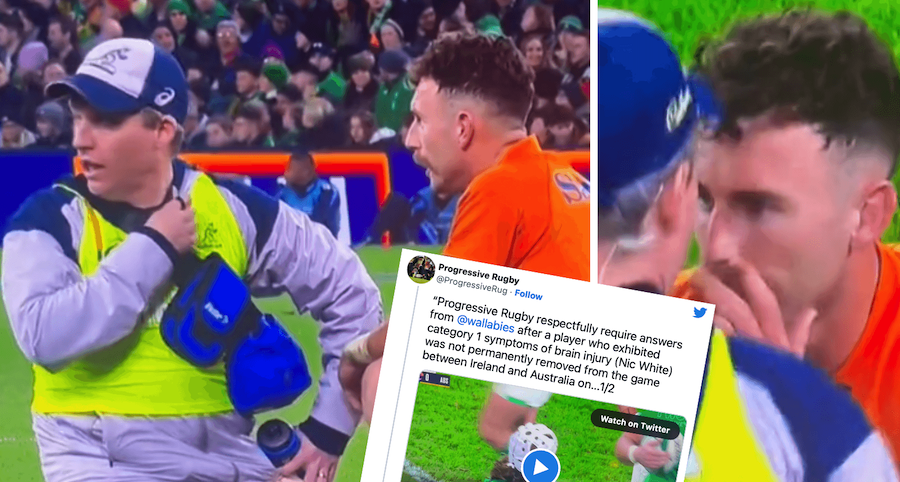 The watching world was taken aback as Wallabies scrum half Nic White returned to the field despite looking badly concussed.

But the unfortunate moment that stood out was White’s return to the field from an HIA.

Rugby union lobby group Progressive rugby wrote on Twitter: “Progressive Rugby respectfully requires responses from @wallabies after a player who exhibited symptoms of category 1 brain injury (Nic White) was not permanently removed from the game between Ireland and Australia on 19 November 2022.

White, clearly unsteady and dazed, instead underwent an HIA and was returned to the field.

“This is unacceptable and further deepens our concerns about the HIA protocol and whether it is adequate to adequately protect players.”

Dr. Lisa Ryan, a concussion researcher, tweeted: “Sorry… Am I really watching White return to Australia? What’s going on. He was clearly shocked.”

One fan added: “Nic White being allowed back on that pitch was a shame. Matt Williams speaking through his hoop. The guy couldn’t walk straight.”

“I’m really not sure how only white he has been allowed to return to the field. Very disappointing to see,” another commented.

A third wrote: “Seriously, what the hell is Nic White doing again? Shameful.”