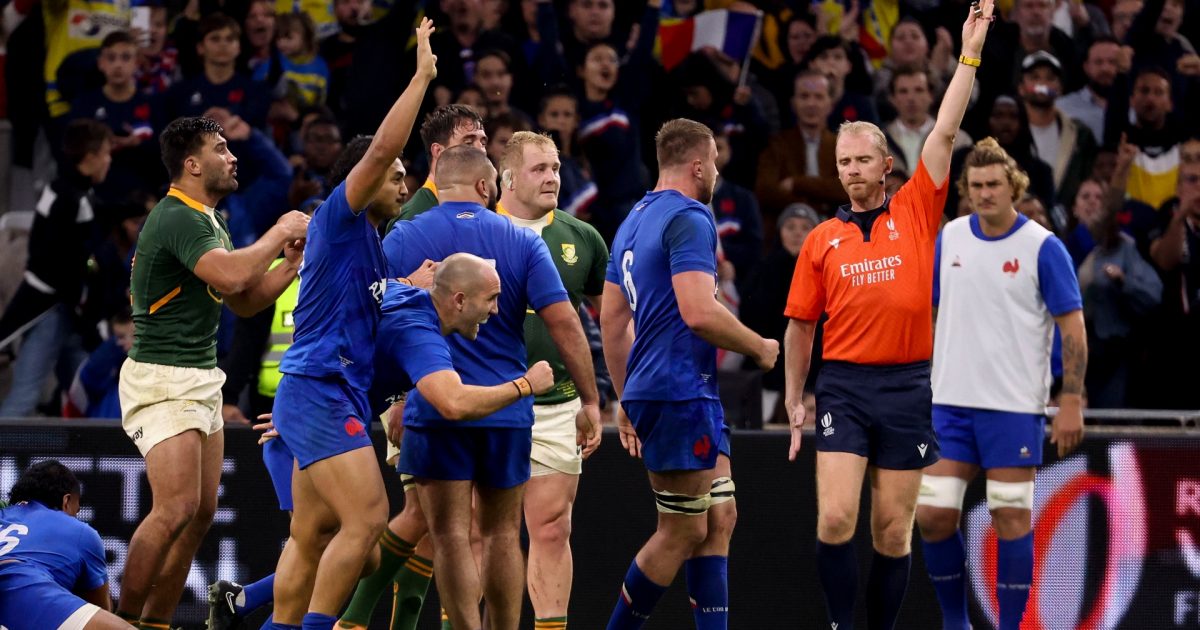 Nigel Owens has shared his thoughts on Sipili Falatea’s much-debated try that secured France’s victory over the Springboks in Marseille last Saturday night. The replacement right prop worked his way up to put his team ahead 27-26 with six minutes remaining in a fierce Fall Nations Series encounter that ultimately ended 30-26.

The match generated numerous talking points, with red cards resulting in four-game and three-game bans for the sent-off Antoine Dupont and Pieter-Steph du Toit. However, France’s decisive late try from Falatea was also a major talking point and the Test centurion, referee Owens, has now weighed in on the debate.

Reviewing the incident in the latest edition of Whistle Watch, his weekly rugby test series, Owens said: “Looking at Sipili Falatea’s try in the France-South Africa game at the end, people have been wondering why it’s not this double movement.

“Well, it’s very, very interesting and I have to say it’s also very, very difficult to judge because what you certainly have is a ball carrier who may not be tackled but is in a position where he’s unbearing his weight. .

“If you feel like he was tackled or he was down, he’s only allowed to set up in one move. So if he sensed that there was another movement and another movement while he was on the ground, then he would be seeing that the attempt was repulsed.

“If you felt like it was an impulse, that it was actually going to go down and then it made it through, like Wayne Barnes saw, then you would go for it. So I’m afraid to tell you that it’s really one of those difficult ones that are very, very difficult to call. What people have been asking me is why didn’t TMO come in and why didn’t they look at this again.

“Well, the TMO couldn’t get in because the communication system was down at the time, so the referee couldn’t hear the TMO and the TMO couldn’t talk to the referee. Wayne Barnes was there on the spot and he gives the decision and he sees it, so it’s one of those very, very difficult ones to make.”