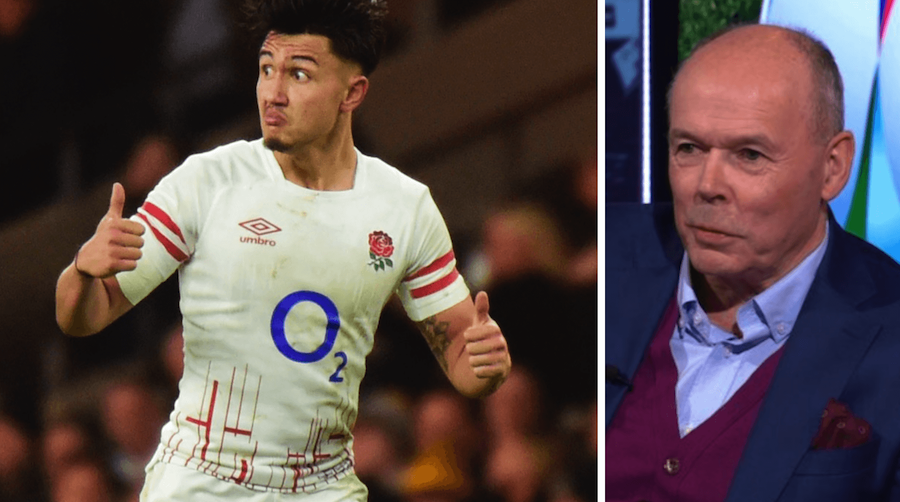 Sir Clive Woodward has criticized the ‘MAD’ decision by England playmakers Marcus Smith to deliberately kick the ball out of play with the score level against the All Blacks.

Eddie Jones’ men scored three tries in a stunning final eight minutes to salvage an extraordinary equalizer after being outplayed by New Zealand for much of their Autumn Nations Series match at Twickenham.

A furious Woodward wrote: “Had I been the England manager at Twickenham on Saturday night I would have been angry at Marcus Smith’s decision to kick the ball and accept the equaliser.

“I would have wanted to know why. For me, the option of Smith showed that the mentality of England is not in the same league as the other top teams.

“I don’t think New Zealand would have done that.

“I was so disappointed when Smith kicked the ball off. Everyone around me seeing Twickenham felt the same way. Some looked at me and said some words that cannot be printed! It was very disappointing.

“I could understand the boos from the crowd.”

Added Woodward: “The post-game comments that he trusts the players to make those decisions don’t buy me. Yes, England did well to rescue a part of the booty.

“Yes, England did well to score 19 points in the last 10 minutes to get something out of the game. And yes, New Zealand should have won.”

“I think New Zealand were superb in the first half. They were aggressive, they won the ruck and when they had the chances they were able to score.

“We resisted a lot and you always have the opportunity to attack, and in the end we had that.

“We included some of the things we’ve worked on: running straighter, attacking gaps, quicker support play and it was fantastic.

In five words or less

14. Jack Nowell (VC): Managed. He defended decently at all times. 6

12. Owen Farrell (center): He gave everything. He played through injury. 8